Hardik Pandya continued his brilliant form with the ball in hand as during the third ODI against England, at Old Trafford, he nipped out two of England’s most dangerous batsmen – Jason Roy and Ben Stokes breaking the ominous stand between the two of 54 runs off 47 balls.

The inconsistent bounce and Hardik Pandya’s recent mastery over hard and short lengths outdid the England duo, adding to Pandya’s growing reputation as a complete all-rounder in white-ball cricket.

While Roy was deceived by lack of bounce on his dismissal, top-edging his pull, Stokes was outdone by extra bounce and only managed to get the top part of the bat on it to lob up in the air for Pandya himself to run forward and gobble the catch. 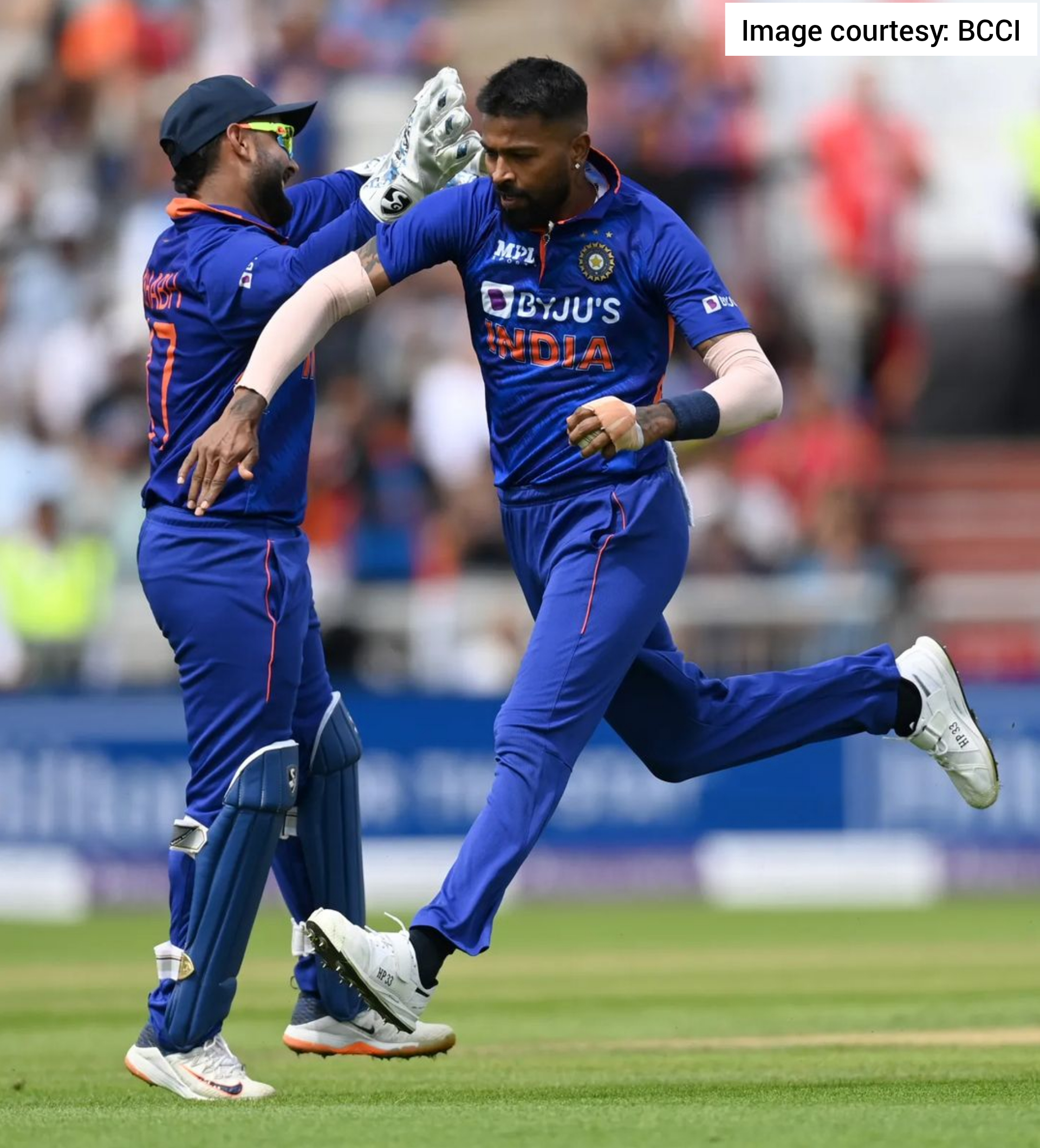 Hardik Pandya continues his rise as a proper all-rounder

Despite the dismissal of Jason Roy, Stokes was in no mood to abstain from his attacking instincts; Pandya must have sensed it too. So as soon as the left-hander gave him a charge down the pitch, the bowler, who was already determined to bowl length and hard lengths, banged it short into the pitch and in line with Stokes’ body who had come outside the leg.

The ball rose sharply into Stokes’ mid-region and all he could do was lay bat on it. With no power or timing in the shot – which even seemed to be an evasive action – Stokes shrieked out “Oh no” as he saw the ball go up in the air.

Both Rohit Sharma from mid-wicket and Rishabh Pant, the wicket-keeper, made a run in to catch the ball but they were never going to make it. Pandya continued on his bowling follow-through and sprinted forward to complete the catch

The Indian players were elated to see the back of the dangerous Stokes and in the background, the crowd went into a frenzied mode.

Here, you can watch the video how Pandya dismissed Ben Stokes: