Marks Out Of 10: England Player Ratings In Their ODI Series Defeat To India 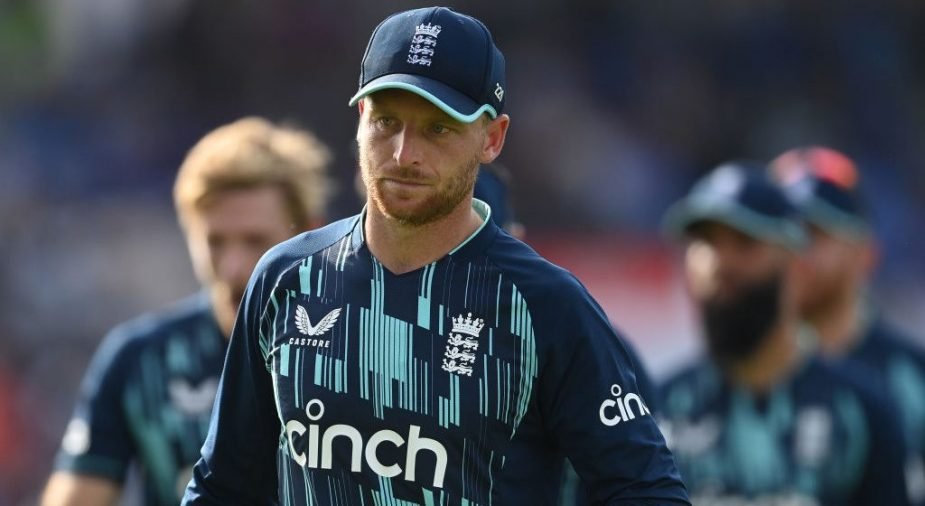 The start to Jos Buttler’s tenure as ODI skipper did not quite go as England would have liked, with his side succumbing to a 2-1 defeat in a relatively low-scoring series.

Here’s how the 11 players used by England fared across the series:

An England white-ball great, Roy experienced a lean pair of series against India across both international limited overs formats. His 41 in the series decider was the only time he passed 30 across the six matches.

Bairstow was unable to carry over his extraordinary Test form into the ODI arena. A rare quiet series in ODI cricket for the England opener.

A series to forget for Root who registered two ducks and an 11 across the three games.

Another to struggle against India’s excellent new-ball attack. Stokes was used sparingly with the ball, sending down just three overs in the series.

A losing start to his reign as ODI captain. His half-century in the third ODI helped rescue England after another top-order collapse but his missed stumping to dismiss Rishabh Pant early in his innings arguably cost his side the series.

Livingstone came in earlier than was ideal as a result of the top order’s struggles and arguably struggled to find the right tempo as England sought to rebuild their innings, a fact perhaps recognised by England in the third ODI, promoting Moeen Ali to No.6. Livingstone was twice caught hooking on the fence and while the mantra of this England side is to always look to attack, those shots arguably bordered on reckless given the match situations he found himself in.

England’s best batter in the series, though that it is a title that says little. He batted with composure after England’s collapses at Lord’s and Old Trafford and bowled tidily and should have had Pant early in the series decider.

Willey picked up just a solitary wicket – that of Virat Kohli at Lord’s – but he was generally accurate and the pressure he created with the new ball in the second ODI no doubt played a role in Reece Topley’s success at the other end. Like Moeen, Willey played important hands in England’s recovery efforts with the bat to give England something to bowl at in all three ODIs.

The beneficiary of England’s decision not to deploy Matt Parkinson as something close to a like-for-like replacement for Adil Rashid. Overton bowled slightly better than his figures suggested, tasked with hitting the pitch hard in the middle overs. He dismissed Suryakumar Yadav with a snorter at Old Trafford but that was his sole wicket in the series. It is hard to see Overton retaining his place upon the returns of England’s more established ODI quicks.

Carse bowled with decent pace as he continued in ‘the Liam Plunkett role’. He will want to show that he is a more versatile bowler than that in white-ball cricket.

A sensational series for Topley who recorded England’s best ever figures in ODI cricket at Lord’s. He went halfway to repeating the trick at Old Trafford, dislodging all three members of India’s famed ODI top three. A seriously impressive outing for Topley who will surely now be in England’s plan at next year’s World Cup in India.

Harsha Bhogle Explained Why Mohammed Siraj Is A Special Bowler