Marks out of 10: Player Ratings For India After Their 2-1 ODI Series Victory Against England 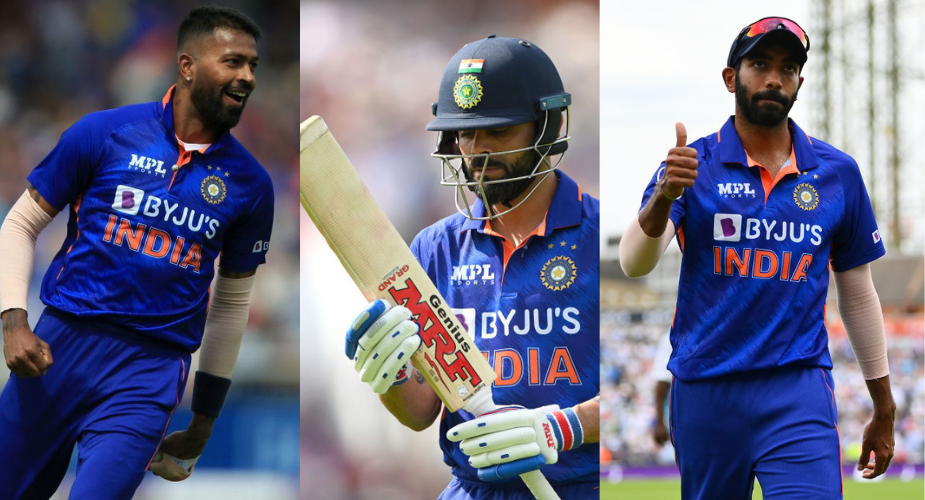 India coasted to victory at Old Trafford to clinch the three-match ODI series against England 2-1. Prior to that, they humbled the hosts at The Oval, with a defeat at Lord’s sandwiched between the two positive results. Here is a look at how India’s players fared in the ODI series.

Rohit began the series brilliantly and scored a half-century in victory at The Oval. His form tapered off thereafter, although his decision-making on the field was largely impressive.

A lot was expected of the veteran, considering he was not part of the T20I squad. Unfortunately for Dhawan, he didn’t make his chances count. He looked scratchy throughout the series and never seemed like he could break out of that rut.

Akin to Dhawan, Kohli struggled for rhythm through the ODI series. He produced a few trademark drives at Lord’s and Old Trafford but they were followed by loose wafts outside off stump – shots that, unsurprisingly, led to dismissals. The wait for his 71st international century goes on.

Pant’s series threatened to go awry when he chipped a full toss tamely to mid-on at Lord’s. But then, like he almost always does, he bounced back just when India required him most. At Old Trafford, with India staring down the barrel, he produced an innings for the ages. He took his time at the start before accelerating and propelling India to a 2-1 series victory. This could be the series where things start falling into place for the wicketkeeper in ODI cricket.

Suryakumar, who dazzled during the T20I series, wasn’t quite at his best in the 50-over format. He threatened to take the game away at Lord’s before chopping on to Reece Topley. A game later, he had the opportunity to leave a mark but fell for 16. A slightly uninspiring series after the highs of what preceded it.

This was a series that told everyone how important Pandya is to India’s white-ball plans. He rescued India with the bat at Old Trafford and broke set partnerships. Pandya comfortably outperformed his opposite number Ben Stokes. That tells you a story in itself.

Jadeja didn’t have a lot to do with bat or ball throughout the series. At Lord’s, he ran out of partners during a tricky run-chase. A game later, he just had to stay at the other end as Pant weaved his magic. In that third ODI, however, he did pick up the massive wicket of Moeen Ali – a scalp that possibly tilted the momentum in India’s favour. On the field, Jadeja was at his best, plucking catches out of thin air and helping India maintain pressure on the England batters.

Bumrah was at his irresistible best in the first ODI, picking up a career-best six-wicket haul. He made the ball talk during that particular spell and proved that he remains just as effective in the ODI format.

Shami was a tad expensive at Old Trafford. At Lord’s and The Oval, though, he seamlessly clicked into gear. He extracted movement during the powerplay and was a constant menace throughout the middle overs, too. Another series that highlighted just how crucial Shami remains to India’s ODI setup.

Krishna came into the series high on confidence after a terrific outing against the West Indies earlier in the year. However, he couldn’t quite live up to his billing and was often the bowler England targeted. He leaked runs at 5.77 runs per over and couldn’t contribute much in a wicket-taking sense either.

Chahal didn’t have much to do at The Oval. At Lord’s and Old Trafford, though, he kept the batters guessing with his combination of drift, guile and spin. He was expensive on the odd occasion but was on hand to deliver breakthroughs whenever his side needed.

Siraj was called into action at Old Trafford after Bumrah was ruled out with a back injury. He made an immediate impact, sending back Joe Root and Jonny Bairstow in his opening over. He was expensive thereafter, shipping 66 runs and gifting England some important lower-order runs.

Shreyas started the series in Kohli’s absence. However, he did not get to bat at The Oval, with Dhawan and Rohit chasing England’s total down with ease. When Kohli returned from his injury layoff, Shreyas was the one to miss out.