Pakistan captain Babar Azam struck his 7th Test century on Sunday as he kept his team alive in the Galle Test against Sri Lanka where at one point the hosts threatened to take a big lead.

Babar Azam put on a masterclass against spin bowling, ending with 119 runs out of Pakistan’s total of 218 in reply to Sri Lanka’s 222. No other Pakistani batsman could score more than 20 as their skipper had to carry the batting line-up and put up a stunning one-man show to keep his side afloat.

During this innings, wherein he struck 11 classy boundaries and a couple of disdainfully hit sixes, Babar also crossed the 10,000 international runs mark to become the 11th Pakistani batsman to go past this landmark. 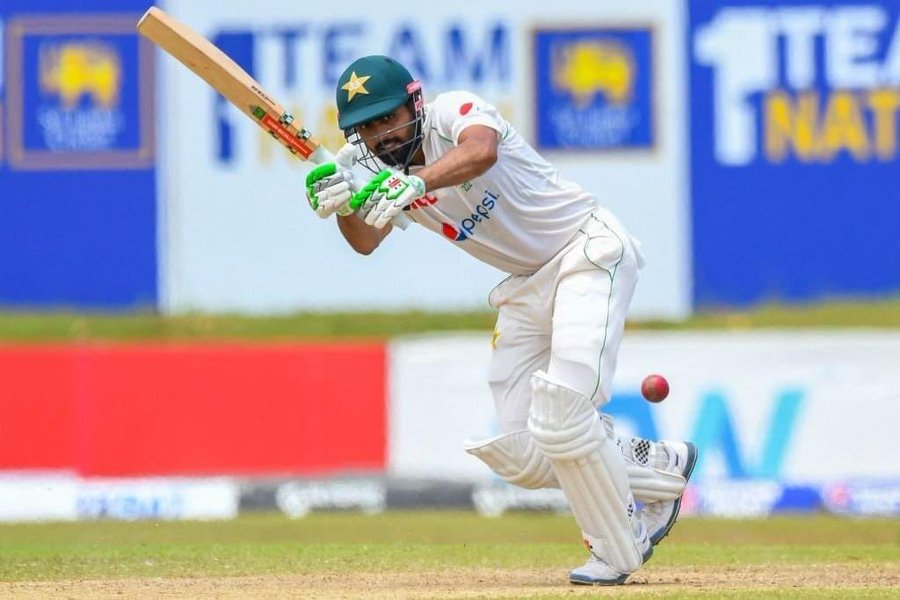 He achieved this milestone in his 228th international innings, hence becoming the fastest Asian batsman to score 10,000 international runs – breaking Virat Kohli‘s record of 232 innings – and overall is the fifth fastest; only four other batsmen – Joe Root (in 222 innings), Hashim Amla (217 innings), Brian Lara (220 innings) and Viv Richards (206 innings) – have done it in fewer innings than Azam.

Babar came into bat after Pakistan had both their openers for 21 runs. As he tried to hand around, and be patient with the scoring, he saw wickets fall at the other end and Pakistan were reduced to 85/7, then to 112/8 and then to 148/9.

Babar started to open his arms but also found it difficult to get regular boundaries as Sri Lanka put fielders in the deep and Babar couldn’t rotate strike early in the over with number 11 Naseem Shah in the company.

However, slowly the pair started putting up a partnership with Naseem hanging around and surviving. Babar reached his hundred and put on his dancing shoes to loft the spinners before Theekshana had him eventually. 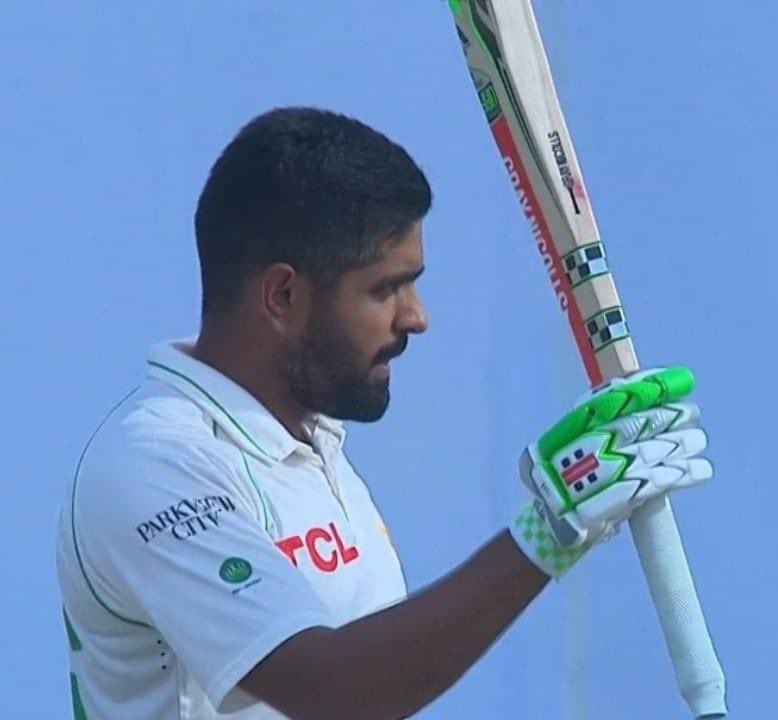 The 10th wicket partnership between Babar and Naseem yielded Pakistani 70 runs out of which Naseem scored only 5 but made a great effort to hang around for 52 balls. With Sri Lanka gaining only a 4-run first-innings lead this game has now become effectively a second-innings shootout, all thanks to Babar Azam’s splendid century.

Twitterati was in full praise of Babar Azam’s class and temperament to tackle the Lankan spinners on a spinning pitch and his ability to bat with the tail.

Here are some of the best tweets hailing Babar for his brilliant century:

Babar once again proving his stature with an extraordinary innings under immense pressure! Great support by Naseem, Pakistan right back in the match. Shaheen and the rest of the bowlers have it in them to restrict SL to low total and setup a win. Great game to watch! https://t.co/fMJwPFWPEn

Babar Azam playing the best Test knock of his career.

Naseem Shah deserves immense adulation and credit for his commitment in assisting Babar to that hundred.

Hundred for Babar Azam, one of the finest knock ever, Pakistan was 85 for 7 and then captain smashed a brilliant hundred. pic.twitter.com/IP3s7OLeOH

Hundred For Babar Azam. One Of The finest innings in Test History.
His 7th in Test Cricket.
He’s the Big in World Cricket Right Now.#PAKvsSL

One masterclass after the other from Babar Azam, first on twitter, then in Galle.

Century by Babar Azam, a great innings. He’s been a lone warrior for Pakistan in this innings, no one else even scored 20. A great knock. pic.twitter.com/yccCLSPKaG

What a moment it was!!

Most international hundreds since January 2020: