If The Message Wasn’t Clear Before, There Is Simply Too Much Cricket 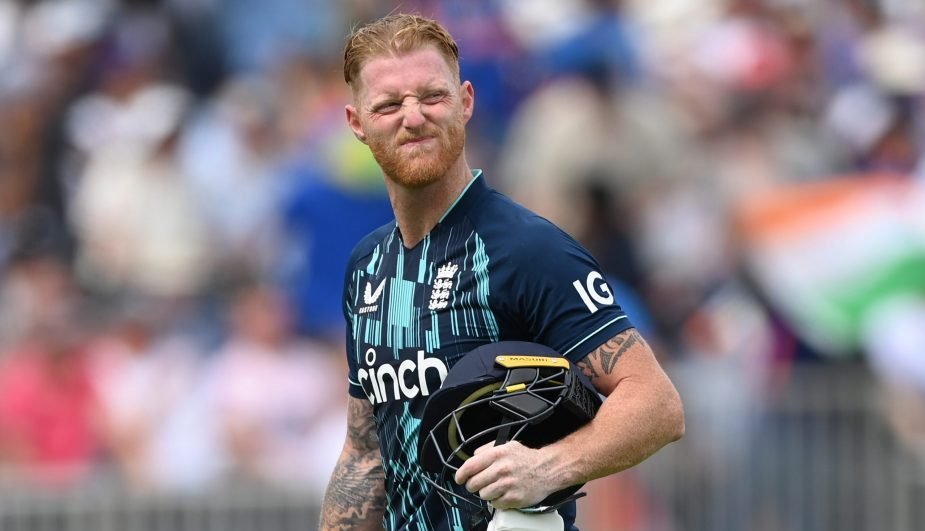 Ben Stokes’ ODI retirement has coincided with reports of a near-final draft of the ICC Future Tours Programme for 2023-27, and both should worry cricket fans, writes Cameron Ponsonby.

Can I interest you in everything, all of the time?

This winter, England will go to Pakistan, Australia, New Zealand, South Africa and Bangladesh, with a T20 World Cup in there too. This schedule is not a wave about to break, but one that has already broken.

It’s a mess that is known and spoken about by those who experience it most harshly. At the end of the tour of the Caribbean, interim head coach Paul Collingwood described the upcoming fixture list as “horrific”, whilst Ben Stokes, upon being announced as Test captain, called it “ridiculous”.

He recently pulled out of The Hundred in order to be able to focus on Test cricket, a competition of such importance to the ECB (who the all-rounder is in effect the face of) that they have given it a three-week window in the calendar in the height of summer for the next five years. It’s another example of the squeezing of the English cricketing calendar, but missing that alone was never likely to be enough.

And so it has proved. Stokes, one of the superstars of the modern game, is retiring from ODI cricket, citing three formats as being “unsustainable” for him. “My body is letting me down because of the schedule and what is expected of us,” he says.

Anything and everything, all of the time.

The contradiction here, and the real evidence of a broken sport, is that this is true only for those at the top. Outside of the big three, cricket’s constituents are craving nothing more than cricket of their own that “matters”. According to a leaked draft of the next ICC Future Tours Programme, of the 42 Tests England are to play between 2023-27, 20 will be against either Australia or India. Of the 41 Australia will play, 20 will be against either England or India. And of the 38 India play, well, you get the idea.

Furthermore, if the biggest cricketing nations playing against each other in the biggest and longest series forever and always for the rest of time isn’t enough to interest you then fear not, because every year from now until 2030, there will be a global ICC men’s competition. World Cups are special as they don’t come around every year, except now they do. Apathy’s a tragedy and boredom is a crime.

Ireland haven’t played a Test since 2019. West Indies won’t see England return to their shores until at least 2027. The ODI Super League has been scrapped. Rather than playing tier one nations in meaningful fixtures, the likes of the Netherlands, Afghanistan and Zimbabwe will return to competing to be the winners of the prestigious ICC Glass Ceiling team of the year.

Such is the severity of the situation that Cricket South Africa this week forfeited their ODI series against Australia, a move that puts at risk their qualification for the 2023 Cricket World Cup, in order to prioritise the launch of their own domestic T20 tournament.

“The reality for countries like us,” Cricket South Africa CEO Pholetsi Moseki explained,”is that you only make money when you play India. In the post-Covid year, we hosted England and Australia and we still made a loss. So we have to look at other options.”

India. The Angel Gabriel and Grim Reaper of international cricket, capable of providing life with their presence and death with their absence, are in effect so powerful that they are the lifeblood of the rest of the game.

And what do you do with such power? Play Australia and England, of course, or failing them, yourselves. From 2023-27 over half of India’s Tests are against one of the two, whilst the IPL will further expand to take up almost a quarter of the calendar year.

The mess that has been made here is that now every nation has to attempt their own domestic league in order to do something, anything to make cricket in their country sustainable. The result: there is even less time for international cricket, while England, India and Australia are set to play each other even more.

Cricket has to learn that quality and value can lie in scarcity, otherwise the result will be, if it hasn’t happened already, that cricket loses what little meaning it carried anyway.

In an interview with The Grade Cricketer, Australia’s Marcus Stoinis spoke of the emotions that followed after he had almost single-handedly won a World Cup game for his country against South Africa.

“If we’re speaking honestly, as sportsmen, there’s a split second of emotion that comes out, but the game’s so hard and you play so often with so many ups and downs that you just move on pretty quickly.

“The reason we talk with such cliche about process and all that sort of stuff is that the results change so much that if you judge yourself on every performance you’ve got no chance [of coping].”

The schedule breaks players physically and forces them to disengage mentally, all whilst serving three boards seemingly content with playing only each other. There is too much cricket.