The Indian cricket team defeated England by five wickets in the series decider on Sunday in Manchester to register the historic three-match ODI series win. Team India put up a stellar all-around show in the 3rd and final game of the tour to win the contest by 2-1. Rishabh Pant and Hardik Pandya were the stars of the night as their amazing performances helped the Indian side register a stunning win.

While Siraj and Chahal were impressive with the ball, Ravindra Jadeja was a livewire in the field as he picked some impressive catches. Later on, he played the role of an anchor from the non-striker’s end as Rishabh Pant smashed the England bowlers to all the corners of the ground. 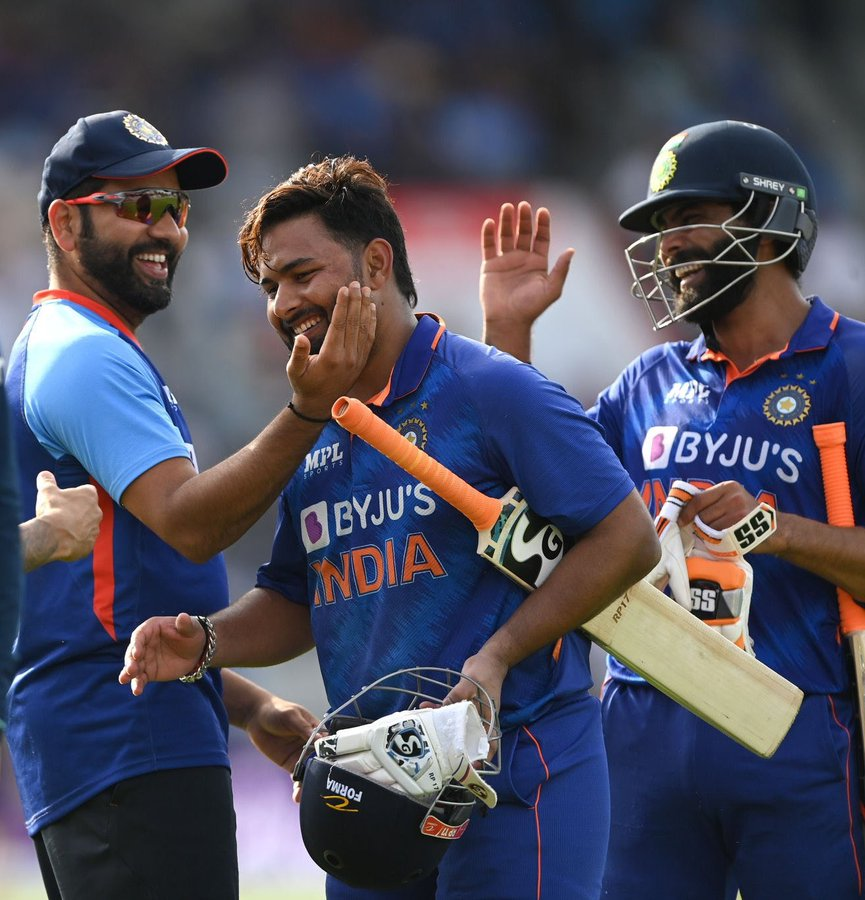 With another dominating performance, team India sealed another win under the leadership of new captain Rohit Sharma. This was the 7th consecutive series win under Rohit Sharma ever since his appointment as India’s full-time captain in November 2021.

After Hardik was sent back to the dugout, Pant took the charge of the game and went crazy as he smashed some stunning shots, including 5 back-to-back fours. Rishabh Pant took India past the finish line, and it was the reaction of Indian captain Rohit Sharma from the dressing room that caught everyone’s attention. Rohit made a thumbs-up gesture to Pant after the job was done, to which Pant replied by doing the same. The video of the same has been going viral on the internet.