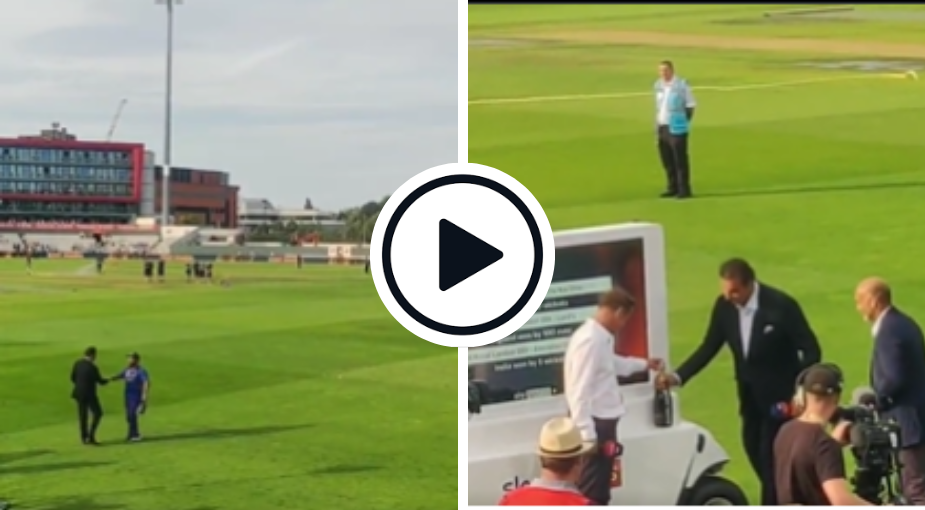 Watch: Rishabh Pant handed over a champagne bottle, which he received for winning the Player of the Match award after striking his maiden ODI hundred, to former India coach Ravi Shastri during a brief reunion following  India’s win over England on Sunday.

Walking in to bat at 21-2 with India chasing 260 for a series win in the third ODI against England, Pant steered the ship with an unbeaten 125 in 113 balls at Manchester. His innings was laced with 16 fours and two sixes, including five boundaries in a row in the 42nd over, and helped India clinch the game with 47 balls to spare. It was Pant’s first-ever ODI ton, having earlier hit five fifties in 23 innings.

The wicketkeeper was awarded the Player of the Match award for his match-winning efforts and was also given a bottle of champagne along with a medal to honour his achievement. After the post-series presentation, a crowd video captured Pant walking with a champagne bottle toward Shastri – who stepped down from the post of India’s head coach last November – and was part of the Sky Sports commentary team for the tour. The duo shared a hug and chatted briefly before the 24-year-old handed over the bottle to Shastri.

A few moments later, Virat Kohli was seen gesturing towards Shastri and raising the bottle.