World-renowned cricket commentator Harsha Bhogle celebrated his 61st birthday on Tuesday, July 19 as the Hyderabad-born engineer-turned-MBA-turned-sports broadcaster entered another year of his life.

Bhogle has been in the cricket broadcasting and commentating field for about three decades now and has covered the game around the world, garnering respect and love from co-commentator, cricketers and fans alike.

Harsha Bhogle is revered as the ‘Voice of Cricket’

Regarded as the ‘Voice of Cricket, Bhogle is doted on by the Indian fans for his poetic commentary style and melodious voice, and is someone who often comes up with funny yet accurate metaphors for cricket and cricketers with the events of life bringing a smile on the face of the listeners.

Wishes and tributes on Bhogle’s birthday galore on Tuesday. Fans and cricketers sent in their love for the 61-year birthday boy. 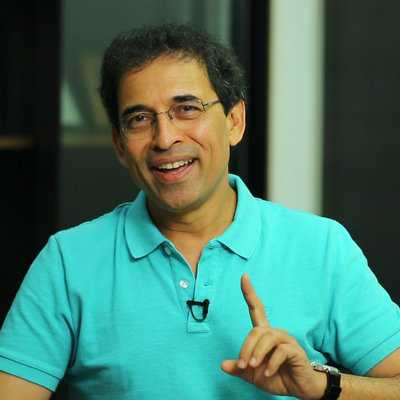 Among many, one special wish came from legendary Indian batsman Sachin Tendulkar. The Indian batting great shares a great bond with Harsha Bhogle who has covered Tendulkar’s career throughout and both have worked together as well for various events such as book launches, show programmes, etc.

“Happy birthday @bhogleharsha! Wishing you a year full of happiness & good health. May you continue to entertain everyone with your commentary for years to come,” Tendulkar tweeted.

Wishing you a year full of happiness & good health. May you continue to entertain everyone with your commentary for years to come. pic.twitter.com/LXyvgTyH4c

Bhogle is quite easily the most successful and most famous non-cricketer in the cricket field. He started commentating at the age of 19 with All India Radio while living in Hyderabad.

In 1991/92, he became the first Indian commentator to be invited by the Australian Broadcasting Corporation (ABC) during India’s cricket series before the 1992 Cricket World Cup. He continued his association with the BBC and did commentary during the 1996 and 1999 World Cups for the Australian broadcasting company.

During that stint in Australia in1992, Bhogle was rated as the possessor of the “sexiest voice on radio” and in 1999 a poll on an independent website rated him the number one commentator for the season.