Seven Options To Replace Ben Stokes At No.4 For England In ODIs 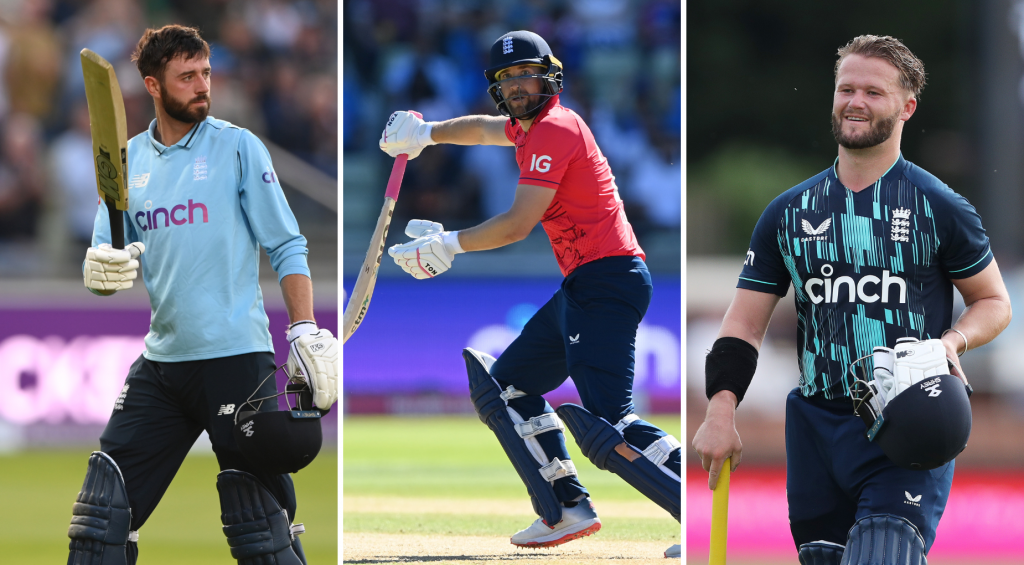 With Ben Stokes retiring from ODI cricket, England have a gap at No.4 in their batting line-up to fill.

He finishes his ODI career with a superb record with the bat with his crowning moment his famous innings of 84 not out in the 2019 World Cup final. With the ball, Stokes took 74 wickets with a best of 5-61.

It will without doubt be with the bat where his presence is most acutely felt, with England facing a conundrum of how to replace the newly promoted Stokes at four, who himself had only moved there permanently due to Eoin Morgan’s recent retirement from international cricket. Below are seven options England have to replace their talismanic left-hander.

One option is to bring in the 23-year-old Harry Brook. Widely considered to be England’s next cab-off-the-rank across all three formats, England are keen to expose Brook to international cricket as they believe he could be a long-term option for them in red and white-ball. One area of concern, however, would be his lack of List A experience. Brook has played just 15 List A matches in his career, the last of which was in 2019. However, if they see him as a potential option for the World Cup next year, given he will be playing in The Hundred and will therefore be absent for the Royal London One Day Cup, England’s ODI side will be the only chance he has to learn his craft in the format.

Vince scored a maiden international century in the last ODI he played for England just over a year ago. Vince is widely considered as one of the best players in the domestic game but one that hasn’t quite reached the heights expected of him in international cricket. His innings against Pakistan last year removed the monkey off his back of never having scored an international ton, but nevertheless he found himself out of the squad for the recent Netherlands series. However, with Morgan and Stokes now retired, could there be a way back in for the Hampshire captain?

An England Lions regular and as of early 2021 the holder of the highest List A average of all time. Hain’s low risk, rotating the strike method has previously potentially been held against him. But, Hain has added power to his game – something that was evident in both the last two seasons of the Blast, most recently with him being a part of a record-breaking Birmingham Bears side who passed 200 on seven occasions in the competition. Nevertheless, if England want a middle-over rotator to compliment the fireworks of Buttler and co. Hain is an option.

Duckett has quietly become one of the best all-format batters in the country. Once known for his white-ball prowess he now averages north of 40 in first-class cricket whilst a strike-rate of over 160 in this year’s Blast goes to prove his all-round ability. Duckett was also a part of the Lions XI that faced South Africa in recent weeks and impressed with 85 and 44 in his two innings. Perhaps an outside choice, but one that wouldn’t be too surprising were it to happen.

Malan is arguably the first choice back-up to Joe Root at No.3. A position he solidified in the Netherlands where he made his maiden ODI century.Like Hain, he is perhaps better suited to batting higher up in the order.

This wouldn’t be a direct swap, but England could opt to bring in Sam Curran at seven and move Buttler to four with Livingstone and Moeen at five and six. A further aspect of Stokes’ departure is the need to cover for the overs he could bowl and a rejig of the order with Curran coming in could help that transition. Furthermore, Curran’s modest List A numbers with the bat are a misnomer, having not played the format domestically for three years in which time his batting has come on leaps and bounds. Earlier this season he at times played as a specialist batter for Surrey where he averaged 75.66 in the County Championship. His best innings for England to date was a remarkable 95 not out from No. 8 in an ODI against India last year.

A regular feature in England white-ball squads for seven years, Billings has never quite become an established member of England’s first choice XI in either white-ball format. His big break in ODI cricket came in 2020, when he averaged just below 80 across six home games, a run that saw him register his first international hundred – 118 against Australia at Old Trafford.