Should Niroshan Dickwella’s Delayed Stumping Of Imam-ul-Haq Have Stood? 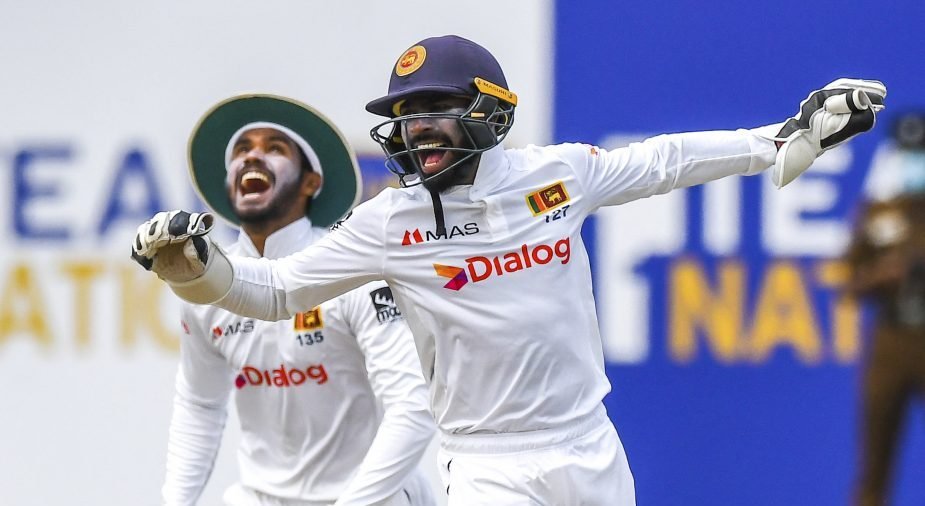 Pakistan, chasing 342 to win the first Test of the two-match series, were on 87-0 when the incident occurred with Imam on 35.

Imam had played and missed at a back-of-a-length delivery that beat his outside edge and was taken by Dickwella.

The Pakistan opener was deep in his crease and went to remark his guard, the process of which saw his front foot leave the crease and his back foot lift off the ground.

Dickwella, seemingly waiting for this moment, then removed the bails after a period of time that many may consider the ball to be dead.

According to the MCC Law 20.1.1.1: “The ball shall be considered to be dead when it is clear to the bowler’s end umpire that the fielding side and both batters at the wicket have ceased to regard it as in play.”

In this instance, Dickwella clearly considered the ball still to be live.

This is not the first time that Dickwella has been involved in such controversies, having previously been fined for attempting a late stumping of Zimbabwean batter Solomon Mire during an ODI in 2017.

Commentator HD Ackerman points out that Imam-ul-Haq didn’t over balance but shifted his weight to mark his guard (possibly believing the ball was dead). He compares the incident to the run out rule where the batsman can’t be run out if the bat bounces after reaching the crease. https://t.co/NjthKhfumM pic.twitter.com/fK33hsFGhC