Virat Kohli Is Getting Trolled Badly On His Latest Tweet

Virat Kohli endured a torrid tour of England, which ended in the worst possible – or even as expected – way as one could have imagined: a few flashy, elegant drives before nicking an outside off-stump delivery and failing for a cheap score.

Kohli had, in fact, looked good in his last three knocks, the eyes were blazing, the confidence was exuberant, the crowd was lively, and the fans on social media were on their way to raise expectations of a big, form-turning innings that will resurge his batting that has been largely let down in recent times. But, all to no avail as would eventually get out for a low score. 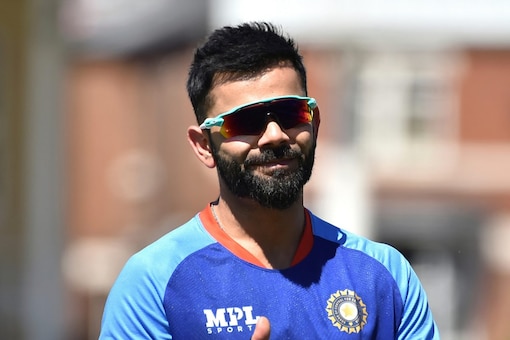 While his on-field dismal show had left fans disappointed, Kohli’s consistent advertisement and brand promotions on his social media handles have left the fans furious.

In fact, not even 24 hours had passed since the completion of the third ODI and another of his low score, when Kohli took to Twitter to endorse a brand and put out an advertisement.

#WeAreWellman and we don’t let the pressures of
the game change us, we change the game instead.
Visit https://t.co/dgAZldfBkQ to claim your #Wellman at a special price from me!
Use Coupon Code “NONSTOP”#vitabiotics #wellmanvitamins #ad pic.twitter.com/daO5qddOut

Fans were upset, angry, and enraged and let their feeling known in the comment section of this tweet. Twitterati expressed their furore over Kohli’s relentless ad campaign on social media and trolled him amid his depressing show with the bat.

Here are some of the tweets trolling Kohli, the “Salesman”, as one fan put out:

He went ahead and signed a vitamin supplement deal🤣🤣🤣 https://t.co/ns40eeMamO

Bro, can you use same coupon code in your next game to start your score from 45 runs instead of 0. https://t.co/Wc4OXpBYAy

On the contrary concentrate on playing Cricket.

The reason this guy is still selected? Commercial reasons. https://t.co/IJfK1Q7XgJ

Somehow I think he has realised that there is no more cricket left in him … so he decided that watever money he can make by selling stuff on Twitter , he will do it https://t.co/enem1lic8S

Caption and timing of this ad is just superb https://t.co/MXdXAttPst

Fans have also been left annoyed and questioning the regular rest that Kohli has been taking. After the IPL 2022, Kohli was rested from the T20I series against South Africa and Ireland.

And now, after the England tour, Kohli had asked for rest from the entire West Indies tour later this month. He is also unlikely to tour Zimbabwe after that and is expected to return straight at the Asia Cup after what will be a rest of more than one month.