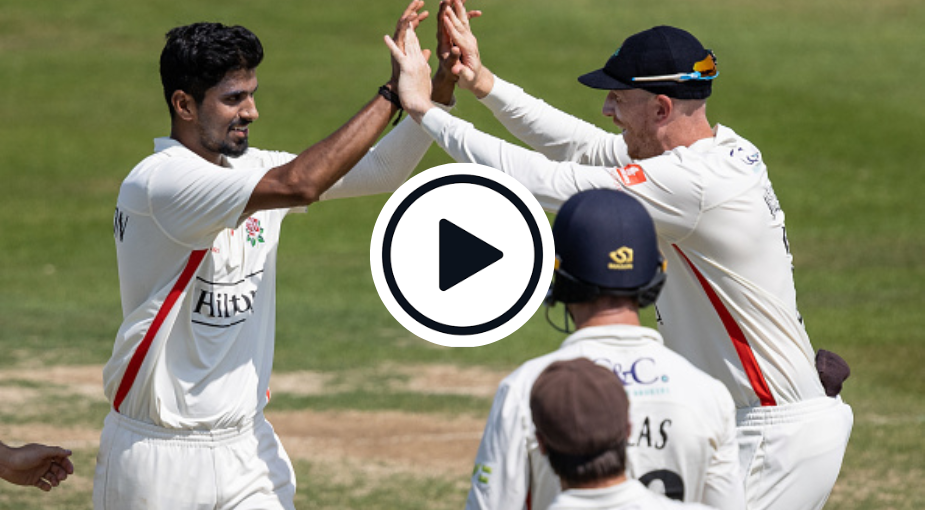 Watch: India’s Washington Sundar had a dream start to his county career, picking up the wicket of New Zealand Test opener Will Young with only his second delivery during the 2022 County Championship clash between Lancashire and Northamptonshire.

Sundar, who suffered a hand injury in this year’s IPL, and has not played for India since, made a return to professional cricket on Tuesday, when he was named in Lancashire’s XI against Northamptonshire. The 22-year-old signed a two-month deal with the club last month and made his county debut at Northampton, tasting early success when he dismissed Young, who was 12 Tests under his belt, in the very first over that he bowled.

Coming into the attack in the 10th over of the innings after the Northants opted to bat, Sundar’s second delivery was a half-volley outside the off-stump, which Young looked to cut away. However, he only managed to nick it behind to the wicketkeeper Dane Vilas, departing for a 25-ball two, as his side lost their first wicket for 22.

A first @CountyChamp wicket for @Sundarwashi5 with just his second ball! 🇮🇳

Seven Options To Replace Ben Stokes At No.4 For England In ODIs