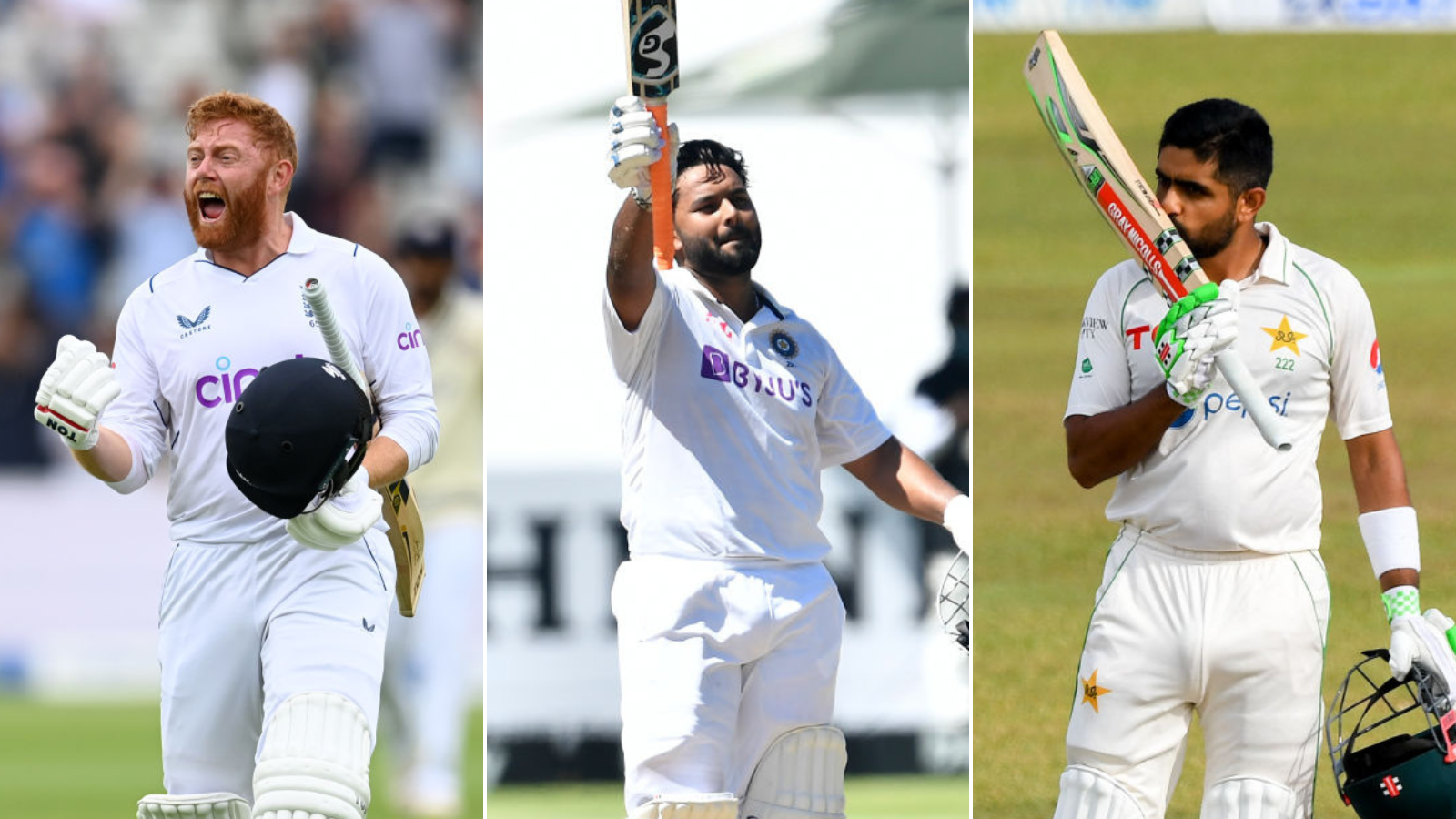 Some of the players selected only made their Test debuts in 2022. In the spirit of diversity, we’ve ensured that a maximum of three players are allowed from each team. Joe Root, therefore, just misses out, making way for some of the more recent purple patches. Tom Blundell also very nearly made it, but the quality of the selected middle order (and the presence of three wicketkeepers) made it difficult to accommodate him.

The bowling attack might seem a bit thin, but there’s still space for three frontline bowlers and an all-rounder. As a fifth option, Daryl Mitchell’s medium-pace will also be handy.

All numbers mentioned below are Test statistics in 2022 (updated till July 19).

Technically sound, with an appetite for piling big runs, Shafique’s journey has been meteoric, breaking into the Pakistan set-up with his domestic career still in its infancy. At 22, and just six Tests in, he’s managed to make the opener’s slot his own: against Australia, he cracked an unbeaten third-innings century, and is yet to be dismissed in single figures. A gritty hundred in Galle has only extended the hot streak.

Second winds don’t come much better. Staging a Test comeback after two-and-a-half years, Khawaja cracked twin centuries in the Sydney Ashes Test. At 35, he ended up filling Australia’s opening vacancy, revelling in the new role, and clocking two more hundreds and a pair of nineties on a homecoming of sorts in Pakistan. No one has hit more fifty-plus scores (seven) this year.

The world’s No.1 ranked ODI and T20I batter is operating on a different plane in Tests as well. A ten-hour epic, match-saving 196 against Australia emphatically announced that Babar was on his way to ace the red-ball circuit as well, and he has continued to make hay since. He’s now gone past fifty in five innings on the trot and hasn’t been dismissed in single digits since April last year.

A start-stop Test career has truly taken off this year. The England tour turned out to be a significant turning point for Mitchell, who made the most of a middle-order opening to seal his place in emphatic manner, reeling off three centuries and two fifties in six innings. The tour run-tally broke a 73-year-old record for the most runs by a New Zealand batter in England.

Pant’s turning out to be a near-unstoppable force, further affirming his status as one of the game’s finest young cricketers. After a breakout 2021, Pant began the year with a century in Cape Town, scoring 100 out of the side’s 198. He’s hit three fifties and one century in six innings since, that ton giving India a fighting chance at one point during the rescheduled fifth Test against England.

A sweet purple patch is translating into a career-defining phase for Bairstow. Currently the leading run-getter in 2022, he’s churned out six centuries in as many months – exactly half of what he’s managed in a decade-long Test career. It began with an Ashes century in Sydney, and has seen him cross the three-figure mark against West Indies,  New Zealand (twice), and in the concluding Test against India, where his twin tons in Birmingham paved the way for an incredible win.

Another tale of remarkable resurgence, Chandimal has struck back to form after three quiet years. One of only two double centurions in 2022 so far, he’s now crossed fifty in five of his last eight innings. The double ton – Sri Lanka’s highest individual score against Australia – handed his team their first-ever innings win over their fellow island opposition.

Mayers turned heads with an astonishing, unbeaten double-hundred in a 395-run chase last year, but he’s shown since that the effort wasn’t a flash in the pan. His medium-pace has also come to the fore in 2022: starting with a five-wicket haul that played a big part in their ten-wicket thumping of England in Grenada. A fine 146 from No.6 last month also helped West Indies hand Bangladesh a ten-wicket defeat.

It’s been a great first month-and-a-half in Test cricket for Potts, who began with a seven-wicket match haul on debut against New Zealand, bagging Kane Williamson’s wicket in his very first over. Since then, he’s taken at least a wicket in each of his innings, ending with the most wickets (14) in his maiden series.

It might seem like a belated debut at 30, but Jayasuriya is making up for all the lost time. In his very first Test, against Australia, he returned a six-wicket haul in each innings to end with the best figures by a Sri Lanka player on debut, and has carried on in the same vein, plucking another five-for against Pakistan in the first innings of the Galle Test.

Not many 39-year-old cricketers enjoy the kind of hot streak Anderson’s in the midst of. Called back into the team under Ben Stokes, Anderson has bowled as brilliantly as he has through his career. Just as incisive with his new-ball bursts, he fetched a six-wicket match haul against New Zealand at Lord’s, and dented India’s chances with a fine five-for in the Birmingham Test.