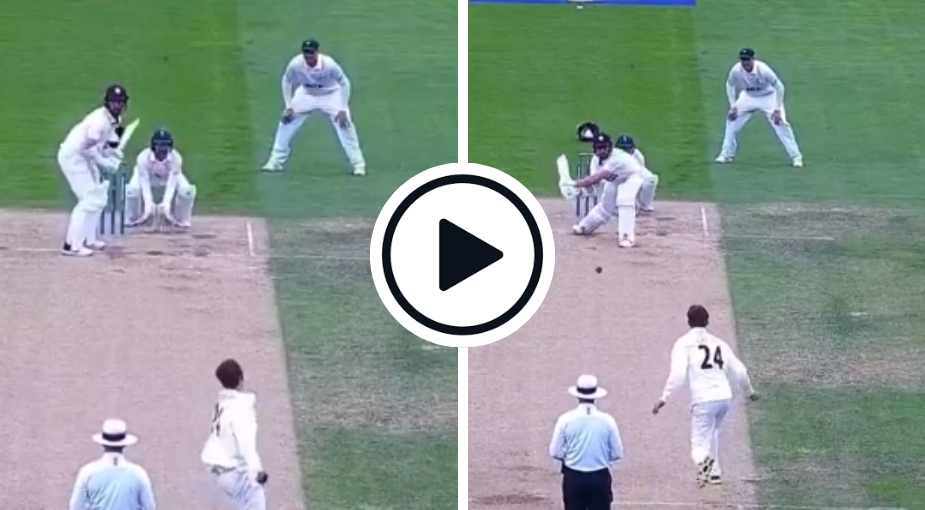 Watch: Jack Leach struck just his eleventh six in 122 first-class games with an audacious reverse-sweep during a 2022 County Championship clash between Somerset and Yorkshire.

Somerset’s Leach, who averaged 13.24 in first-class cricket before the game at Taunton, walked in to bat at No.9, with his side on 376-7 in the first innings. The England spinner faced six dot balls in a row and was batting on two off nine balls at one stage before he took the aerial route, smashing Dom Bess for his first six of the innings. His second big hit, however, was the talking point, which even left Tom Banton, on commentary, in awe.

Up against Jack Shutt, Leach switched his batting stance from left-hander to right and whacked the ball, which was sent down on the middle-stump, with a big heave for a six. “It’s frankly ridiculous”, muttered the on-air commentator.

Shutt, however, had the final say as he dismissed Leach for an 18-ball 16, stumped by wicketkeeper Jonathan Tattersall. Somerset were eventually dismissed for 424.