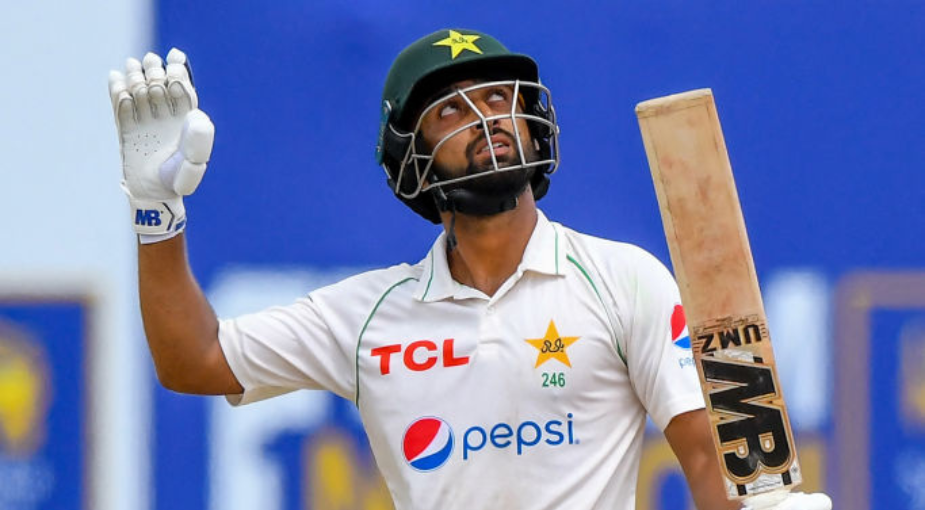 Abdullah Shafique has been hailed for scoring a fourth-innings knock of 160* in 408 deliveries, which helped Pakistan chase down a mammoth 342 in the first Test against Sri Lanka.

Sri Lanka had earlier taken a slender four-run lead in the first innings after Pakistan’s Babar Azam rescued his side from 112-8 with a fine knock of 119. The hosts, however, gained the upper hand when they notched up 337 in their next innings, setting the rivals a target of 342 to win the series opener.

Shafique, just 22 years of age, has had an incredible start to his career and showcased his talent even further with a fourth-innings masterclass at Galle. That none of the other batters could cross 55 in the run-chase summed up the impact of his knock as Pakistan successfully hunted down their second-highest score in the fourth innings of any Test match. Shafique’s 160* was also the second-highest score by a Pakistan batter in the fourth innings of a win, and the eight-highest overall in the history of the game.

Shafique, who has played just six Tests so far, currently averages 80 in the format, making 720 runs with two hundreds and four fifties.

The innings earned him plenty of praise.

Full list of cricketers to face 400+ deliveries in the fourth innings of a Test match:

Only thrice has a Pakistan opener batted 300+ balls in the final innings of a Test.

Two of that belong to six-Test, 22-year-old Abdullah Shafique. In the space of four months…#SLvPAK

Abdullah Shafique is the first batsman in Test history to bat 500+ minutes in a successful chase. He stayed on the wicket for 524 mins. #SLvPak

Fantastic level of maturity and responsibility shown by Abdullah Shafique. Batting as if he has been playing Test cricket for many years and not just playing his 6th Test match #SLvsPAK #Cricket

Abdullah Shafique becomes only the 4th player in history to have played two innings of over 300 balls in the 4th innings of a match.

The others are Michael Atherton, Faf du Plessis and Herb Sutcliffe.

Remarkable start to his career.#SLvPAK

Abdullah Shafique’s 160* is the highest score by an opener batting through in a successful 4th innings run chase after Gordon Greenidge’s 214* vs England at Lord’s in 1984.

PS: No opener in the last decade has remained unbeaten on a 100+ score in a 4th inns chase.#SLvPAK

Fun fact (although a small sample size) – most batters average higher in the first inns of their team than the second. However Abdullah Shafique:
1st team inns avg of 38
2nd team inns avg of 148

In fact both his hundreds have come in his team’s second innings. https://t.co/oqjwLD0LdX

Abdullah Shafique has now starred in one of Pakistan’s greatest rearguard efforts in a draw (Karachi, March 2022) & in one of their greatest run-chases (Galle, July 2022) in Test history, all in the space of 3 months and 6 Tests. An old-school future star has arrived #SLvPak

Make no mistake about it, this is one of the all time great Test inns by a Pakistani batter & he is only playing his 6th Test. Only Younis Khan scored scored more runs in the 4th inns to win a Test for Pakistan. Incredible stuff Abdullah Shafique. @imabd28

What a win for Pakistan. Top effort from Abdullah Shafique to hit 160* in the 4th inngs at Galle. Babar’s ton in the 1st inngs was special. Pak were 85/7 in the 1st inns & reached 218. One of their finest Test wins

Wow Abdullah Shafique! What a mature head above those shoulders. Fab record chase at Galle. #SLvPAK