Australia’s great Ricky Ponting has analyzed former Indian captain Virat Kohli’s recent form and has also predicted what the future holds for the star batter. Ponting has backed Virat Kohli and said that it’s only a matter of time before he rebounds and starts scoring the runs once again.

Virat Kohli has been struggling to score runs and his lean patch has become one of the most talked about topics in the cricket fraternity. The cricketer hasn’t scored a century for his country in any format of the game for almost three years now. Several experts and cricketers have also questioned his place in India’s squad for the upcoming T20 World Cup 2022.

Speaking with Sanjana Ganesan on The ICC Review, Ricky Ponting said the Indian team should stick with Virat Kohli instead of dropping him from their squad for the ICC T20 World Cup in Australia later this year. 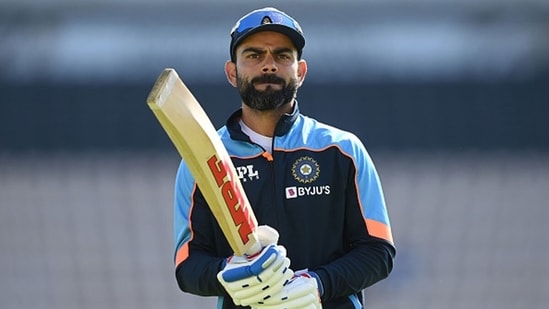 The runs will eventually come for Kohli – Ricky Ponting

Ricky Ponting, who has captained Australia’s side to two World Cup wins in 2003 and 2007, said that Kohli still had the ability to have a meaningful impact. He said:

“I think if I was an opposition captain or an opposition player, I will be fearing playing an Indian team that has Virat Kohli in it, more than I would be one that doesn’t have him in it. “I know there have been some challenges for him, it’s been a difficult time.”

He added: But every great player that I have seen in this game has been through it at some stage, whether that’s a batsman or a bowler, they have all been through it. And somehow, the best (players) find a way to rebound and respond, and it’s only a matter of time before Virat does that,”

Ricky Ponting feels that if Team India decides to drop Virat Kohli for the T20 World Cup in Australia then there might be no way back for him. He said:

“If you leave Virat out of the eve of the World Cup, and someone comes in and has a reasonable tournament, it will be hard for Virat to get back in it. If I was India, I will keep pushing with him, because I know the upside. If they actually get him back confident and playing as well as he can, that upside is better than most. So I think if I was a captain or a coach around the Indian set up, I will be making life as easy as possible for him to feel as comfortable as possible, and just wait for him to flick the switch and start scoring runs again,”

Further, Ricky Ponting suggested that selectors must find a place for Virat Kohli in India’s top order and commit to leaving the champion batter for the entire tournament, with the hope that he finds his rhythm back. He said:

“Early in the tournament, for a first-round game, (it’s important to) get him in nice and early, among the runs, and then hopefully by the end of the tournament you’ll have Virat Kohli back at his best,” Ponting said.

“That’s the way I would look at it. I wouldn’t think about holding him back at the start of the tournament, with the thought that you might be able to bring him back towards the back end and have him peak. Tournament play isn’t like that.

“You need to work your way into the tournament, get some runs under your belt, and get some confidence and then be playing your best cricket at the back end.”