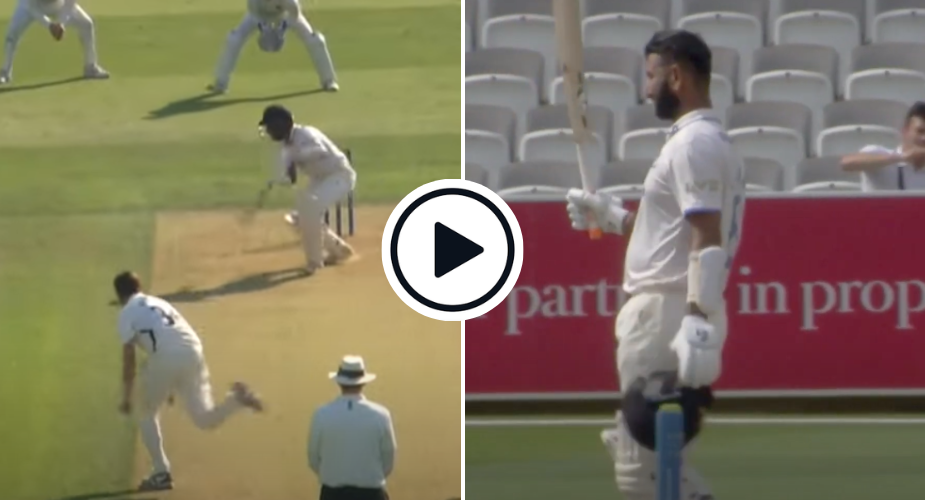 Cheteshwar Pujara continued his stupendous run in the County Championship by cracking his third double-hundred of the season for Sussex, against Middlesex at Lord’s.

The 34-year-old is now just three short of completing 1,000 runs in the 2022 Championship, leading the charge for Sussex with a commanding 231 from No.4, in their total of 523 against Middlesex. Leading the side, Pujara stitched together a 219-run stand with No.3 Tom Alsop and was the last man to be dismissed after 403 balls and 533 minutes in the middle. He was sent back by Tom Helm, who completed a five-wicket haul with Pujara’s dismissal. Umesh Yadav, Pujara’s India teammate who is turning out for Middlesex, ended wicketless from his 29 overs.

Pujara now averages 124.62 in this year’s Championship, with 997 runs from 10 innings, behind only Shan Masood and Ben Duckett in Division Two.

In April, he hit two double centuries, one against Derbyshire and the other against Durham, also compiling an unbeaten 170 against Middlesex in their previous clash in May.