BCCI Spends A Huge Amount For Team India’s Flight To West Indies: Led by Shikhar Dhawan, the Indian team is ready to take on the West Indies from Friday for 3 ODIs, slated for July 22, 24 and 27, all of which will be played at the Queen’s Park Oval, Port of Spain, Trinidad. Soon after, on July 29, the 5-match T20I series between the two sides – which will be played at three venues: Trinidad, St Kitts and Florida (USA) – will commence.

The players were in England until a couple of days ago, where they thrashed Jos Buttler’s white-ball powerhouse unit in both the T20I and ODI series, before they arrives in the West Indies on Tuesday.

The BCCI spent a whopping 3.5 crore on the charter flight

The entire contingent which included the players and their wives and kids, coaches, and other staff members, flew from Manchester to Port Of Spain via a charter flight that cost the BCCI a whopping 3.5 crore INR, confirmed an inside source to Times Of India. 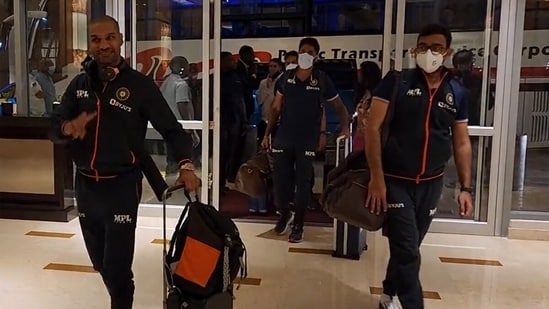 The source revealed that since the board wanted to fly the entire contingent together, it was extremely difficult to get everyone’s tickets in one single private flight from England, so the BCCI hired a charter flight.

“The BCCI spent Rs 3.5 crore on the chartered flight which took Team India from Manchester on Tuesday afternoon to Port of Spain (the capitals of Trinidad and Tobago) by 11.30 pm IST. The reason the charter flight was booked for the team was not covid-19. It’s difficult to book so many tickets in a commercial flight-the Indian contingent includes 16 players and members of the support staff, including head coach Rahul Dravid. There are players’ wives who have travelled to the Caribbean too,” the source said on Wednesday.

“Normally, in a commercial flight, this expense would’ve been around Rs 2 crore. A business class ticket from Manchester to Port of Spain would be around Rs 2 lakh. A chartered flight is more expensive, but it’s a logical option to take. Most top football teams have a charter now,” the source explained.

This, 3.5 crore, might seem a big amount – which is it – but not for the richest cricket board in the world, which has recently sold their IPL media rights for Rs 48,390 crore.

*The inclusion of KL Rahul and Kuldeep Yadav is subject to fitness.

Quiz! Name The Highest Test Wicket-Takers In Every Calendar Year Since 2000