How England’s 2023 World Cup Squad Is Currently Shaping Up 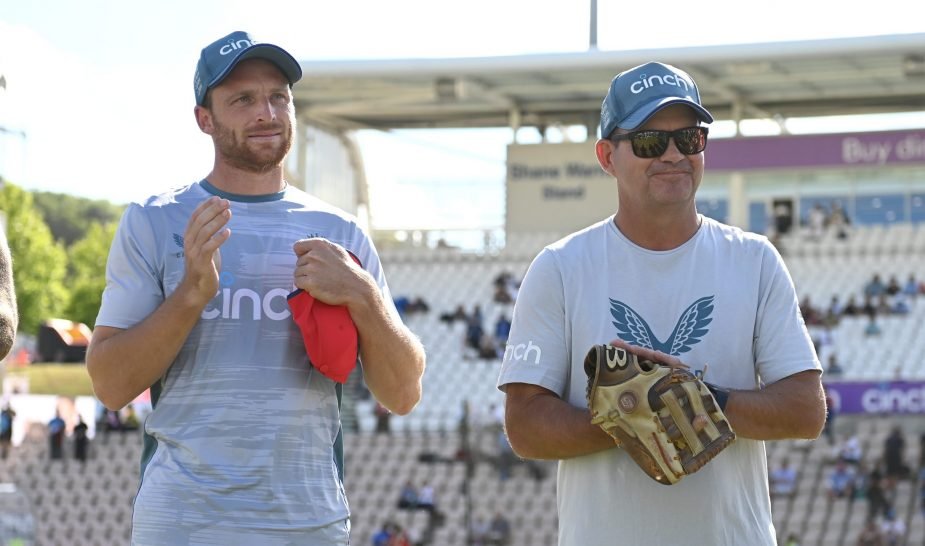 The 2023 World Cup is just over a year away, with the competition to be held in India.

Predicting squads can be a tricky business with injuries and late drops and surges in form muddying the waters right until the eve of the competition.

But England are fortunate to boast a relatively stable side with a number of positions seemingly locked in as they approach the final straight, with only a few spots up for grabs. Below are fifteen names who could be on the plane to India come October next year.

The top three, injuries aside, currently writes itself. It would be a surprise if any other team in the world (bar perhaps India) would claim to have a better top three than England’s Roy, Bairstow and Root. The reserve player here is Phil Salt who has impressed whenever called upon in England colours and is also able to fill in as the back-up wicketkeeper.

This squad is following the structure of the 2019 selection in picking seven specialist batters for six positions and then entrusting one of your all-rounders (aka Sam Curran or Chris Woakes) to do the job with the bat at seven. If England opt for that route, that would mean the middle-order picks would be locked in with Buttler at four, Livingstone at five and Moeen at six.

However, replacing the Ben Stokes hole isn’t that easy, and an alternative route England could take is to keep Livingstone and Ali at six and seven and add in an extra batter, potentially Phil Salt, at number four. This option would mean England would have to get ten overs out of Moeen and Livingstone every game, whilst the former would make that combination in effect England’s sixth bowler.

The absence of Stokes also means there’s a further subtle change here compared to the 2019 squad which is that the seam of Stokes is replaced with the spin of Livingstone. Which, whilst helpful for India, may also mean England will bolster their squad with an extra seamer in order to cover for injury.

Predicting which England seamers will be fit in a year’s time is akin to picking the winning lottery numbers whilst being struck by lightning for a second time. You’ve got no chance. But, if the stars align and the cricket god’s are kind, England will probably want to line up with Jofra Archer, Mark Wood and the newly crowned king of swing Reece Topley in India next year.

From there, you’d expect Chris Woakes to still have enough credit in the bank to find his way back in and battle with Sam Curran for a spot in the XI. With a number of new-ball specialists in England’s first choice bowlers, they’ll need a middle-overs enforcer at the ready which is where Brydon Carse, or perhaps Saqib Mahmood, comes in.

Without doubt, however, the seamers are where the largest disparity exists of how England could line up vs how they necessarily will, with any of the likes of David Willey, Matt Potts, David Payne or Craig Overton in the running if enough people fall over.

The question of who is Adil Rashid’s back-up had seemingly been answered in the shape of Matt Parkinson, but has been confused with England seeming to have gone off the leggie after he was left out of the final T20 against India before not being selected for the ODI series entirely. With Rashid being absent as he undertook the Hajj pilgrimage, it had been the perfect opportunity for Parkinson to lock himself in as England’s second choice spinner, but instead there’s now more uncertainty than ever.

Even with the likes of Moeen and Livingstone in their side, with the World Cup in India, England are likely to still want a spare spinner in the squad and if it isn’t Parkinson, then the ever-present-but-never-in-the-team Liam Dawson could come to the fore once more. A player of undoubted quality with both bat and ball and also of unfailing reliability, Dawson would be a safe pair of hands to take to India.

However, it is worth watching with interest the progress of Leicestershire’s 17-year-old leggie Rehan Ahmed and also the left-arm wrist-spinner Jake Lintott, both of whom were in the England Lions’ most recent squad, whilst Ahmed trained with the full team ahead of their second ODI against South Africa this week. England may not know who their second spinner is, but at the very least, they have options.