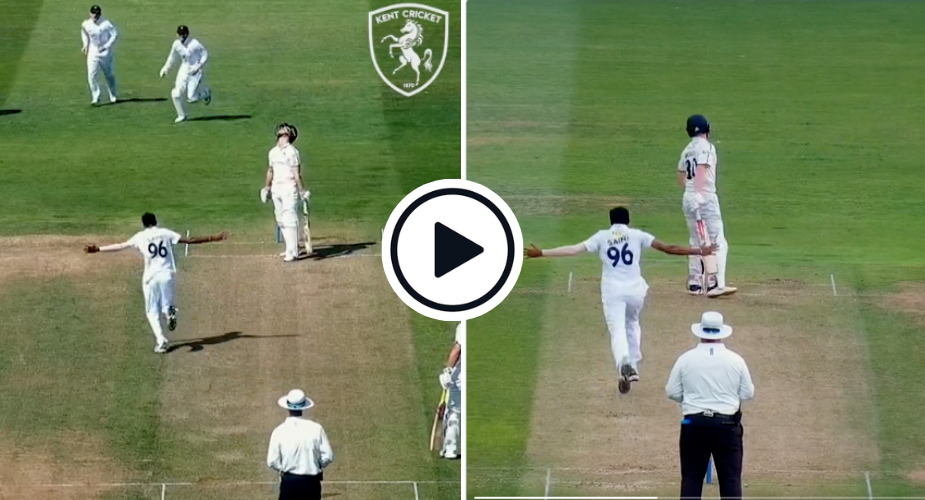 India international Navdeep Saini ran through Warwickshire on his County Championship debut with a five-wicket haul for Kent during their Division One fixture in Birmingham.

Employed as a first-change bowler after Matt Henry and Matt Milnes, Saini was right on the money in his debut game, picking up a five-for as the trio shared all the wickets between them. Barring Sam Hain – who fought back with 99 – none of the Warwickshire batters could cross 35. Saini’s spell kept the opposition to 225, keeping their lead to under 100, with Kent having been shot out for 165 in the first innings.

It was also a fruitful day for Kent wicketkeeper Sam Billings, who snaffled seven catches, four of which came off the bowling of Saini.

Saini, 29, has been out of Test contention ever since featuring in India’s historic 2020/21 tour of Australia, where he made his Test debut. He last turned out for Delhi in first-class cricket in March, during the Ranji Trophy.

It’s been a good week for India internationals in the Championship overall: Cheteshwar Pujara and Washington Sundar, Saini’s teammates on that Australia tour, also had memorable outings. Pujara continued to pile on big runs for Sussex with a double-century against Middlesex at Lord’s, while Sundar, himself on his County Championship debut, picked up a five-wicket haul for Lancashire against Northamptonshire.