What Will India’s ODI Look Like Against West Indies Without Rohit Sharma, Virat Kohli And Jasprit Bumrah? 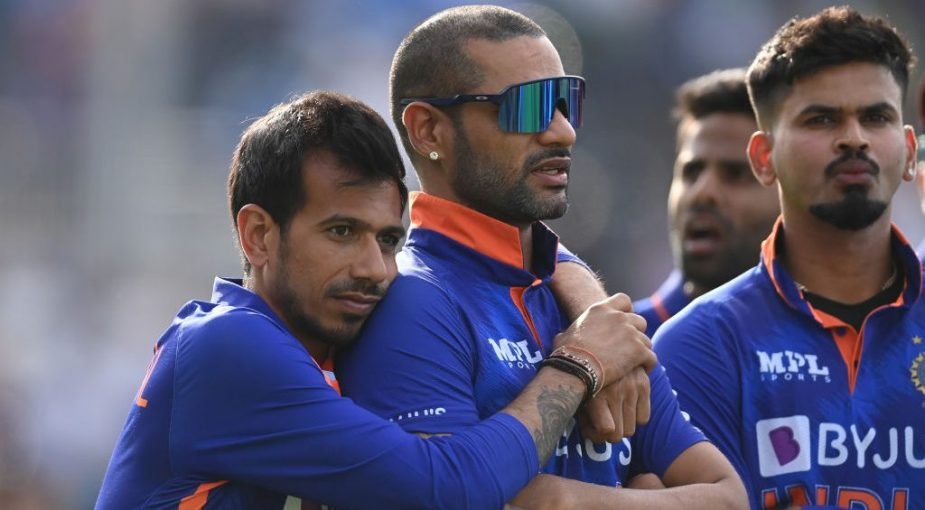 India‘s 2022 tour of the West Indies begins with the ODI series – here is the likely XI India will go with for the opening one-dayer in Trinidad.

The side bears a new look, with Shikhar Dhawan back to leading the side in the absence of regular skipper Rohit Sharma. There’s no Virat Kohli – who is rested – either and it’s also without regulars Rishabh Pant, KL Rahul and Hardik Pandya, as well as the bowling lot of Jasprit Bumrah, Mohammed Shami and Bhuvneshwar Kumar.

The series presents an opportunity to the younger faces to make their mark and expand India’s reserves going into the World Cup next year.

The skipper – India’s seventh (!) this year across formats – is the first name on the sheet. His T20I career might be all but over, but Dhawan’s still in the scheme of things in ODIs, keeping several youngsters at bay. Since the end of the 2019 World Cup, Dhawan has scored the third-most runs for India in ODI cricket but hasn’t gone on to hit a century in 20 innings.

An ODI debut could be in the offing for Gaikwad, who’s had an indifferent run in his short T20I career so far. Earmarked for the future by many, he offers a left-right combination at the top, and generally doesn’t take long to get going. Add to that his impressive List A numbers so far: he boasts of an average of 54.73 and 11 centuries in 64 games. There’s a highly talented Shubman Gill waiting in the wings if he fails to make the most of his opportunity.

Here comes the interesting bit. A spot that has been invariably occupied by Virat Kohli is up for grabs, and gives youngsters a chance to make a case for the future. Iyer’s stock, though, has fallen in the last six months or so, with his vulnerability against the short ball coming to the fore. The nature of surfaces in the Caribbean could suit Iyer’s style though – it’s also where he proved that he belonged to the top level, hitting back-to-back ODI fifties during India’s 2019 tour.

Suryakumar’s T20I career is properly up and running, and he’d like the same to happen to his ODI career too. Having scored a whirlwind hundred in England, he’ll be hoping to dig in and score big in an ODI as well. His ODI average currently stands at 44.28, with a string of thirties and forties coming off his bat so far.

Far from serious contention up until a couple of years ago, Hooda is now a strong candidate in the middle order, having showcased his blistering strokeplay on India’s recent tour of the British Isles. And while he deserves a spot on current form, it’s interesting to see what role the team sees him in. With multiple anchors in the line-up already, he’s better placed to give them a late flourish. Also, in a team bereft of part-timers, his off-breaks can be a useful asset.

Samson’s roller-coaster career might get another chance in the West Indies, with his competition for the wicketkeeping spot only against Ishan Kishan. Samson’s played a solitary ODI so far, but a bigger role could come in the Caribbean, where he could be tasked with doing the finisher’s job. He averages an underwhelming 30 in List A cricket, but has the ability to unleash magic on occasion – he hit a double century in the format two seasons ago.

India’s vice-captain on this tour, Jadeja lends much-needed experience to an inexperienced middle order and also provides balance to a side short of genuine all-rounders. Jadeja’s bowling numbers haven’t been the best in ODIs of late: since the 2019 World Cup, he’s taken 13 wickets at 57.15, but he remains an integral part of the setup.

After a memorable 2021, Thakur’s fallen quiet this year, not quite bringing the best out of his potential (three wickets at 62). In a young pace attack, though, Thakur can be trusted to stand tall and play the holding role in the middle phases. His batting contribution can’t be discounted: at No.8, he provides some cushion between Jadeja and a long tail.

Krishna has been consistent without being spectacular, chipping away with wickets in his short career so far (20 wickets at 21.4). His height helps him bring out extra bounce, not to mention the skiddiness that comes with a new ball in hand.

By far India’s best white-ball spinner going around, Chahal has made a strong case for himself for the World Cup next year. No other India bowler has taken more wickets since the 2019 edition, but it’s his economy rate in that period – 5.53 – that makes the package even more impressive. On West Indies’ dreary pitches, Chahal has the potential to run through lineups single-handedly.

Yet to play an ODI, Arshdeep fills the gap of a left-arm quick – a speciality that’s been in short supply for the team in the last few years. Beyond the variety, Arshdeep seems to excels under pressure, as shown across two successful IPL seasons, and can land the yorker while controlling his lines consistently in the end overs. In Mohammed Siraj and Avesh Khan, there are two quality bowlers on the bench, but if given a long run, Arshdeep could prove to be a vital white-ball force in the years to come.