An IPL 2022 winner with Gujarat Titans couple of months ago, now Ravisrinivasan Sai Kishore has his eyes set on the Tamil Nadu Premier League (TNPL) title. And he sent shockwaves down the cricket fraternity with a stunning display of bowling on Friday night.

In the 25th match of the ongoing TNPL 2022 season, against iDream Tiruppur Tamizhans, bowling for the Chepauk Super Gillies, left-arm orthodox spinner R Sai Kishore recorded mind-boggling bowling figures of 4-3-2-4. Yeah – let that sink in: in his 4-over spell, out of which three were maidens, Kishore picked 4 wickets while conceding only 2 runs.

His incredible bowling performance helped Chepauk Super Gillies win the match by 60 runs, consolidating his side’s position in the top two. Chepauk now have 10 points in 7 matches and are sitting at the second spot in the points table. Only Madurai Panthers, who have 8 points in 6 matches, can displace them from the second spot. 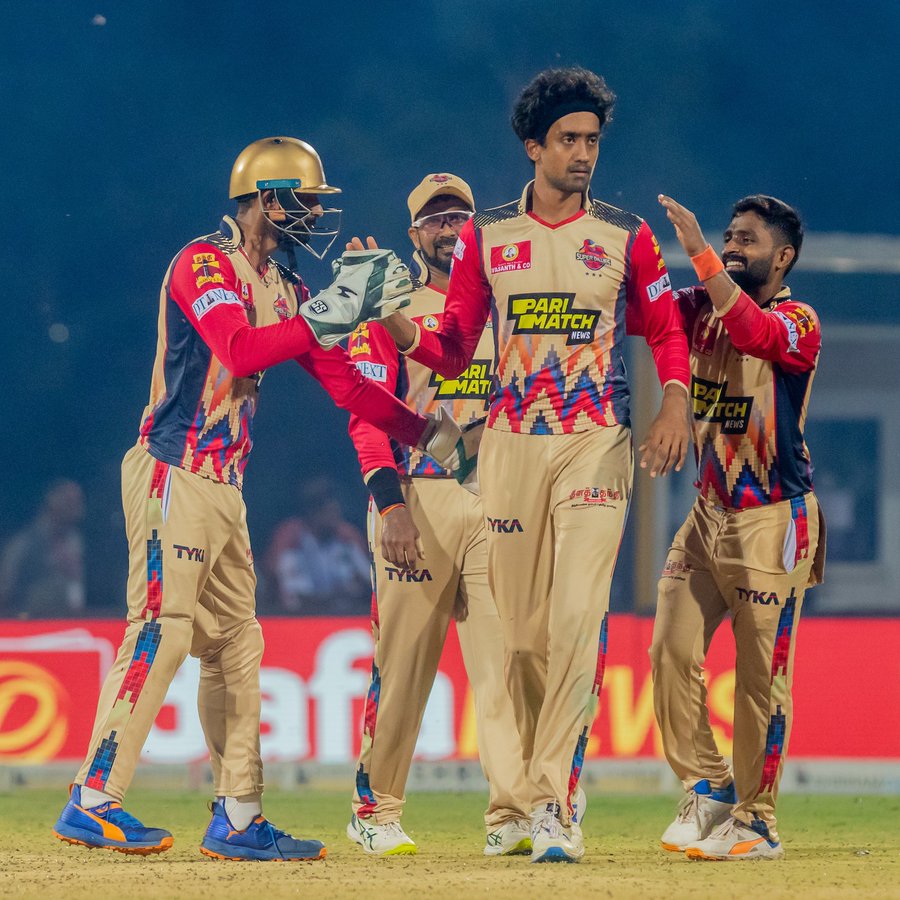 Sai Kishore had won the IPL 2022 with Gujarat Titans

Chepauk put up a par total of 133 while batting first. In need of a win, they found Sai Kishore as their hero as the Tiruppur Tamizhans were bundled out for only 73.

Tamizhans were cursing at 25/0 after the first four overs before Kishore was called upon to bowl his second over after in the first he had conceded only a couple of singles, to apply the brakes and he did it immediately, dismissing dangerous opener S Aravind on the first ball of his spell caught at mid-wicket.

Kishore struck again in the over, on the third ball, with the wicket of R Rajkumar, cleaning him up as the batter missed his ugly slog; Kishore finished with a double-wicket maiden.

Kishore was brought back in the 15th over, and he delivered with a wicket soon, on the second ball of his new spell, going through the defences of Francis Rokins. Three balls later he had Aswin Crist caught at long-off. Another double wicket maiden. In his next over, Kishore delivered another maiden as M Mohammed couldn’t buy a run.

Fans on Twitter went berserk as Kishore finished the most economical four-over spell in TNPL history.

4⃣-3⃣-2⃣-4⃣: Some performances speak for themselves…

What a spell bowled by Sai Kishore in TNPL. His bowling figure (4-3-2-4). Incredible spell.

Is this the best T20 performance ever?? #TNPL #SaiKishore #CricketTwitter #Cricket

Ravi Shastri: If You Want Test Cricket To Survive, Keep It To The Top Six Teams