A video of Shreyas Iyer has gone viral: India got off to a winning start on their tour of the West Indies but it was a really close affair in which the visitors came out on top in what was a cliffhanger of a game. Only 3 runs were the eventual difference between the two sides after playing of full 100 overs in the first ODI at the Queen’s Park Oval, Port of Spain.

Shikhar Dhawan, the Indian skipper, led from the front with the bat, scoring 97 runs and fifties from Shubman Gill (64) and Shreyas Iyer (54) helped India early on before the West Indies bowlers limited damage to restrict India to 308.

For the hosts, Kyle Mayers (75) and Brandon King (54) led the chase with others scoring crucial runs around them and building partnerships. It was Romario Shepherd’s late blitz of 39 runs off 25 balls that really made the game interesting in the death overs.

However, Mohammed Siraj kept his cool in the last over where he was tasked to defend 15 runs; the equation came down to 5 runs off 1 ball and Siraj nailed his yorker on the last ball as Shepherd could only get a single for the visitors to prevail by only 3 runs. 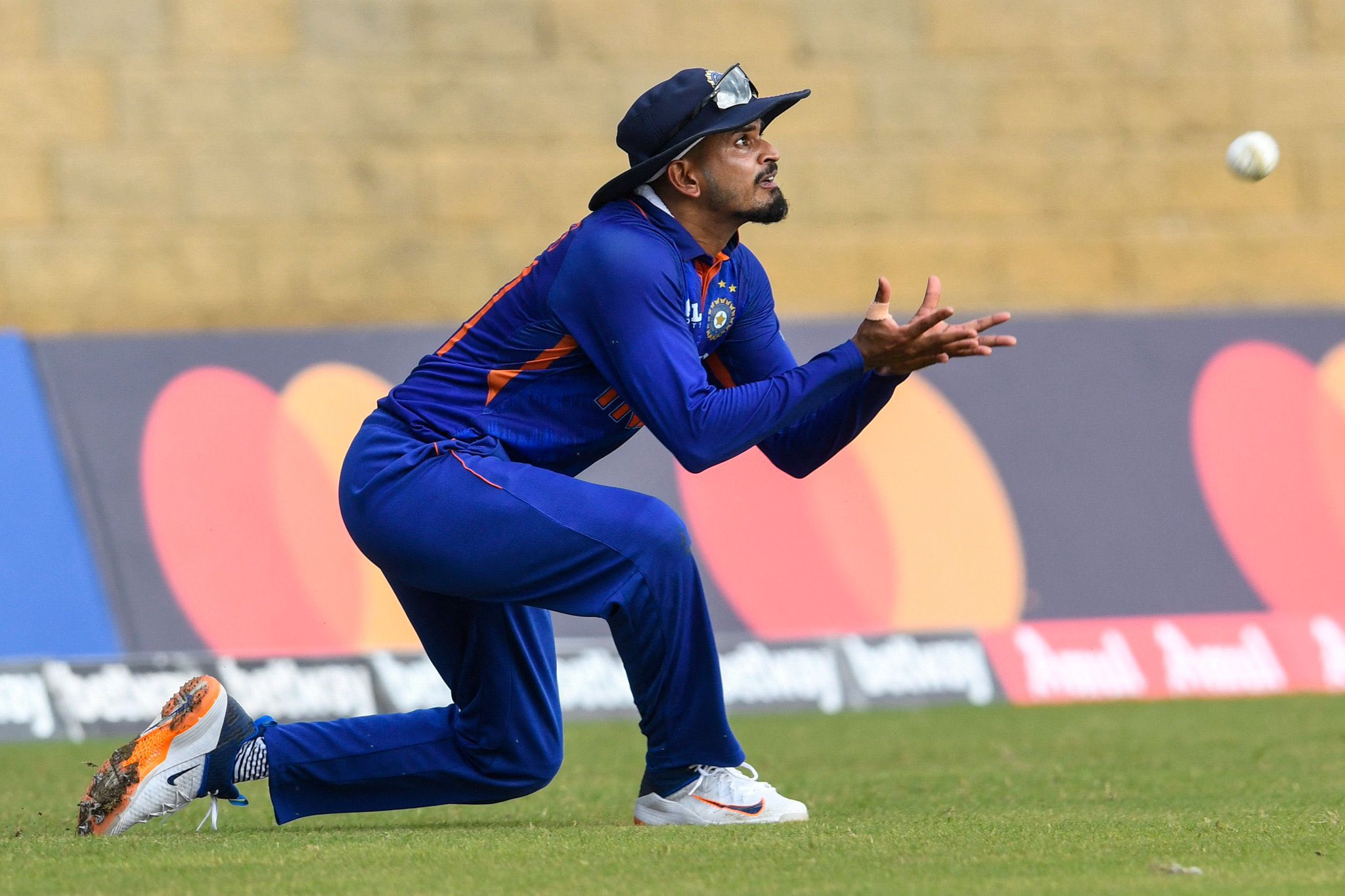 During the West Indies innings, Shreyas Iyer got a chance to show off his dancing skills after he took the catch of the dangerous-looking Shamarh Brooks, whose top edge to a Shardul Thakur short ball had flown to deep square leg where Iyer safely completed the catch.

After finishing his grab, as Iyer was moving forward to celebrate, he swiftly turned behind while making a dancing motion and smiled toward the stands, perhaps at the crowd or someone in it.

Iyer, who was benched for the last two ODIs against England as Virat Kohli returned to the side, got his opportunity at number 3 against West Indies and he did well to grab it, scoring 54 runs off 57 balls.

He was involved in a 94-run stand with Dhawan that came in 97 balls. He was in particular severe while taking down the hosts’ spinners, slamming a couple of sixes in his knock, in addition to the 5 boundaries he struck.

The second ODI between the two teams is slated for Sunday at the same venue, Queen’s Park Oval, Port of Spain.