Former Indian captain Virat Kohli continues to be in discussion irrespective of his presence in the team Indian squad or not. He is currently on rest from the ongoing West Indies tour, however, the discussion on his ongoing struggle with the bat continues, with several former cricketers and experts giving their opinions on the same.

Several cricketers and experts have questioned his place in the playing XI, especially with the T20 World Cup 2022 just around the corner.

Earlier this month, former Indian captain Kapil Dev had created a stir during his interview with ABP News where he said that “If world No. 2 Test bowler Ashwin can be dropped from Test side then your No. 1 batter (Kohli) can also be dropped.”

“Virat is not batting at a level which we have seen him do over the years. He has made a name because of his performances but if he isn’t performing, then you can’t keep the performing youngsters out of the team. I want competition for places in team in a positive sense that these youngsters should try and outperform Virat,” Dev added.

Ever since this interview, several cricketers have come out in support of Virat Kohli. The latest one to jump in the debate is Ajit Agarkar, who in a conversation with Fan Code on Friday during the innings break of the first ODI between West Indies and India, opined that the discussion is all too “premature”. He said:

“Going through a lean patch is a fact of life. Every great player has gone through it. Now next year you have the 50-over World Cup. If he comes out of it sooner or later then he will get a bit of time. But you also don’t want him to stay out of form for too long. I don’t think he has looked at his best that is why everyone is worried but he has got starts. I think there is a lot of talk that Kohli should be replaced. I feel it’s too premature,” 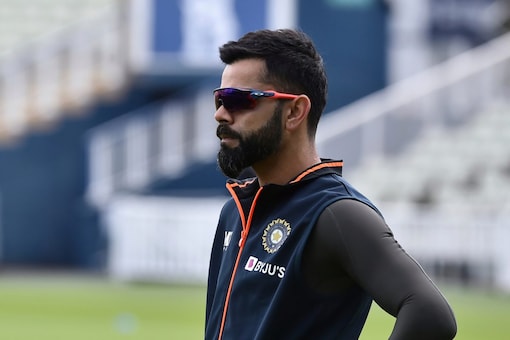 In fact, Agarkar backed the statements of Ricky Ponting, who had said that any opposition attack would breathe a sigh of relief if India decide to drop Kohli. He said:

“Yes no doubt about it (when asked about Ponting’s remark). That is why I feel all this discussion around whether he should be dropped is all too premature. There was two months of IPL where other players have performed but come the World Cup, where if India are two down early while chasing a score you want Kohli in form, you want him batting there. He knows how to bat under pressure. Yes there are other players who are performing well but that doesn’t mean you have to start questioning Kohli. In World Cup, you need top players who have been in those situations. Hopefully before that he gets some runs and boosts his confidence.”