Can Cricket Be Played In Shorts? Yuzvendra Chahal Gave A Hilarious Reply

India leg-spinner Yuzvendra Chahal was asked quite an unusual question and surely not he would have anticipated while talking in the post-match press conference following India’s thrilling 3-run victory over West Indies in the first ODI in Port Of Spain.

Mohammed Siraj defended 15 runs in the last over as West Indies fell only 3 runs short of India’s total of 308 and with that, the visitors took a lead in the three-match series.

Chahal, who is celebrating his 32nd birthday on Saturday, made a significant contribution with the ball: he returned with figures of 2/58, taking the key wickets of half-centurion Brandon King and the dangerous Rovman Powell. 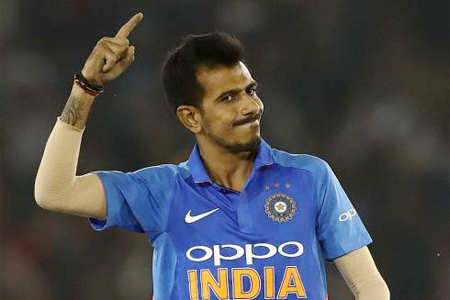 At India’s post-match press conference, a reporter asked Chahal an out-of-the-box question – whether the cricketers should wear shorts instead of full pants in order to deal with the extreme heat they play in – to which the leg-spinner, who is a Chess master, tackled very well, giving an insightful answer.

“No, No. I don’t agree with that (playing in shorts). Because we have to take care of our knees whenever you slide, it’s very hard. My two knees are already gone, there are many bruises. I think full pants work well for us,” replied Chahal.

Chahal bowled three overs between overs 40 to 50 as the West Indies batters looked to hit boundaries. He was taken for 28 runs in his three overs in the final 10, but returned with an important wicket of Brandon King, who could have done further damage after having reached his half-century.

The leg-spinner credited his stint at the Rajasthan Royals earlier in the IPL 2022 where he regularly bowled in the death overs and excelled more often than not. He revealed he’d been told by the management that they will use a few of his overs in the last 10 overs of the game so he was ready for the challenge when it came.

“This change has come from the IPL, because there I was bowling the 16th, 17th and 18th over, so I got the confidence from there. My role was clear, I was told to bowl two-three overs after the 40th over. So I practice accordingly and also plan with our bowling coach,” Chahal explained

Next, the two teams will clash on Sunday for the second ODI at the same ground.