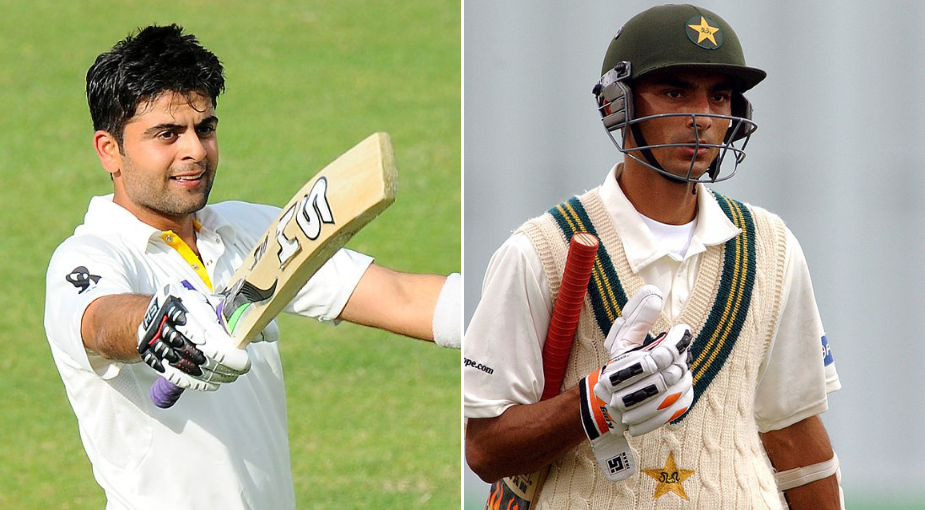 It’s probably fair to say that being a Test opener in Pakistan is one of the hardest jobs in the sport.

In many ways, it’s like working in the cut-throat corporate world: there’s barely any sense of job security, younger candidates are always snapping at your heels, and your good work is quickly forgotten.

Since the turn of the century, as many as 32 players have taken up the role, with only a select few enjoying a long, fruitful run. Apart from the usual suspects, there are the likes of Azhar Ali, Fawad Alam, Kamran Akmal, Shoaib Malik and Abdul Razzaq, who played bigger roles in other positions. Briefly featuring in the 2000s there was also Saeed Anwar and Ijaz Ahmed who featured more prominently in the Nineties.

The latest on the 32-man list is Abdullah Shafique, basking in the limelight after an impressive start in whites.

From the long list, here are a select few who had promising starts to their Test career before they were cast aside. We have only considered those who played at least five Tests, and not more than 20. All statistics below are as an opener.

Hameed introduced himself to Test cricket in grand fashion, smashing 107 & 105 from No.3 on his debut Test, against Bangladesh. A great start meant a greater number of eyeballs following his progress, and Hameed continued to put out promising performances, including fifties in New Zealand, and a 91 on the tour to India. It was then that the management decided to try him as an opener, a move that didn’t give the best of results.

Weaving in and out of the role, Hameed ended up playing 11 of his 25 Tests at the top of the order: those 25 innings fetched him only four fifties – two in Australia, one in India, and another at home. There were two comebacks – one in 2007, and another on the acrimonious tour to England in 2010 after a near three-year gap. That trip to England was the last time Hameed was seen in international cricket.

Nazir is somewhat of a T20 trailblazer, striking at nearly 150 in the early days of the format. A swashbuckling opener, Nazir was drafter into the Test setup aged 17 and he began with 64 & 13 on debut, before enduring a year-long wait for his next Test cap. On return, he stroked a memorable 131 in Barbados to become the third-youngest batter to score a men’s Test hundred.

By the end of 2000, though, he was out of the side again, as more established names hung on, but he was back two years later. On return, he cracked another ton, a career-best 127 against New Zealand. Five months later, he’d played the last of his eight Tests, even though his international career stretched on for another decade.

Highly prolific at domestic level, Khurram Manzoor came with the promise of solving Pakistan’s long-standing opening woes. Handed a Test debut at 22 to partner Salman Butt, he stroked a half-century in his second innings against a full-strength Sri Lanka attack in 2009, his potential evidently on display. His first phase as a Test cricketer lasted nine months before he was shown the door.

A second chance arrived three years later. Manzoor scored a classy century against a world-class South Africa attack suggested he was there to stay in Test cricket but his next 13 innings featured just two fifties and seven single-digit scores, and by August 2014, his Test career had come to a close.

Probably one of the first names that come to mind when talking about unrealised potential. Shehzad was supposed to be Pakistan’s future, a stylish batter who mixed flair with big-match temperament. After tasting success in ODIs and T20Is, he was handed a Test cap in 2013. Three Tests in came a bumper innings of 147 against Sri Lanka, announcing his arrival on the international stage. He justified the hype with another ton against Australia in 2014, and reached a crescendo with a 176 against New Zealand in his eighth Test, during a record-breaking stand with Mohammed Hafeez.

However, the end to the innings came via a bouncer that caused a minor skull fracture, with Shehzad’s bat painfully dropping onto the stumps. He didn’t play another Test for seven months and then managed one fifty in his next six innings. He was dropped after a seven-ball duck in Sri Lanka, and returned for two more Tests a couple of years later. A doping ban in 2018 signalled the beginning of the end.

Fast-tracked into international cricket after impressing in the U19s, Aslam was wearing Test whites before he’d turned 20. Twin fifties in England, in just his third Test, gave Pakistan the hope that the game of musical chairs at the top would finally end. It was a steady start: by his 10th Test, he had six fifties to his name.

It wasn’t easy to hold onto a spot though: with Hafeez opening, and Azhar Ali later promoted up the order, the left-handed Aslam’s chances receded post-2017. The emergence of Imam-ul-Haq, Fakhar Zaman and Abid Ali, and the re-emergence of Shan Masood meant that Aslam fell further down in the pecking order. By 2020, Aslam – yet to turn 25 – decided to move away from Pakistan cricket, and towards the USA, in hopes of a fresh start.

Footnote: Also in consideration, but not part of the discussion, are Shan Masood, Fakhar Zaman, Abid Ali and Imran Butt, all of whom aren’t in contention at the moment but have played Test cricket recently.