Not Tests, Not T20Is, But ODIs Could Be Shubman Gill’s Best Format 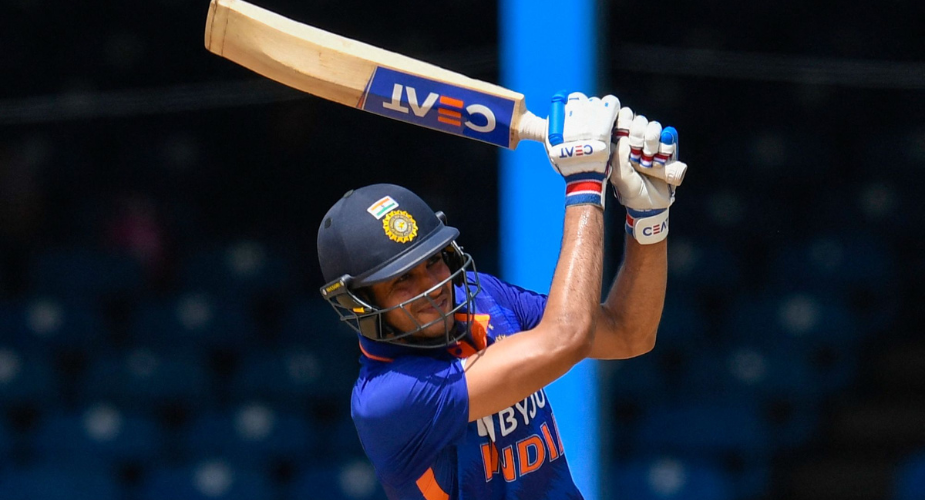 Shubman Gill might have risen to international prominence after a sensational Test series display against Australia in 2020/21 but ODIs seem to be his best format, writes Shashwat Kumar.

For the past few years, not many young cricketers have generated as much hype as Shubman Gill. Part of India’s Under-19 World-Cup winning squad in 2018, the right-handed batter has long been touted for success. He has a stellar first-class record too – something India considered when they handed him his Test cap in Australia in December 2020.

He instantly looked the part during that Border-Gavaskar series, producing a string of impressive knocks. His most important innings came at the Gabba as India defied the odds to register an unprecedented triumph. Rishabh Pant, quite understandably, hogged the headlines but Gill was just as much an architect of that win as the wicketkeeper. Not only did his 91-run knock come at a pace which kept India in the hunt, it changed the tone of the occasion; Gill made India believe that victory was possible.

Gill’s Test fortunes, though, have declined since that game at the Gabba. He has crossed 50 just twice in 15 attempts, with his technical shortcomings exposed. In India’s most recent Test against England, James Anderson forced him to poke at deliveries away from his body, leading to catches in the slip cordon.

The Gujarat Titans batter has also developed a tendency to leave a gap between bat and pad when pushing at deliveries outside off-stump. Anderson exploited that during a sublime spell of reverse-swing bowling at Chennai in February 2021. Kyle Jamieson, too, used a similar modus operandi to outwit Gill at Kanpur later in the year.

So, there’s a fair bit of evidence to suggest that Gill isn’t yet quite up to scratch technically in the longest format. At the moment, he is liable to be troubled by a variety of bowlers in a variety of conditions.

In T20 cricket, Gill’s approach has divided opinion. He has the talent and the strokes to dominate. However, his tempo has come under question at times. There were signs that he was putting those doubts to bed during IPL 2022 but an overall career T20 strike rate of 126.19 doesn’t inspire confidence. This isn’t to say he’s a bad T20 player, but when pitted against the likes of KL Rahul, Ishan Kishan, Rishabh Pant and Sanju Samson, it’s hard to see him getting a run in India’s T20I sides.

When you have a batter of Gill’s calibre, though, there should be a format he excels in, right? A format where he can puff out his chest, dominate as if he owns the place and bat at a comfortable tempo, without really worrying too much about his technique? The sample size isn’t yet there but if his 63-run knock against the West Indies on Friday was any indicator, it seems that the ODI format could suit him to the tee.

England have revolutionized 50-over cricket in the past few years, with India looking to buy into that philosophy too. But batters still have time to establish a foothold in ODIs. Brisk run-scoring in the powerplay remains paramount but with 10 overs at the batters’ disposal, as opposed to six, they have more time to suss things out, pick their match-ups and maximise the field restrictions.

Gill, considering how he mostly relies on classical cricketing strokes, could be perfect for this role. On Friday, he barely played a shot in anger, yet raced away to a 36-ball half-century. During that sequence, he unfurled a sumptuous back-foot punch past cover point, an equally exquisite cover drive, a wristy flick past square leg, a fierce cut past point and a shovelled six over fine leg. When Gudakesh Motie was introduced into the attack, Gill even danced down the track and launched the ball over long on.

He never looked out of control playing those strokes. All of them were conventional shots and wouldn’t have been out of place in Test cricket. There is, obviously, some risk involved when attempting to hit boundaries but they were as risk-free as any, at least for someone of Gill’s class. Despite Gill playing what would be termed ‘normal cricket’, he rattled along at a strike rate of more than 120. He was also adept at handling whatever little movement the West Indies bowlers extracted and it never felt that he was trying too hard to keep up with the rate – something that has marred his T20 career so far.

In ODI cricket, batters have more time to plan their innings. Today’s modern-day rendition demands them to score boundaries but it isn’t as pressing a need as it is in the shortest format. In T20s, batters are often required to keep hitting boundaries, even as bowlers adopt defensive ploys. It might still be the case in the 50-over game at times but bowlers are generally tasked with picking up wickets, as opposed to just containing.

Gill has, over the years, struggled with his boundary-hitting in the shortest version. He has produced strokes that have left people gaping in awe but the frequency has been the problem. In Test cricket, his attacking intent and effervescent brand of batting has been refreshing at times. However, the extra movement, coupled with some slight chinks in his technical armour, have meant that those have only been fleeting glimpses.

ODIs, thus, offer him the perfect opportunity to succeed, at least at this point in time. The ball doesn’t seam and swing as much. Even if it does, it doesn’t do so for long periods. Boundary-hitting is an important part of batting but it is not the aspect that defines an ODI batter. Most tellingly, Gill has a chance to bat the way he wants, without trying to be someone else – something that is almost forced upon him in different formats.

The right-handed batter might have shot to fame during the 2020-21 Border-Gavaskar Test series, although it must be remembered that his first game for India was an ODI against New Zealand at Hamilton in January 2019. So, there was clearly something India saw in him – that too just a year after the Under-19 Cricket World Cup.

Now, it’s time for him to show that their punt in ODI cricket was worth it all along.