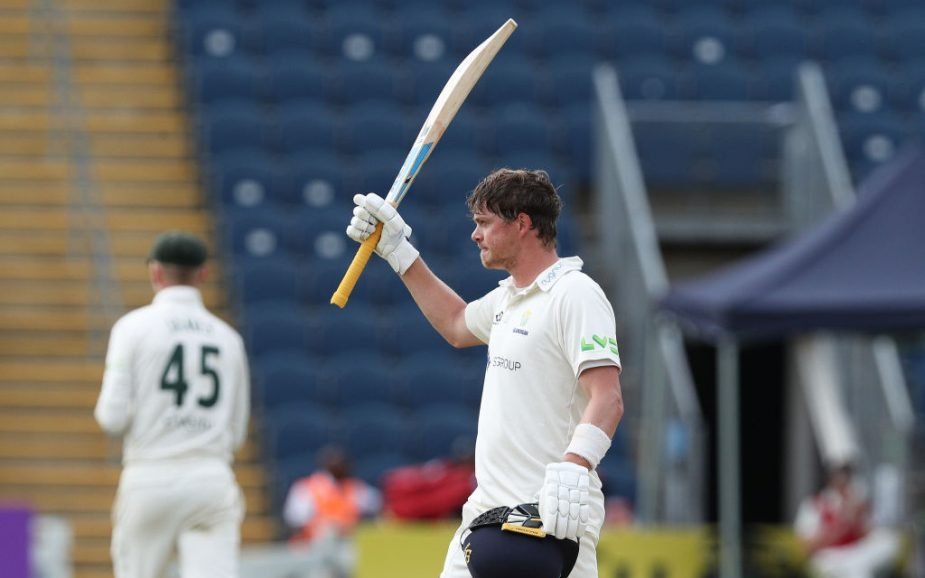 In an extraordinary win for Glamorgan, Northeast finished unbeaten on 410 as the Welsh side put up a total of 795-5 in response to Leicestershire’s first-innings 584 at Grace Road. The hosts were then bowled out for 183, with Glamorgan securing their fifth win in this year’s County Championship.

The knock also saw Northeast surpass 1,000 first-class runs in what is his debut season at Glamorgan, taking him to the top of the run-scoring charts in the Championship.

Northeast, 32, has long been considered to be one of the best batters in England to have not played international cricket. The Ashford-born right-hander came through the ranks at Kent and played for England under-19s, hitting twin hundreds in a Youth Test against Bangladesh in 2009.

He battled through a couple of lean summers at the start of his Kent career to take on the captaincy in 2015, a role in which he excelled. In 46 first-class matches as Kent captain, Northeast hit 3,650 runs at an average of 58.87, including 10 hundreds.

He moved to Hampshire in 2018 and after a quiet first season, averaged more than 50 in the 2019 County Championship. But after a testing 2020, Northeast turned journeyman in 2021. Hampshire announced Northeast’s departure by mutual consent last July, and he went on to have loan spells at Yorkshire and Nottinghamshire that summer.

Glamorgan then announced his signing last summer, and his first year in Wales has turned into one of the most prolific of his career.

But what about England?

Despite his age-group success, Northeast has never played for England nor has he earned a senior call-up. He had to wait until 2018 to make his England Lions debut, and 12 innings so far the second-string side have resulted in one half-century, an unbeaten 77 against a New South Wales XI in a 50-over game on a tour of Australia in 2020.

Yet shortly after that tour Northeast missed out on England’s 55-man training squad later that year and has not played for the Lions since.

While England’s top order has undergone constant change over the last few years, Northeast position as a middle-order player – where England have had a bit more stability – may explain why his name has not dominated selection debates.

Northeast has also spent much of his career batting in Division Two and, when speaking to the Pinch Hitter in 2020, said he felt as if making runs in the second tier were often devalued when it came to England selection. “It was as though they weren’t worth anything,” Northeast said. “Having played in both divisions in the past few years, the gap’s not as big as people say. At times it doesn’t feel like there’s a leap at all. That was frustrating, when it felt scoring runs for Kent in Division Two just didn’t mean anything.”

It remains to be seen whether Northeast will ever get the chance to make that final jump to the international stage.