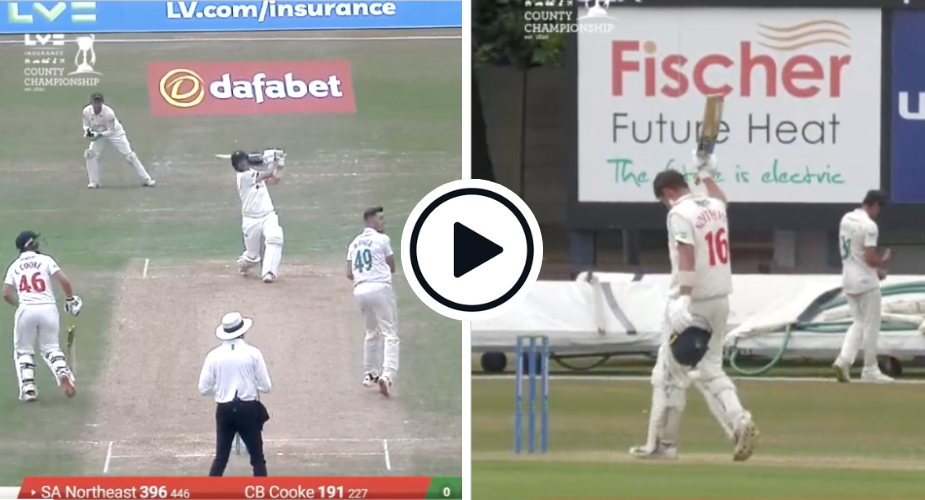 The 32-year-old spearheaded Glamorgan’s response against Leicestershire with his maiden first-class double-hundred on day three of their Division Two clash, but refused to slow down, going on to convert it into a triple ton, only the second ever by a Glamorgan player. Before lunch on day four, he’d crossed the magical figure of 400.

The 450-ball epic was even more special considering Glamorgan had been reduced to 9-2 in response to Leicestershire’s 584 when No.4 Northeast joined Colin Ingram in the middle. Together, they stitched a 306-run stand, handing the side a lead that only grew into day four. There was also luck along the way – on 96, he was dropped in the slips – but he continued to pile on the runs at steady pace, closing in on a historic quadruple century in the first session.

On 396, and with Glamorgan on 781-5, Northeast clubbed back-to-back sixes off Roman Walker to reach the landmark. The over – the 160th of the innings – ended with two more runs off his bat, after which skipper David Lloyd declared, leaving Northeast unbeaten on 410, having spent over 10 hours at the crease.

If not for the declaration, Northeast could have potentially crossed Archie MacLaren’s score of 424 to make the highest first-class score by an English cricketer, and Brian Lara’s legendary 501* could even have been in his sights. The innings replaced Graeme Hick’s 405* for Worcestershire to become the ninth-highest individual score in first-class cricket.

Watch: The six that took Northeast past 400

The moment Sam Northeast went to 400, with a six.