Will Jacks, The Surrey Spinning All-Rounder Tipped To Be The Next Moeen Ali 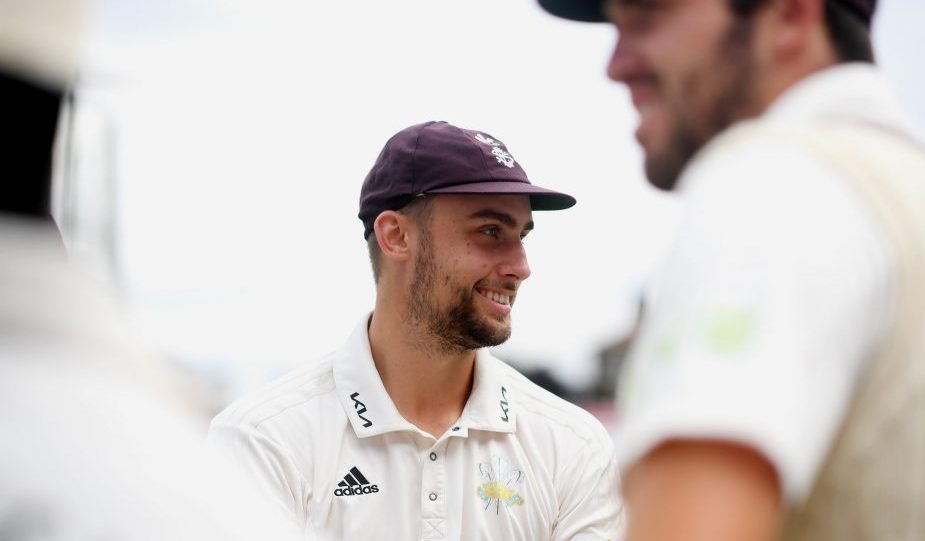 Will Jacks, a23-year-old all-rounder, is having a superb season for Surrey, adding red-ball prowess to his already stellar white-ball reputation.

Going into this season, Jacks was known for his ability with the bat in white-ball cricket and for sending down some handy, if modest, off-breaks.

This year, however, he has been Surrey’s front line red-ball spinner and averaged over 50 with the bat as edges ever closer to international recognition.

Jacks is a result of a Surrey production line that has turned out multiple professionals in recent years including Ollie Pope, Ryan Patel, Sam Curran, Amar Virdi and Gus Atkinson. He joined the county as an under 9 and made his debut as a 19-year-old in 2018. He quickly became a key part of the side in all-three formats, scoring a century in his third List A game. At the end of that season, he would travel to New Zealand as part of the England under 19 World Cup squad, where he captained the side in their final fixture of the tournament.

In early 2019, he would make headlines when on a pre-season tour of the UAE, he struck a 25-ball century against Lancashire, an innings that included six sixes in an over off the bowling of Stephen Parry.

A relatively modest 2019 followed, where, a maiden first-class century aside, Jacks flattered to deceive, but a superb 2020 confirmed him as an exciting talent. He was named as the T20 Blast MVP, scoring over 300 runs and also taking 13 wickets at an average of 16.07. That performance subsequently earned him a Big Bash contract with the Hobart Hurricanes.

Jacks has also played in the Pakistan Super League and Bangladesh Premier League, finishing as the competition’s leading run scorer in the latter.

I don’t know about you, but Will Jacks is feeling 2022

2022 has, without doubt, been the year that Jacks has found his feet in red-ball cricket. Through potential, he had gone on an England Lions tour to India at the end of 2018, but before this season he had a first-class batting average in the twenties.

Will Jacks hit eight sixes to move from 84 to 150*!#LVCountyChamp pic.twitter.com/RiLIo0283k

At the start of the season he found himself in the unfamiliar territory of batting at eight and playing as a specialist bowler, something that he had never done before. This was the result of a stacked Surrey batting line-up and Jacks having impressed with the ball throughout the winter, with him overtaking Virdi and Dan Moriarty in the pecking order.

However, as the international summer ramped up, opportunities to bat reappeared for Jacks who took them with aplomb. A century against Kent in a run-fest was followed up by a career-best 150 not out against Essex where, batting at No.6, he helped Surrey recover from 112-7 to post 319 all out. n innings where, having showed his red-ball class to get to a hundred, he used his white-ball ability to get to 150, as his last 50 runs came off just 16 balls with Surrey nine down.

In a pre-season interview with ESPNcricinfo, Surrey’s head coach Gareth Batty laid out his belief that “genuine all-rounder” Will Jacks could be the next Moeen Ali.

“Skillsets and development, there are parallels there, there really are,” Batty said.

“Moeen, I knew from back at Worcester. You could see for all that he was a very talented batter, wow, did he bowl a beautiful stock spin ball… Moeen grew into, pretty quickly, the frontline spinner that could also get you a hundred. Tell me a team that doesn’t want that asset.

“I don’t say this lightly. If we are saying that we want Will to emulate Moeen Ali, then we are asking a lot of him. Moeen is a wonderful cricketer, worldwide there aren’t many who can do what he can do. So we’re asking a lot of him [Jacks], which possibly shows where I’m coming from with the perception that he’s our lead spinner right now.”