It was another opportunity squandered for Sanju Samson when he managed only 12 runs off 18 balls in the first ODI against the West Indies on Friday at the Queen’s Park Oval, Port Of Spain.

Samson, who is dropped from the following T20I squad, was selected in the eleven vs West Indies ahead of the likes of Ishan Kishan and Ruturaj Gaikwad, though both of them aren’t really options for the number 5 position which was given to Samson. 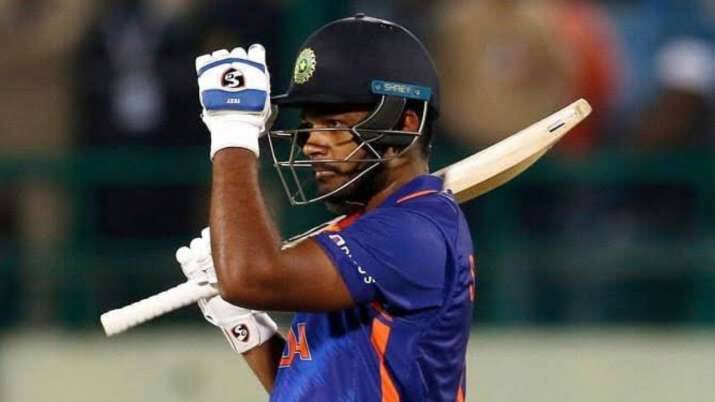 Will Sanju Samson ever be consistent in the Indian colours?

He came in to bat at the score of 230/3 in the 36th over. After being 4 off 8 balls, Samson launched Akeal Hosein for a flat six over deep mid-wicket to make his initial statement. However, that energy soon fizzled away as after knocking around for a couple of overs then, Samson was trapped lbw by seamer Romario Shepherd, failing in his attempt to flick it on the legside.

He reviewed the decision but to no avail as it was shown “umpire’s call” on HawkEye and the 27-year-old had to take the long walk back, him and his fans knowing that another chance to make an impact was wasted.

Former Pakistani spinner Danish Kaneria said that Samson had looked “dull” and unremarkable in his innings in the first ODI before falling to Shepherd. 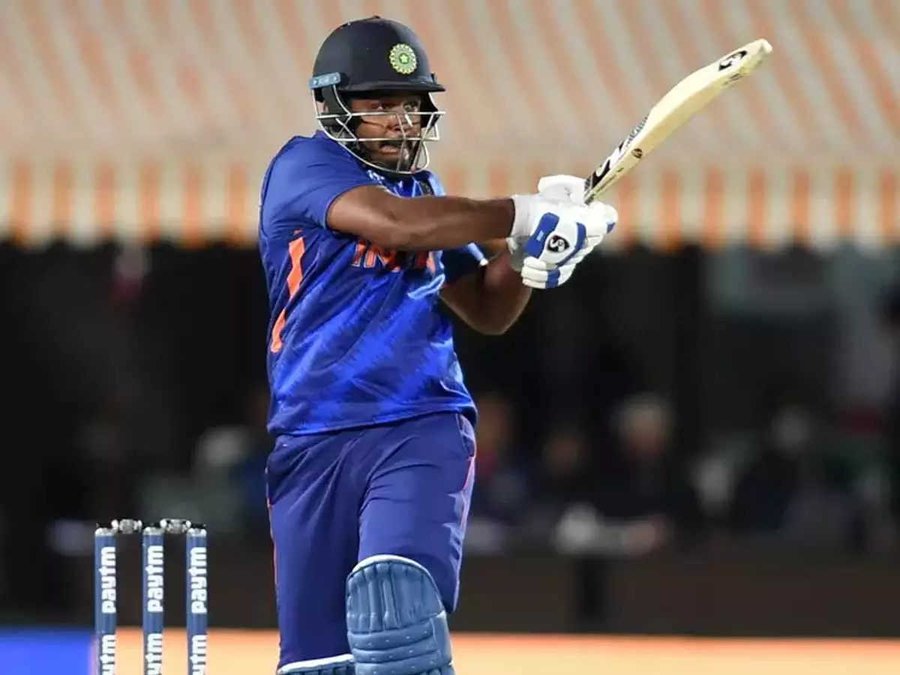 Kaneria also asserted his thoughts on Samson’s batting position – who batted at number 5, stating that India shouldn’t have pushed Samson up in the order in trying to utilize him the same way they had done with Rishabh Pant.

“Samson got another chance but he didn’t look special. He looked dull before Romario Shepherd got him out,” Kaneria said on his YouTube channel. “India pushed Samson up the order the sameway as Rishabh Pant. But Samson ain’t Pant. His batting is completely different.”

Deepak Hooda came in at number 6 and scored 27 runs off 32 balls. Kaneria opined that Hooda, who is in superb form since the IPL and who had smashed a T20 century last month batting at number 3, should bat ahead of Samson.

“(Deepak) Hooda should bat up the order. He is a fantastic player who is in great form as well. India shouldn’t meddle with his batting position,” the former Pakistani spinner added.

Although this was Samson’s only second ODI match – he made his debut a year ago in Sri Lanka scoring 46 runs on a turning surface – there is already his reputation of being inconsistent that’s hurt him, and with other players making stronger cases, the Keralan batsman needs to do better and do it regularly. It is also not to forget that in his last T20I match, Samson had hammered 77 runs off 42 balls vs Ireland last month.