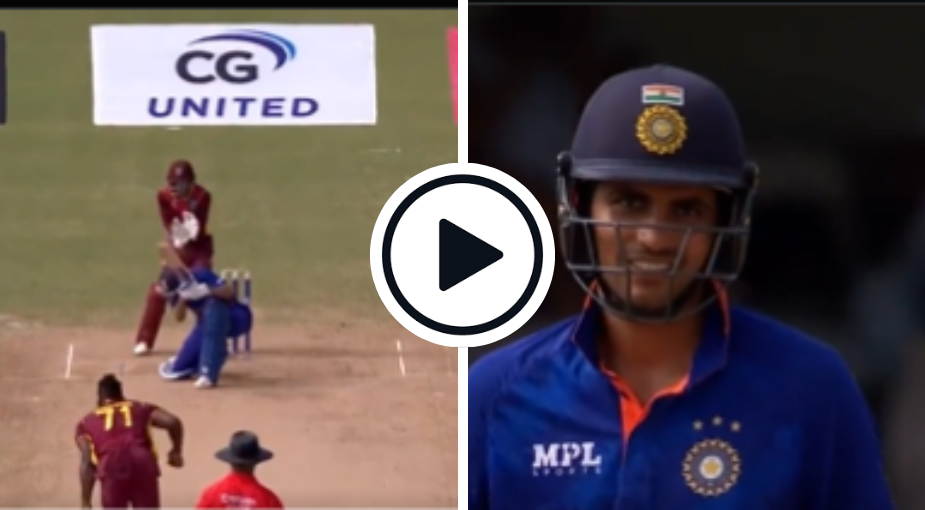 Watch: Shubman Gill was out in bizarre fashion after an unsuccessful attempt at a scoop ended in a caught-and-bowled dismissal during the second West Indies-India ODI.

Gill, who scored a fine 64 in the first ODI, got another brisk start in the second game, making 43 with the help of five fours. However, he was unable to carry on in India’s run chase of 312, getting dismissed in the 16th over by Kyle Mayers in an absurd manner.

The fourth delivery of the over was a length ball that Gill tried to play over the head and behind the keeper. He failed to middle the ball, though, getting the cue end of the bat to it, and ended up lobbing it back to Mayers, who took a simple catch on his follow-through.

Gill’s stay at the crease lasted 49 balls as India lost both their openers for 66. The visitors ended up winning the game to seal the series with one match to go.

Viewers in India can watch it here:

[email protected] tried to hit behind the keeper and completely missed it.

Viewers in the UK can watch it here: