Aakash Chopra Explained How Shubman Gill Is A Unique Batsman

Ever since Shubman Gill burst onto the scene in the 2018 under-19 World Cup, where he finished as the Man of the Tournament for scoring 372 runs at an average of 124, fans have never stopped talking about his elite class.

He was into the IPL straightaway batting for the Kolkata Knight Riders. And just a year after the Under-19 triumph, Gill was given his ODI debut in 2019 in New Zealand and played a couple of more ODIs that year.

He then made his Test debut – in perhaps the most difficult of tours in Australia against the likes of Mitchell Starc, Pat Cummins, Josh Hazlewood and Nathan Lyon. But, the youngster came out with flying colours, scoring 91 in at the Gabba victory. 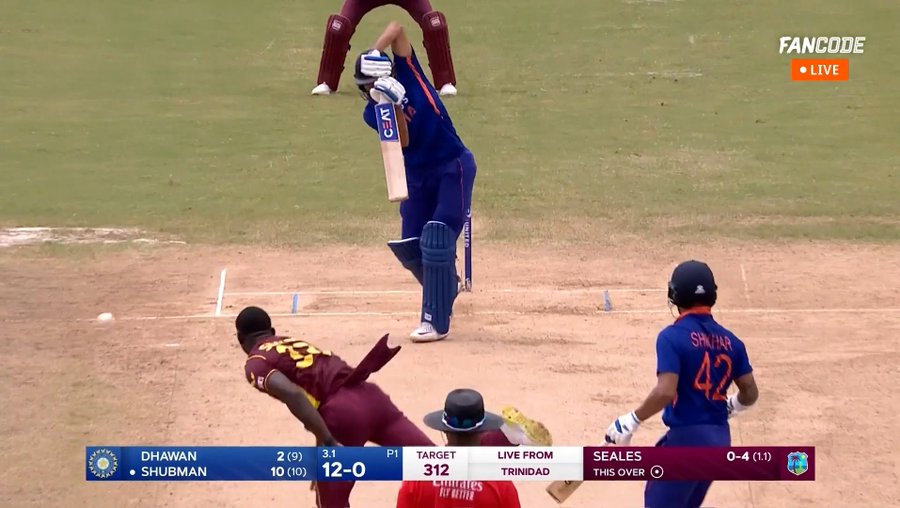 Shubman Gill is the man for the future

Although the right-hander is yet to hit an international century having played 11 Tests and 5 ODIs, there is little doubt over his future success.

He was recalled to the ODI team for the ongoing West Indies series and was selected in the eleven ahead of the likes of Ishan Kishan and Ruturaj Gaikwad.

Gill hit his straps straightaway and rumbled to 64 runs off 53 balls in the first ODI, and looked destined for a century – but got run out. In the second ODI, too, Gill provided India with a strong start, scoring 43 runs off 49 balls as Shikhar Dhawan fell early.

The Punjab batsman’s elegance and class in Test cricket have always taken fans in awe. Now that he’s gotten opportunities in ODI cricket, the other aspects of his game – such as finding gaps, batting at an accelerated tempo, and pacing of innings – have got him huge praises from all corners.

One among his fans is former India opener Aakash Chopra, who was gushing on Twitter about the qualities in Shubman Gill’s batting that makes the batsman stand out from the others.

Meanwhile, after a close 3-run victory in the first ODI, India claimed the series in another last-over thriller in the second ODI – winning with 2 wickets in hand and only 2 balls to spare completing the chase of 312.

Axar Patel, who had taken 1/40 in 9 overs with the ball earlier, was magnificent with the bat in the run chase – smashing 64 unbeaten runs in 35 balls, after fifties from Shreyas Iyer and Sanju Samson had kept India in the hunt.

With the result of the series done and dusted, both teams will meet for the dead rubber on Wednesday.