Are England’s ODI Batting Struggles A Blip Or Something More Serious? 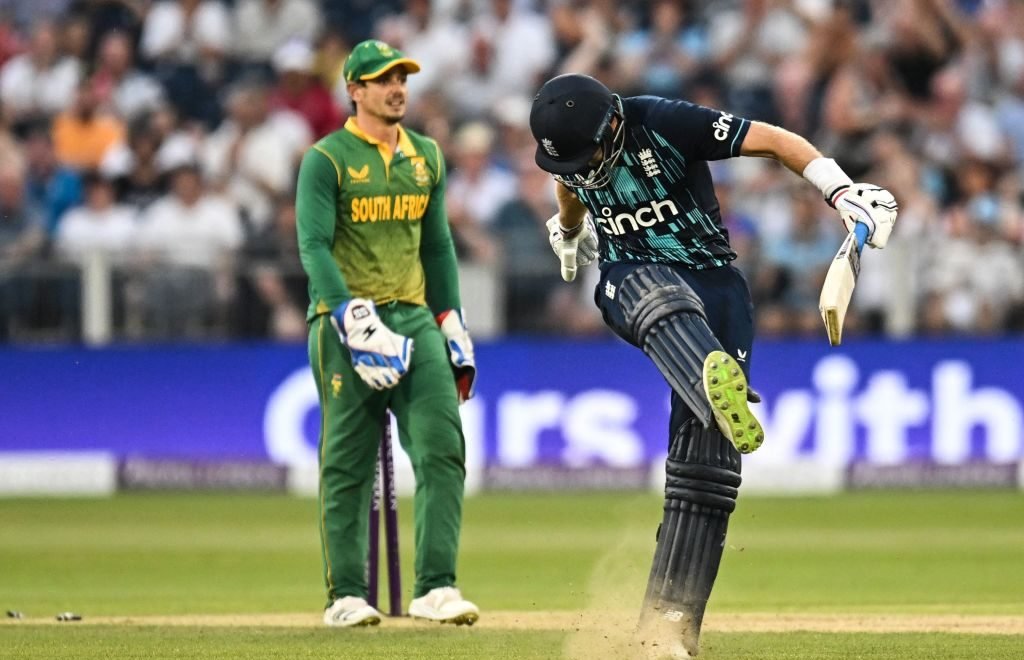 England men’s ODI summer came to a close on Sunday, with rain ruining the final match of their series against South Africa.

The three-match series finished with a 1-1 scoreline, meaning that England, for the first time since 2014, will complete their home summer without an ODI series win.

That 2014 season – which consisted of series defeats to India and Sri Lanka – was followed the next year by a tumultuous 2015 Cricket World Cup campaign in which England crashed to a group-stage exit.

That led to a radical change in England’s playing style. Under the leadership of Eoin Morgan, an ultra-aggressive batting approach led the 50-over side to new heights, the crowning moment being World Cup glory in 2019. Three times in the last six years, England have broken the record for the highest ever men’s ODI total, with 444-3 against Pakistan in 2016 surpassed by 481-6 against Australia in 2018, before 498-4 was reached last month against the Netherlands at Amstelveen.

Things have been a great deal more difficult for England since that 3-0 series win over the Netherlands, however. In their five ODI innings at home this summer (three against India and two against South Africa), their highest score was 271, coming in their defeat to the Proteas. This makes this the first summer since 2014 that England have failed to reach 300 in a home ODI.

The failure to go big is reflected in the individual batting averages too. Jonny Bairstow finished with the highest average amongst his teammates this summer, with his 136 runs coming at an average of 27.20. He was also one of just three batters to make a half-century for England this summer. From 2015 to 2021, England had at least four players average more than 40 across each home ODI summer; in 2016 and 2019 they had eight men breach that barrier.

England’s low totals have not been down to a more conservative approach with the bat. In fact, data shows that they have actually gone the other way, opting to attack even more. According to CricViz, England attacked just under 60 per cent of the deliveries they faced in their home ODIs this summer, a higher percentage than any other year since the start of their resurgence under Morgan in 2015. But that didn’t lead to the gargantuan totals that have defined English white-ball cricket in recent years; instead Jos Buttler’s side were bowled out in all five completed ODIs, including their 29-over-a-side contest against South Africa.

Much of the batting order remains the same from that World Cup win, though there have been a couple of changes. Morgan called it a day after the Netherlands ODIs, while Ben Stokes quit the format after the first ODI against South Africa in a bid to manage his workload across forms. Phil Salt, who impressed as an opener against the Netherlands, was given an opportunity at No.3 following Stokes’ retirement, while Liam Livingstone replaced Morgan for his first full summer in the ODI team. The departure of the two southpaws means England have had to tinker with their batting options after years of calming stability.

It’s also worth pointing out just how freakish England’s top six was in the 2015-19 World Cup cycle. Between the end of the 2015 tournament and the 2019 World Cup final, England had seven regular top-six batters, with Bairstow supplanting Alex Hales as opener in 2017. All seven of those batters averaged north of 40, with five averaging more than 45, Stokes averaging exactly 50, and Joe Root an eye-watering 58.75. All seven of those players scored at a strike-rate of more than 90, with six scoring above 95 and three at above a run a ball. Buttler’s record, averaging 47.46 at a strike-rate of 124.59, bordered on the absurd. Their batting line-up was operating at a level perhaps unmatched in ODI cricket history. A drop-off might only be natural, and finding replacements for Morgan and Stokes will take time.

Other factors may explain England’s recent downturn. After the first ODI against South Africa, Joe Root pointed to white-ball conditions in England offering a different to challenge to what has been on offer in recent years. “It’s been conducive to a very different kind of cricket,” he said. “Three out of the four have been very unusual white-ball wickets to what you’d normally expect in England.”

After the series, Buttler expressed his frustration at the lack of training time his white-ball unit have had amidst a packed calendar, with their 12 home games this summer cramped into the space of 24 days.

“It’s a frustration of mine that we don’t have any training days,” said Buttler. “Those training days are really important for team cohesion, energy within the group, the camaraderie without the pressure of a game. They’re vital to high performance. When you miss that, it’s a frustration, but it’s how this month has panned out.”

Whatever the reasons behind England’s recent blip, their white-ball focus will now move to the shortest form, with three T20Is against South Africa this week serving as preparations for the upcoming World Cup in Australia. Only after that tournament will we able to see whether England can lift themselves out of this slump before they defend their 50-over crown in India next year.

“He can be a fantastic option for the Indian team for T20 World Cup”: Danish Kaneria on Arshdeep Singh