CricViz: How Are England Shaping Up Ahead Of The T20 World Cup? 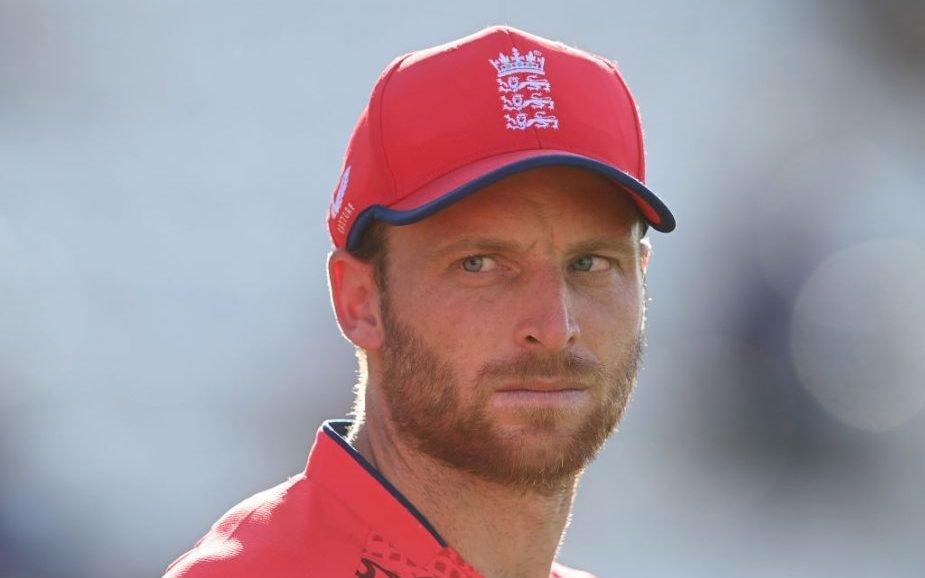 CricViz analyst Kieran Parmley assesses how England’s team is shaping up ahead of this year’s T20 World Cup.

An extra batter or bowler?

It may be too early to make sweeping statements about the balance and philosophy of Matthew Mott and Jos Buttler’s England, but there have been some notable shifts from the previous regime.

England opted to play both Moeen Ali and Sam Curran in the side at No.6 and 7 the first two T20Is against India, a move away from the combination often used under Eoin Morgan – for the T20 World Cup semi-final against New Zealand, Sam Billings was brought in at No.7 instead of a more bowling-heavy player.

Buttler’s side boasting the extra bowling-heavy player gave the new skipper as many bowling options as possible, arguably at the cost of batting quality. Whilst both Moeen and Curran are good quality batters, there is still a knock-on impact of removing a ‘specialist’ bat for an all-rounder, with the batting unit becoming slightly more wary of the value of their wicket – particularly following the batting collapses seen during the India series. 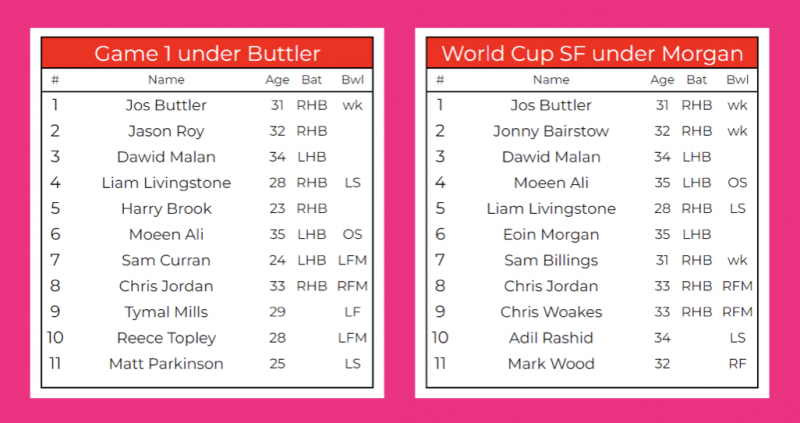 The last thing England want is for explosive top-order batters like Jason Roy and Buttler to go into their shells a little as a result of this slight shift. This was rectified in the final game of the series with Phil Salt coming into the side – whether that is a quick shift back to the Morgan batting-heavy style and the end of their experiment or just a short-term fix remains to be seen.

England’s lack of flexibility with their batting order during the India series was also a notable change from the Morgan era. Both Moeen and Curran are left-handed and good players of spin, making them perfect for complementing England’s heavily right-handed batting lineup, and yet neither batted higher than No.6. With England’s new middle order pair of Liam Livingstone and Harry Brook still settling into their roles and more suited to facing pace and batting in the second half of the innings, England could’ve been more flexible with their batting order to prioritise their batters strengths.

Do England have a left-hander problem?

Brook seems to be the man picked to replace Morgan in the middle order, and that left England with just one left-hander in the top five during the India series. The importance of left-and-right-handed batting combinations in T20 cricket is often overstated, but England would be foolish to not consider the benefits in terms of maximising matchups, disrupting opposing bowling plans, and making use of lopsided boundary sizes.

Dawid Malan remains England’s primary left-handed option but the news of Ben Stokes’ retirement from ODI cricket – and thus potential availability in the T20 side – as well as some patchy form from Malan makes his long-term position in the side slightly more questionable.

One of England’s alternative options to combat their left-hander issue is to use a flexible batting lineup. As mentioned above both Moeen and Curran, if selected, can add value for England in the middle overs as left-handed batters – not only would this move not impact the balance of the side but it’s a move they have used in the past, seen with Moeen batting up the order during the last T20 World Cup. 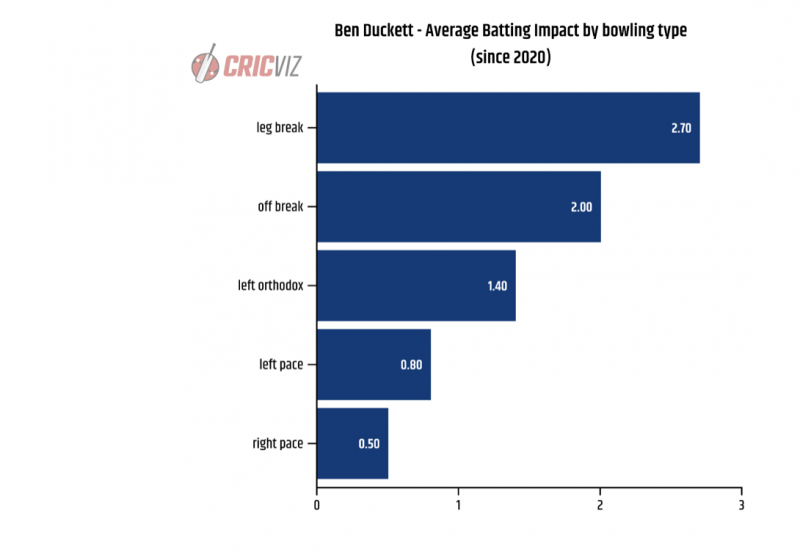 Ben Duckett is the wildcard option for England, a now relatively experienced left-handed top-middle order player who is more spin-orientated than pace. Should Malan’s form drop off and Stokes remain absent, England could look to the 27-year-old as a good squad option to provide that left-handed option and take on his matchups – leg-spin and left arm orthodox – whilst looking comfortable in protecting his wicket against off-spin. He’s the near perfect left-handed middle-overs player in that regard.

The biggest worry for England with Duckett is his ability against pace, which is particularly concerning with a T20 World Cup in Australia on the horizon. England also generally prefer well-rounded batters as opposed to those who lean heavily to one side or the other, which also goes against Duckett’s selection. England still have plenty of options available to them should they decide Duckett isn’t quite ready for the step up to T20I cricket.

It could be argued that the biggest reason why the Buttler-Mott shift to a more bowling-heavy side wasn’t productive was due to the continued absence of England’s senior bowlers.

There’s no doubt that England are a better bowling side with Jofra Archer in it and with the next World Cup coming up in Australia, Mark Wood’s high pace is also a highly valuable asset. Adil Rashid was a key absentee too, with Matt Parkinson struggling to have an impact against India’s batting unit, while Chris Woakes was arguably the best performing bowler during the T20 World Cup last winter, regularly picking up key wickets. The drop in quality when key bowlers are missing is noticeable but this summer has shown some bright sparks on the bowling front. 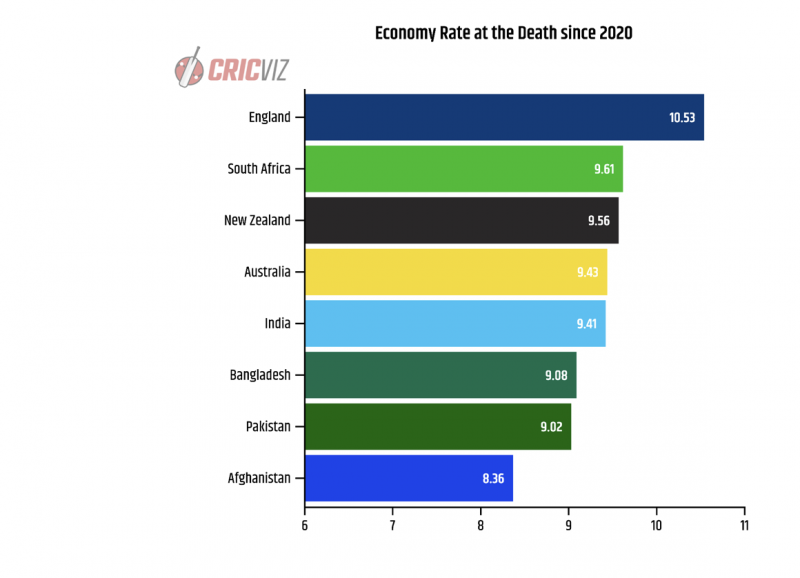 Chris Jordan was England’s most impactful bowler after Richard Gleeson during the T20I series against India, a welcome return to form following a disappointing West Indies tour. Playing on English shores somewhat played a part in his performances, with knowledge of local grounds heavily influencing his method of bowling. During the first two games at Southampton and Edgbaston just 10 per cent of his deliveries bowled were attempted yorkers – a delivery with minimal room for error considering the conditions on show. In the final fixture in Nottingham however, Jordan looked to go full with 60 per cent of his deliveries, showing the sort of flexibility that he’s often been criticised for lacking when it comes to his bowling, particularly at the death. If Jordan can sustain this level of performance England may think twice before looking at alternatives to fix their death bowling.

Reece Topley has had an exceptional summer in England colours and looks to have established himself in the white-ball setup as a reliable left-arm pace option, particularly threatening with the new ball but also offering death skills when called upon. No one picked up more wickets than Topley across the ODI and T20I series with India and it could be argued that he’s done enough to force his way into England’s full strength side.

England will be missing some of their key pace bowling stars again for the T20I series with South Africa and considering how often an occurrence this is, the leadership duo of Buttler and Mott may need to think twice before settling on a bowling-heavy balance. This isn’t to say bowling heavy is the wrong approach, it can almost certainly work with Archer, Wood, Rashid & co all available – but is this a risk worth taking with the batting and all-round stocks England have available?