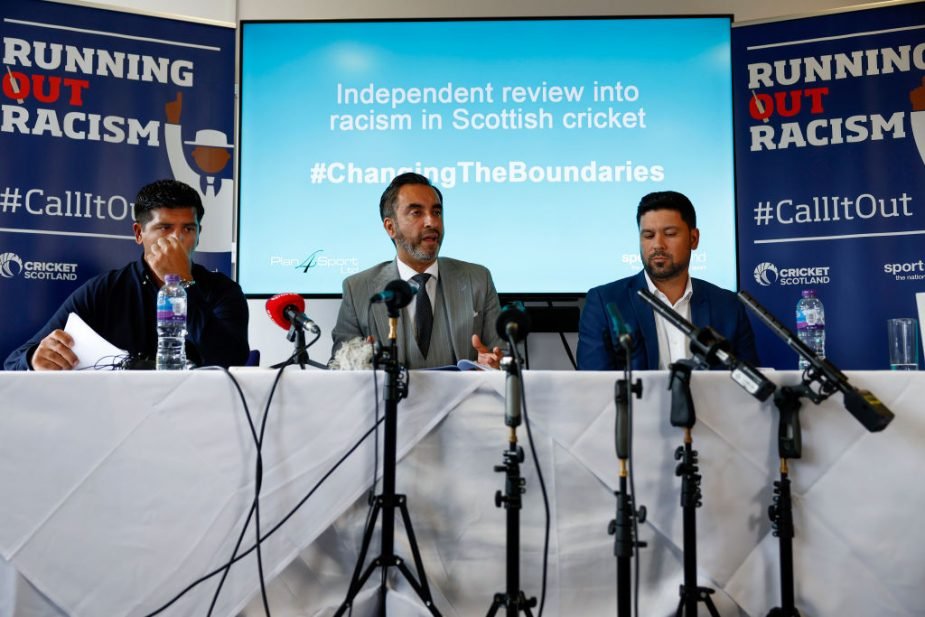 ‘Changing The Boundaries’, an independent report into racism in Scottish cricket, was published on Monday, sending shockwaves through the sport in the country and leading to mass resignations among those in charge.

Following on from the Yorkshire racism scandal and with similar issues engulfing Essex, the report is the latest development for a game attempting to get to tackle a systemic issue, but is sure not to be the last.

Why was this report commissioned?

Former Scotland internationals Majid Haq and Qasim Sheikh gave interviews to Sky Sports News last November, with the former claiming that Cricket Scotland was “institutionally racist”. Sheikh said that he was on the end of “unfair” treatment from the governing body.

In December, sportscotland announced the commissioning of an independent investigation into racism within Scottish cricket, with Plan4Sport – global EDI experts – beginning their review this January.

The introduction to the final report explains how “Scottish cricketers began to share their stories of and experiences of racism” following the revelations of the Yorkshire CCC racism scandal.

Nearly 1,000 people directly engaged with the review over six months.

What are the findings?

The review heard from people who had experienced racism within Scottish cricket, and the final report highlighted what participants had witnessed within the game:

According to the review, a “significant” number of participants stated “their lack of trust and confidence in Cricket Scotland to manage allegations of racism effectively”.

The report states that incidents have been referred “directly to Police Scotland as hate crimes, or to Cricket Scotland”.

On Sunday, prior to the publication of the report, the board of Cricket Scotland resigned with immediate effect.

In a letter of resignation to the interim chief executive of Cricket Scotland Gordon Arthur, the board said: “We are all truly sorry and have apologised publicly to everyone who has experienced racism, or any other form of discrimination, in cricket in Scotland.”

The report’s immediate recommendations state that Cricket Scotland be placed under special measures by sportsscotland until October 2023.

Other recommendations include an action plan to be developed by Cricket Scotland, the undertaking of a governance review and the appointment of four new roles to Cricket Scotland – an anti-racism and EDI manager, discipline manager, HR manager and communications manager.

Another significant recommendation is for Western District Cricket Union be placed under special measures by Cricket Scotland, with the union to be immediately suspended from “managing all disciplinary matters relating to its competitions and clubs”.