Rahul Dravid Recalled Hilarious Incident After Scoring His First Century In School Days: Who doesn’t knows Rahul Dravid’s name? Right. No. Well, the editor of a newspaper didn’t when the right-hander notched up his first century at the school level and called him ‘Rahul David’!

That was the day Rahul Dravid learned that he needed to do a lot more than scoring a century at the junior level to get the recognition, the man himself recalled. And, well, he did – didn’t he? 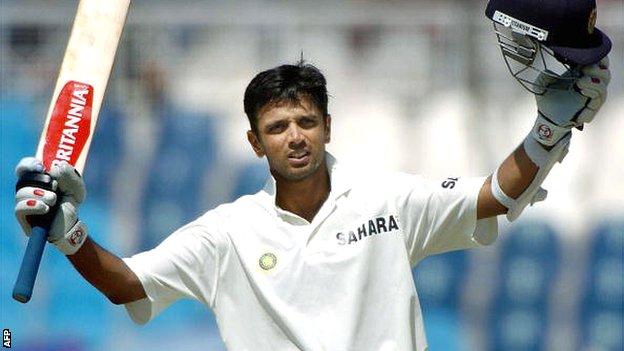 From scoring a century at the school level, Dravid became India’s all-time second-leading run-scorer amassing 24064 international runs in an illustrious career that spanned for 17 years.

In a recent chat with India’s first individual Olympic gold medalist, Abhinav Bindra, Dravid was asked about the mistake in his name that a newspaper editor did when he hit his first junior century. In his humble and down-to-earth style, Dravid responded by saying that he learned a major lesson that day.

“The editor obviously thought that there was a spelling mistake and there could be no one as Dravid. So, it had to be David, right? Because it’s a lot more common name,” the current India head coach said in the podcast ‘In the Zone’.

“So, I think it was a good lesson for me as well to realize that while I might be really happy and excited about scoring a 100 in school cricket but I am still not well known. And people don’t even know my name. They can’t even trust my name to be right and have to change it,” Dravid added.

Abhinav Bindra uploaded this clip of the podcast on Twitter, and captioned it: “Rahul ‘David’ recounts a crucial lesson he learnt after scoring his 1st century in school cricket. Tune in to my podcast ‘In the Zone’ to dissect the mind of THE gentleman from the gentleman’s game.”

You can lister this particular clip here:

Rahul ‘David’ recounts a crucial lesson he learnt after scoring his 1st century in school cricket. Tune in to my podcast ‘In the Zone’ to dissect the mind of THE gentleman from the gentleman’s [email protected] https://t.co/A9iUknxEMu #InTheZoneWithAB #Under25Original pic.twitter.com/v2CAvNAPRB

Meanwhile, Dravid, who took the head coach role last year, is currently in West Indies where he has assisted India in winning the ODI series. Under Dravid, India’s Test fortunes, though, have dwindled a little, with a series loss in South Africa and then the Edgbaston Test loss.

His next major assignment, though, is in the shortest format: the 2022 T20 World Cup in Australia in October-November

Quiz! Every Pakistan Men's ODI Player In The 2000s