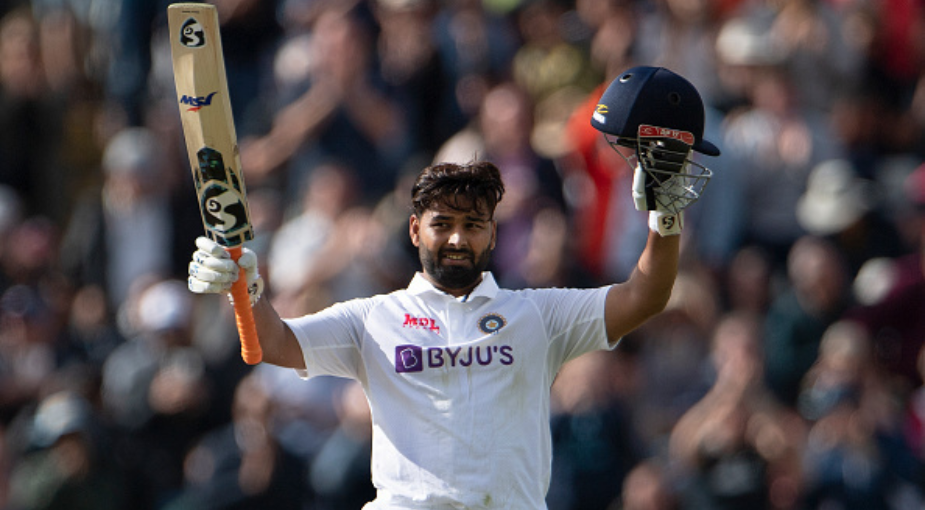 Aged only 24, Rishabh Pant is already one of the biggest superstars in Indian cricket, and with the rate with which he is churning out match-winning knocks in Test cricket, his legacy is expected to climb even further.

The left-hander, who turns 25 this October, has already racked up 2,123 runs in 31 Test matches with five hundreds and 10 fifties. His average of 43.32 gives an insight into how Pant’s career has panned out so far: largely consistent with extra large dollops of frantic thrill. If he’s not batting, he’s busy competing with the on-air commentators, with his array of strange sounds, running thoughts on R Ashwin’s bowling or crooning of ‘Spiderman, Spiderman’ giving them a run for their money. Off the field, he is a ready babysitter, probably discussing with them the history of Gabba, a once-unconquered fortress on Australian shores, and how the empire had an embarrassing fall.

In just under four years since his Test debut, Pant’s stocks have increased manifold to a stage where he can now dream of challenging the records of the all-time legends of the game. He already has scored the most Test runs by a designated wicketkeeper-batter before the age of 25, making 555 more runs than second-placed Mark Boucher, who had hit 1,563 runs at an average of 29.53 by the same age. The India middle-order batter also has the third-best average among wicketkeeper-batters with at least 1,000 runs before 25. Kumar Sangakkara (1,450 runs at 48.33) and Quinton de Kock (1,513 runs at an average of 45.84) are the two ahead of him.

If Pant can maintain his pace of run-scoring, he could break Adam Gilchrist record for the most Test runs by a wicketkeeper – standing at 5,570 runs – in just over five years. India have a jam-packed Test schedule in the 2023-27 Future Tours Programme, playing 38 Tests besides completing the quota of matches in the 2022/23 calendar. Assuming Pant is available for all the games, he will be a sure-starter in the XI and could go on to become the highest run-scorer amongst wicketkeeper-batters before turning 30.

The fact that Pant is also second on the list of best strikes rates (72.65) amongst all wicketkeeper-batters (min. 1,000 runs), behind only Gilchrist is further testimony to how explosive his Test knocks have been. Overall, he is one of three players along with Gilchrist and de Kock to average over 40 and score at a rate of over 70 in the format. He has hit a whopping 48 sixes in his career so far: 32 more than any keeper till the age of 24 and is just 52 short of breaking Gilchrist’s record of 100 maximums, which he smashed in 96 games. It might not take Pant long.

He is not all about bang bang, though. What truly has been the hallmark of Pant’s short career thus far has been his ability to switch approaches. He looks to bide his time upfront before accelerating: a template he followed to perfection in the recent Oval Test against England, where he scored a ton with a rate of 131.53. His slowest hundred – with a strike rate of 71.94 – at Cape Town earlier this year came when no other batter in the innings made it to 30.

Pant looks to take calculated risks and stay longer at the crease, a move that has paid off, with five tons already in 53 innings. No other keeper-batter made more than four Test hundreds before turning 25. Five of Pant’s 10Test fifties have also been a score in the 90s – giving him a total of ten 90+ knocks. De Kock and Sangakkara managed five 90+ scores each before their 25th birthdays.

It’s bewildering to think that Pant could have had 10 centuries in the format if he had converted all his 90+ knocks: he would have then been only one of three keepers with 10 centuries and would have needed eight more to cross Gilchrist’s tally of 17. What-could-have-beens aside, the India keeper is on track to end with more than 17 hundreds, needing 13 more to cross the Australian’s record. However, with Pant, and his frustrating habit of looking for a big hit in the 90s, predicting when he will overhaul the Australian is tricky. He is currently scoring hundreds at a rate of roughly one every six Tests. Should he maintain that rate, he will need just over 100 Tests to overtake Gilchirst

Four of Pant’s hundreds have also come away from home. In the overall list, only Les Ames (five), Andy Flower (six) and Gilchrist (10) have more away Test tons; it’s another feat that should not be beyond Pant.

Not only is Pant a much-feared batter, but he has also made rapid improvements with the gloves, with a total of 122 dismissals, or an average of two dismissals per innings. He is second on the list of most dismissals made before 25, with Boucher on top of the pile, with 181 to his name. Overall, Pant will require some work to enter the top five list of most successful glovemen in Tests. Boucher, with 555 dismissals, is still a long, long way ahead, and at the current rate, would need around 216 more innings to end as the top keeper.

It was not long ago when the home crowd had targeted Pant with chants of “Dhoni, Dhoni” after the youngster dropped a catch during the third West Indies T20I in 2019 at Thiruvananthapuram. In less than three years, the Delhi Capitals skipper has won over the world with some audacious batting, his hard work putting him at a stage where he can topple over the greats of the game, and forcing us to rally behind him as he continues his path to superstardom.

“Was never going to be like Virender Sehwag or Sachin Tendulkar”: Rahul Dravid