Shreyas Iyer has done himself big favours as far as his ODI prospects are concerned with twin fifties in two ODI in the ongoing series against West Indies.

Iyer, who didn’t get a chance to bat in the ODI series against England, has now made a strong claim in the 50-over format to be ahead in the pecking order than Suryakumar Yadav who has failed to utilize his chances, twice vs England and now vs West Indies.

In the first match, Shreyas Iyer, batting at the number 3 in place of the rested Virat Kohli, scored 54 runs off 57 balls and followed it up with another half-century in the second ODI, scoring 63 runs off 71 balls. He had struggled to get going in the first match, but was largely fluent in the second, even taking on the short balls with a couple of disdainful pull shots. 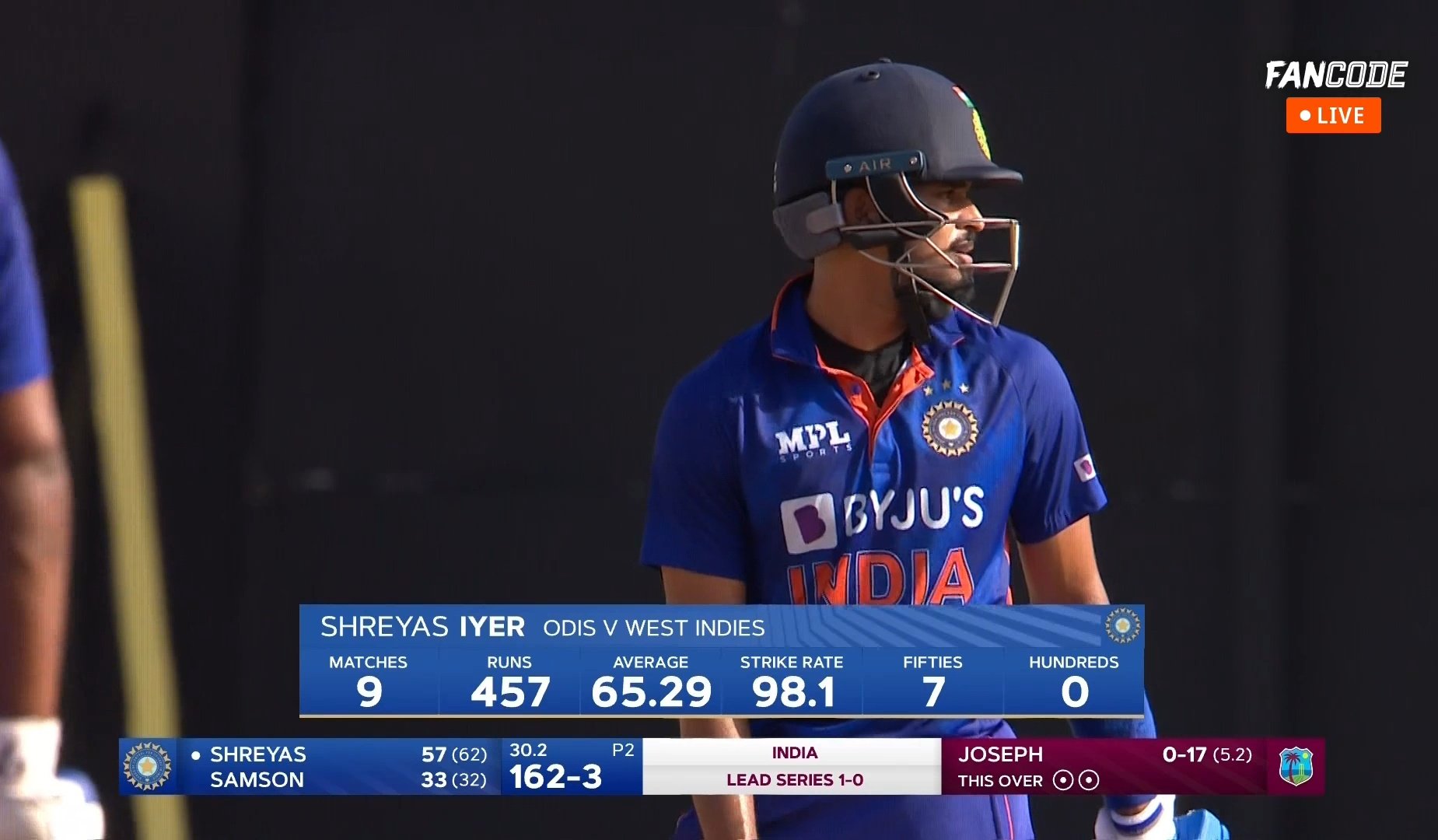 Shreyas Iyer has only one ODI century in 29 matches

He was even looking set for a bigger score than the 63 he managed on Sunday, but was trapped LBW by Alzarri Joseph, though Iyer considers himself “very unfortunate” – as HawkEye showed ‘umpire’s call’ to a delivery that would have only hit the outside of the leg stump.

The 27-year-old has one ODI century to his name, back in 2020, and 11 fifties now. Iyer admitted that though he was content that his half-century came in a match-winning cause, he felt “really unhappy” to miss out on a three-figure score.

“I was really happy to get what score I got today, but really unhappy with the way I was dismissed. I thought I could have taken the team through easily. I was setting up the total, but was very unfortunate with the wicket. Hopefully, I get to score a century in the next game,” Iyer said after the game. 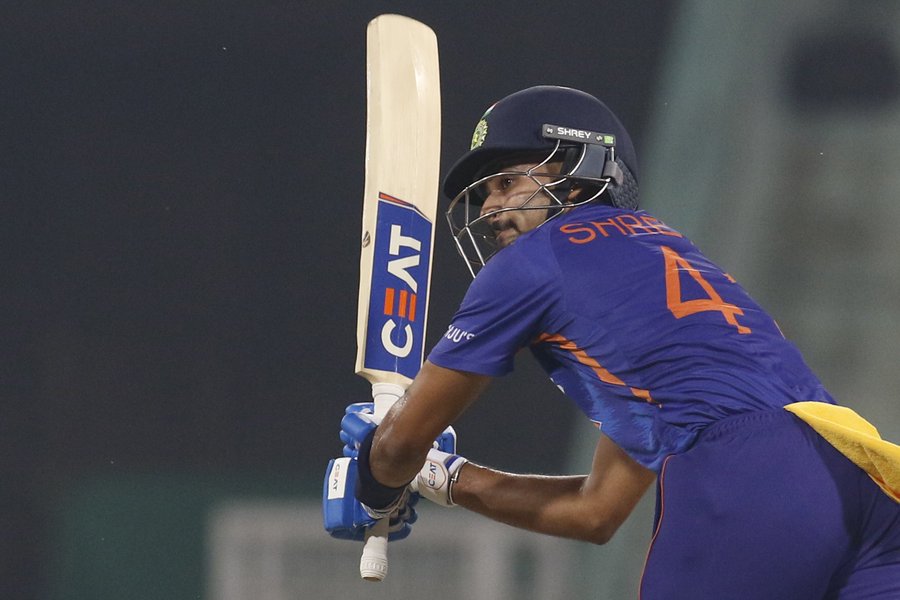 He was also effusive in praise of the way he has learned so much from head coach Rahul Dravid. Whereas Iyer had looked exposed against short balls on the recent England tour, he has done really well on the West Indies tour so far.

He had the time spent with Dravid – right from his Delhi Daredevils days to India A stint and now with the national team – to give credit for his progress.

“I have been working with him [Dravid] for many years. We talk technique and temperament on a match-to-match basis. Situations change. When we have team meetings, everyone talks. We don’t come to a conclusion but learn from each other’s views. It’s a good conversation between us. Rahul sir has been supportive throughout, he doesn’t put much pressure on the mind,” Iyer added.