How Much International Cricket Have The World’s Most In-Demand All-Format Players Actually Played? 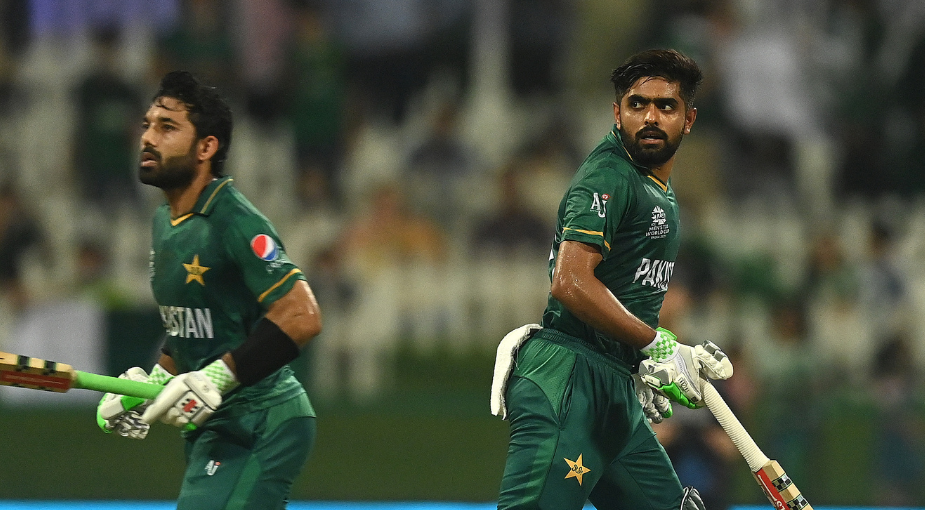 Ben Stokes’ sudden ODI retirement has rekindled the debate over the international workloads of players – the calendar seems to be only becoming more and more packed.

It’s also put the spotlight on some of the other all-format players and the burden of their jobs. The sport has perhaps never been as physically and mentally demanding and balancing the load of three formats – coupled with bio-security protocols and the increased impetus of T20 leagues, the life of those who play all three formats will only get busier.

Not for nothing is Rizwan one of the world’s leading wicketkeepers, having established his monopoly across formats. As Sarfaraz Ahmed’s appearances have reduced to near nil, Rizwan has been bending his back behind the sticks, and powering through with the bat at the top.

Across formats, he’s scored the fifth-most runs since the start of 2020, with the bulk of those coming through T20Is and Tests. It’s interesting to note that Pakistan have played the fourth-least ODIs in the period among all teams, lessening the load on Rizwan to a certain extent, but he’s also been the one behind the stumps in each of those games. In the shortest format, he’s been in dream touch: no other batter has scored more runs in the last two and a half years. Only Nicholas Pooran has played more T20Is in that time.

The other half of what has been a record-breaking opening pairing in T20Is, Babar has raised his levels to be a modern all-format giant in the last two years. Purely in terms of runs, he leads the charts since 2020, averaging 53.59 across formats, with 10 centuries (only Joe Root has more).

Comfortably sitting atop the batting rankings in ODIs and T20Is, and placed fourth in Tests, Babar seems to be enjoying his best years in the sport, and at 27, could elevate his game even further going forward. Add to the run-churning spree his captaincy workload across formats, and you’ve got one of the busiest players in the game going around. With a busy year ahead, including the Asia Cup and the T20 World Cup, the calendar will continue to stay packed for him.

Bairstow entered 2020 primarily as a white-ball player, having been kept out of Test plans until England’s tours to Sri Lanka and India in early 2021. The Ashes turned things around, and now: this year, he averages 76.46 with six centuries, and is firmly part of England’s Test batting line-up, while also being a regular in the other two formats. He’s also kept wicket in 17 out of 67 international games since 2020.

With his spectacular resurgence in Tests, Bairstow is all set to have a busier schedule going forward.

Long past are the days when Bangladesh’s Test calendar used to feature a few scattered games. They’re now a busy all-format team, with Litton Das being one of their central batting figures over the last few years. The fifth-most capped international player in the decade so far, Das has enjoyed a fine run of redemption in Tests and ODIs, scoring seven centuries combined – six more than he managed in his first five years at the international level.

He’s also stood behind the stumps in 28 of those 66 matches, adding to his workload, and currently has the third-most runs across formats – behind Babar and Root – since the start of 2020.

The youngest in terms of international experience on this list, Rassie currently enjoys the highest average in ODI history, and has been scoring runs for fun in the format (he’s the third-best player in the world according to ICC rankings), while also expanding his portfolio in Tests and T20Is (ranked tenth).

No other South Africa player has hit more runs, across formats, since the start of 2020; neither has a player from the country featured in more games.

Other all-format players who’ve played the most games since 2020:

Despite the obvious dip in form, Kohli has been motoring along with little break across formats. India’s most capped player since the beginning of 2020, Kohli’s famously not been able to collect a century in that time (across formats, he averages exactly 20 runs lower than his career average), with many experts citing that a break from the game could do him a world of good. Not the captain of the side anymore, Kohli’s workload has undoubtedly lessened, but the search for runs has kept the pressure on.

One of the finest all-format bowlers going around, Shaheen is clearly enjoying his role as Pakistan’s bowling spearhead while still in his early twenties. No specialist bowler has played more games since the start of 2020, and neither has any player picked more wickets across formats (129 at 24.82)

Buttler’s been in breathtaking white-ball form since the start of 2020, enjoying resounding success in the IPL as well. Now left out of England’s Test plans in the middle, he has been elevated to the captaincy since the departure of Eoin Morgan.

Indian cricket’s newly anointed superstar, Rishabh Pant has carved out a name for himself with his freewheeling approach across formats, quickly becoming the side’s first-choice wicketkeeper. Still in his early twenties and fairly fit, Pant has been one of India’s most capped players in recent times, despite the management switching between different keeping options.

Over the last few years, Bavuma has risen up the ranks within South Africa cricket, taking over as captain of their limited-overs sides from Quinton de Kock.

To put things in perspective, the pandemic ensured a slowing down of things in a way. In the 30 months preceding the timeline we chose (July 2017 to January 2020), the ones in demand played much more cricket. Rohit Sharma (116) and Virat Kohli (109) both featured in 100+ games across formats, with four more players – Shikhar Dhawan, Joe Root, Jonny Bairstow and Shai Hope – playing 90 or more games.

With the pandemic’s effect waning and cricket back in full steam, it remains to be seen how many other players go the Stokes way.