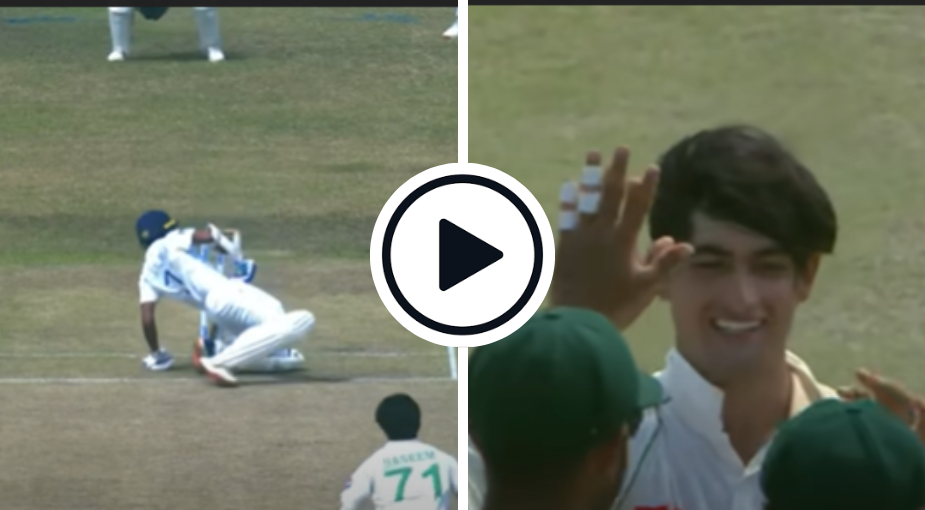 19-year-old Wellalage, who has played five ODIs for the national team, did not have the most memorable first outing in Test cricket, departing for a 20-ball 11 in the first innings. The left-hander started off his five-day career with a cover drive off a 141kph ball by Naseem but fell soon after to him.

Wellalage unsuccessfully tried to duck under a vicious bouncer by Naseem, almost falling over backwards as he did so. The ball brushed past his gloves before lobbing up to Babar Azam at second slip for an easy catch. Babar had, earlier, spilt a sitter off Angelo Mathews on day one of the Test match.

Sri Lanka managed 378 in their first innings, following which Pakistan were all out for 231, giving the hosts a 147-run lead. Sri Lanka trail the two-match series 0-1.