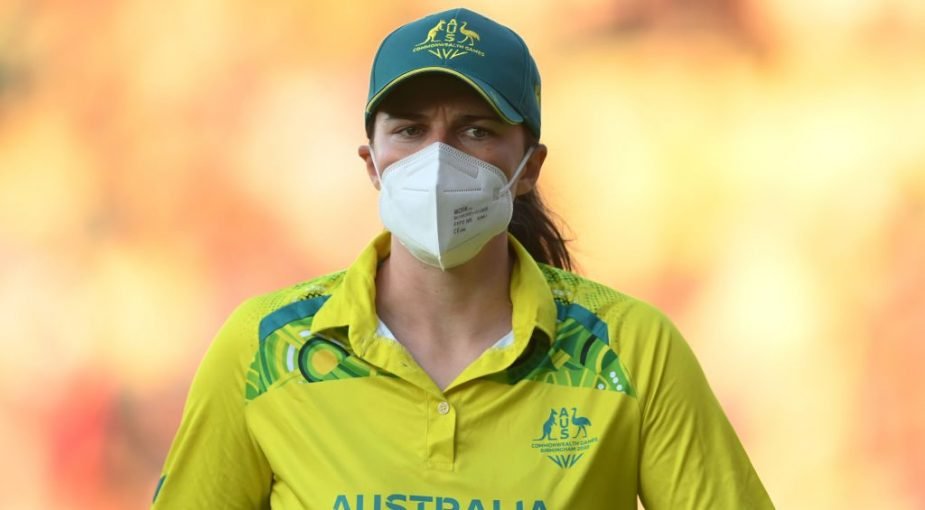 Australia included Tahlia McGrath in their playing XI for the Commonwealth Games final. The decision ended cricket’s stance against COVID-19.

No one was overly concerned about the delay at the toss ahead of the final of the Women’s T20 at the 2022 Commonwealth Games. It was not until some time into the match that the fans got to know the official reason. Tahlia McGrath had tested positive for COVID-19, but the ICC had sanctioned her inclusion in the XI once Cricket Australia had promised adequate precautions.

One can see why Cricket Australia were keen to include McGrath, an all-rounder good enough to keep Ellyse Perry, no less, out of the XI. They assured “a range of comprehensive protocols which will be observed throughout the game and for post-match activity, to minimise the risk of transmission to all players and officials.”

They reached out to – and secured sanctions from – both the ICC and Commonwealth Games Australia. They also sought permission from the Indian cricket team. “We had to show the sportsman’s spirit. We are happy that we didn’t say no to that girl, that would be very hard-hitting for her,” Indian captain Harmanpreet Kaur later elaborated.

Until it was her turn to bat, the television cameras kept panning on to McGrath, a solitary figure in the dugout, padded up and masked, ready to bat at four. The mask was not there when she walked out. Her distance from the others on the field, particularly Indian wicketkeeper Taniya Bhatia, or from her teammates on the post-match podium, had probably made some flinch. Not too long ago had cricketers been prevented from even shaking hands on the field.

McGrath had an off day, scoring two runs and conceding 24 off her two overs, but that did not alter the outcome of the match. The all-conquering Australian side predictably became the first women’s team to win gold medal in cricket at the Commonwealth Games. Despite their glorious evening in Edgbaston, McGrath’s inclusion will continue to remain a talking point.

It has been two and a half years since Aaron Finch and Kane Williamson had accidentally shaken hands at the toss before the teams played a match in an empty stadium. That series was left unfinished as the world – cricket and beyond – came to a halt.

Over time, things improved – but not entirely. Cricket found a way back, leaning on locked doors and home umpires for support. Schedules were altered. Venues were changed. Terms like quarantine and biosecure bubble became mainstream cricketing jargon. Cricketers were cooped up inside hotel rooms once they arrived in a new country. COVID-19 substitutions were introduced. The IPL – the most expensive cricket league in the world – had to be split into halves in 2021 when the Coronavirus found a way to the camps.

With vaccinations and booster doses, cricket crept closer to pre-pandemic normalcy. And yet, even in 2021/22, cricket received major setbacks, especially in global tournaments, where more individuals are involved. The Women’s World Cup Qualifiers in Zimbabwe had to be stopped midway, stripping Sri Lanka and Thailand of opportunities to qualify for the main tournament. At the World Cup, the ICC allowed teams to field female members of the substitute staff in case of a COVID-19 outbreak in a camp.

In between the Qualifiers and the World Cup, six Indians tested positive for the Coronavirus during the Under-19 World Cup, leaving India with exactly eleven fit cricketers. Reinforcements had to be flown out. Canada fared worse when nine of their squad went down: their matches against Scotland and Papua New Guinea had to be cancelled. It was ironic in a way, for both Canada themselves had earned direct qualification after the zonal qualifiers had to be cancelled.

In a nutshell, cricket’s response to positive cases has been – as late as in this year – twofold. To isolate the infected cricketers, and, in case of a mass breakout, stop the team from playing or stop the match or tournament altogether. It has been followed irrespective of the stature of the cricketer or match in question. Even in this Commonwealth Games, Pooja Vastrakar and S Meghana had to miss India’s first two matches, against Australia and Pakistan, after they contracted COVID-19.

By allowing McGrath to play, cricket set a dangerous precedent. Boards and team managements will want to field cricketers if they have a mild case of COVID-19, and will cite her inclusion to put their case forward. The decision effectively put an end to cricket’s unflinching stance against the Coronavirus.