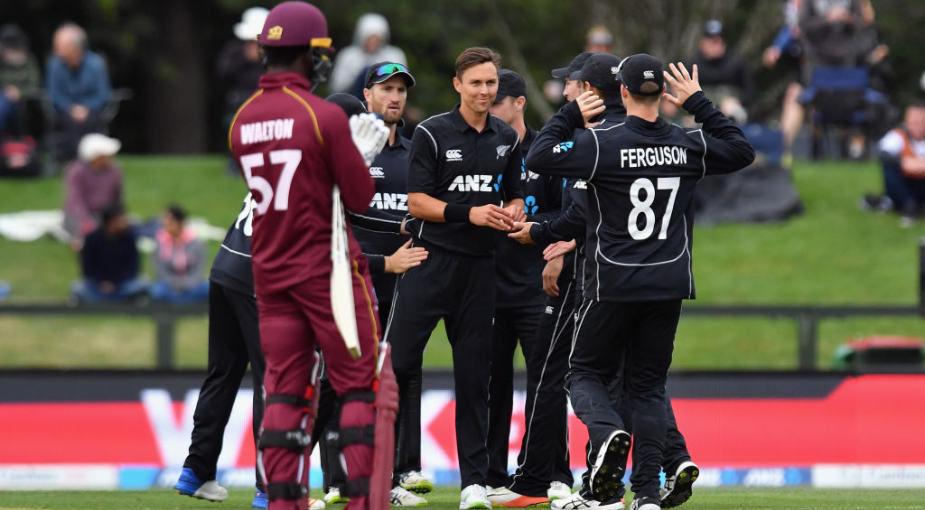 New Zealand will tour the West Indies for a white-ball series — here’s where you can watch WI vs NZ T20Is and ODIs in 2022, including TV and live streaming details.

The Black Caps continue their white-ball tour across the glove, travelling from Europe to the Caribbean. After playing games against Ireland, Scotland and the Netherlands, New Zealand will take on the West Indies from August 10, first playing three T20Is before competing in as many ODIs.

The visitors are strengthened by the return of Kane Williamson, who missed the white-ball matches in Europe. Tim Southee, Trent Boult, Martin Guptill and Lockie Ferguson have been named as well. The Black Caps have announced a joint squad for both formats, which will be played over the span of 11 days.

This will be New Zealand’s first trip to the West Indies since 2014.

The hosts are yet to announce their teams for either format.

All three T20Is will be played at the Sabina Park in Jamaica, with the 50-over games being played at the Kensington Oval in Barbados.

In West Indies: Fans can see all games on ESPN Caribbean. They will also be able to listen to live commentary on the Windies Cricket Youtube channel.

In New Zealand: All matches of the Kiwi’s first trip to the West Indies will be shown live on Sky Sport and Sky Sport Now.

In India: FanCode have the rights to show all home matches of the West Indies team in India. You can live stream all six games with a pass on the FanCode app.