What Would India’s Test Team Look Like In The Next Five Years? 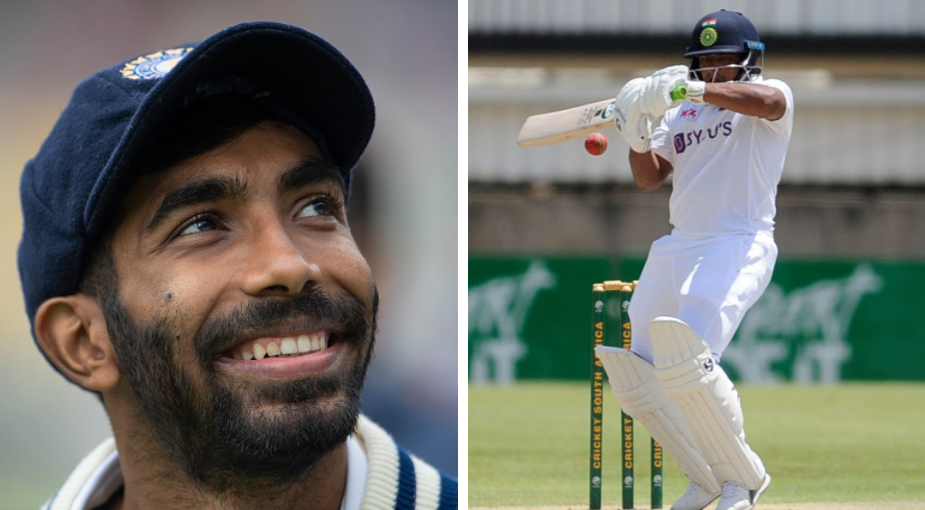 With most players in the Indian Test team well into their thirties, an entirely different unit may take the field in the not-so-distant future. We take a look at the XI that could play regularly for the side in the next five years.

We have omitted names based on realistic expectations. We have left out Mohammed Shami, Virat Kohli, Cheteshwar Pujara, and Rohit Sharma. Ravindra Jadeja is 33, but we will are not likely to complain if he manages his fitness levels and plays for India even after five years.

The spin attack is thin, largely due to the chasm between R Ashwin and Jadeja and their successors in terms of experience – and spinners generally peak late in their careers. The rest of the line-up consists of players who have been around for a while. It should not be a difficult transition period for India.

Shaw has had a roller-coaster journey so far. Deemed the next big thing in Indian cricket after a string of big hundreds right from age-group level, he made a stellar entry to Test cricket, hitting 134 and 70 in his first two matches. However, an injury forced him to miss the Test matches in Australia in 2018/19. In 2020, he struck a fine 54 in a low-scoring Test match in Christchurch, but glaring technical issues led to his omission following the Day/Night Test in Adelaide later that year.

Shaw returned to the domestic circuit to score 827 runs in the Vijay Hazare Trophy in the 2020/21 season, the most by anyone in a single edition of the trophy. He scored 355 runs in six Ranji Trophy games this year at a strike rate of 80.86. With his ability to tee off from ball one, he may essay a role similar to Virender Sehwag’s at the top of the order.

Since his Test debut in 2014/15, Rahul has been in and out of the side despite the fading out of Shikhar Dhawan and M Vijay. He finally cemented a spot after last year’s England tour. Rahul’s constant tryst with injuries has not worked in his favour, but if he remains fit, the 30-year-old may still find a spot in the XI five years later.

Rahul looked at ease against the new ball in both England and South Africa, and can be unstoppable when in full flow. He has seven hundreds and 13 fifties from 74 innings, carving out long innings across conditions. He has also led India once.

Gill became hot property after India’s triumphant campaign in the 2018 Under-19 World Cup. One of the most pleasing contemporary batters, Gill has opened in 10 of his 11 games for India, but can also bat at one-down. He has been troubled with the moving ball at times, and cries to have him lower in the order have been doing the rounds. There is no denying his talent, and he should be a certainty in the XI over the next few years.

Iyer has played four of his five Tests at home. While his struggles against short-pitched bowling are well-documented, he does average 51 in First-class cricket. He started his Test career with a back-against-the-wall hundred against New Zealand. Coming in at four will shield him from the new ball on most occasions, allowing him to dominate the spinners.

The Mumbai batter is in the form of his life and should get a look in soon. With a cut-off of 2,000 runs, Sarfaraz has the second-best average in the history of First-class cricket, next only to Don Bradman’s, which is all one needs to know about his consistency. He scored 982 runs in the recent Ranji Trophy, with four centuries and two fifties in six games.

Only 24, Pant is on his way to end as one of the greatest wicketkeeper-batters of all time. He already has ten scores in excess of ninety, and has got hundreds in Australia, England, and South Africa. He scores runs for fun across conditions, keeping viewers entertained along the way.

Sundar’s bowling figures should not be measured on pure numbers alone. He picked up four wickets at the Gabba when the first-choice spinners were out of contention, and hardly got to bowl in the home Tests against England, where the duo of Ashwin and Axar Patel wreaked havoc.

With the bat, Sundar has scored crucial runs: his 62 in Brisbane helped India beat the mighty home side, and then followed it up with an unbeaten 96 a few games later, against England.

Axar has five five-wicket hauls in six matches. While he is yet to play a Test away from home, he has outshone Ashwin and Jadeja – two of India’s all-time greats – in these Test matches, which is no mean feat. Already a limited-overs star, he has made rapid strides with the bat as well, and can be a like-for-like replacement for Jadeja in the future.

Bumrah’s entry in the XI is not in doubt even five years down the line – or in an all-time India XI. As India continue to rotate captains in inconsequential tours, their premier cricketer will be rested adequately between Test series.

Siraj can swing the ball into the right-hander, has a mean bouncer, and never seems to tire despite bowling long spells. He edged out veterans Ishant Sharma and Umesh Yadav in the recent overseas tours, and should the new ball with Bumrah in the future.

Krishna has played 12 ODIs and has been mighty effective, picking up 21 wickets. However, his pace and excellent seam position indicate a fruitful career for India in Test cricket. He has been a part of the extended squad on the overseas tours recently, and a debut awaits despite only sporadic appearances in First-class cricket.

An open letter to Arshdeep Singh