On Tuesday, former South Africa-born cricket umpire Rudi Koertzen passed away after a fatal car accident. Rudi, aged 73, was on his way back home from Cape Town to his residence at Despatch in Nelson Mandela Bay after a golf weekend, when he met with the accident.

“He went on a golf tournament with some of his friends, and they were expected to come back on Monday, but it seems they decided to play another round of golf,” his son Rudi Koertzen Jr. told Algoa FM News.

For the unversed, Koertzen became an umpire in 1981 and officiated his first international game in 1992, when the Indian side was touring South Africa. At 43 years of age, Rudi Koertzen stood in his first Test match in Port Elizabeth. It was the first series in which television replays were used to judge run-outs. 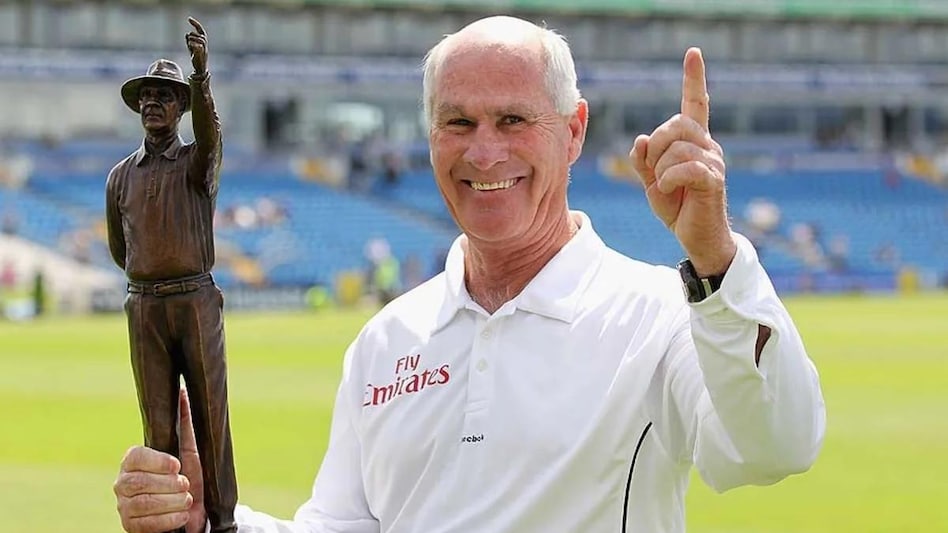 He was later appointed as a full-time International Cricket Council (ICC) umpire in 1997. In 2022, he became an elite member and eventually became the second umpire in history, after Steve Bucknor, to officiate in more than 200 ODIs and 100 Tests.

Rudi Koertzen was also the third-umpire in the 2003 and 2007 World Cup finals. In 2010, Koertzen retired from international umpiring after the Test match between Australia and Pakistan.

Meanwhile, tributes have been pouring in from all corners from the fans and cricketers around the world. Fans are paying emotional tribute to the legendary umpire for his contribution to the cricket world.

Among many, former Indian cricketer Virender Sehwag posted an emotional tribute for the legendary umpire. He wrote:

“Vale Rudi Koertzen ! Om Shanti. Condolences to his family. Had a great relation with him. Whenever I used to play a rash shot, he used to scold me saying, “Play sensibly, I want to watch your batting”. One he wanted to buy a particular brand of cricket pads for his son (cont)”

He added: “And enquired about it from me. I gifted him and he was so grateful . A gentleman and a very wonderful person. Will miss you Rudi. Om Shanti”

Had a great relation with him. Whenever I used to play a rash shot, he used to scold me saying, “Play sensibly, I want to watch your batting”.

One he wanted to buy a particular brand of cricket pads for his son (cont) pic.twitter.com/CSxtjGmKE9

Check out the tweets:

If you’ve umpired at any level of cricket, it’s unlikely you haven’t paid “Rudi Koertzen” an ode by playing on the batter’s nerve & raising a slow finger of doom #RipRudi

Former umpire Rudi Koertzen has passed away at the age of 73.

May he rest in peace. pic.twitter.com/N6AAJTy8mr

RIP to one of the best Umpire in the World Rudi Koertzen 🥲. I always enjoyed bowling from his end. Condolences to the family and friends #RipRudi pic.twitter.com/WxqbfbDfGG

RIP to one of the best cricket umpires Rudi Koertzen 🥲 pic.twitter.com/nWEhXPj1d3

Rudi Koertzen dies aged 73 years. A top umpire, he had followed cricket first as a league player while being a clerk with South Africa Railways. Starting his umpiring career in 1981, he retired in 2010. He umpired in 108 Tests, 209 ODIs & 14 T20 Internationals. RIP pic.twitter.com/l3L4rwSaMN

Saddened at the tragic loss of Rudi Koertzen. What a wonderful friend and umpire. Honest, forthright and loved the game. Shared many a beer at the bar talking cricket with him. RIP my friend.

Former umpire Rudi Koertzen and three other people have been killed in a car collision. The crash occurred on Tuesday morning in an area called Riversdale in South Africa

Have just heard tragic news out of South Africa that former ICC Test Umpire, Rudi Koertzen, has died in a car accident, aged 73. Rudi was such a personality in the game and an outstanding umpire. Thoughts with Rudi’s family right now. RIP Rudi Koertzen.

South Africa will be wearing black armbands, in honour of the umpire Rudi Koertzen, who apparently has died, which is sad news

Quiz: Name Every Batter With Men’s Test Hundreds From No. 9 Or Below