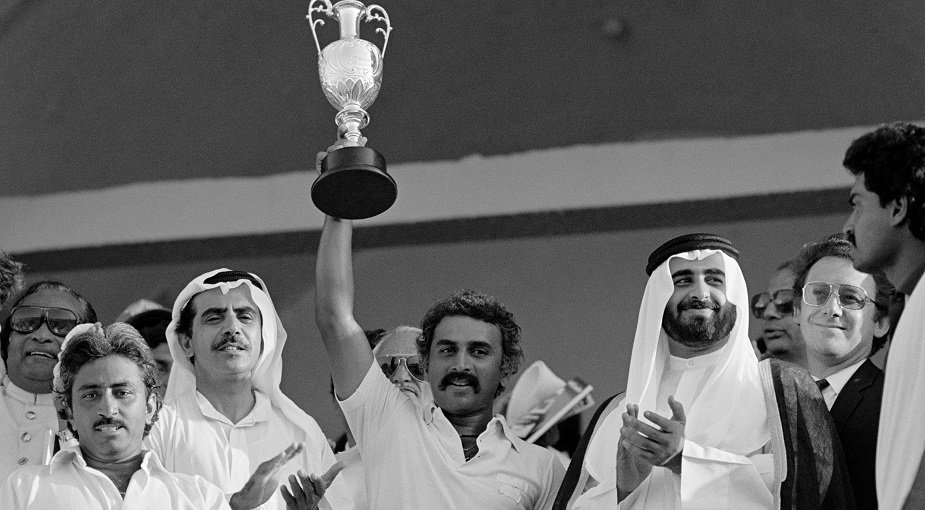 On June 25, 1983, BCCI President NKP Salve wanted two extra passes for the World Cup final, in Lord’s. The denial had not gone down well with him. England had hosted the first three editions of the World Cup. Salve became determined to host the World Cup outside of England.

A Union cabinet minister, Salve realised that he – or India – could not do it on their own. He got on board Nur Khan, President of the Board of Control for Cricket in Pakistan, and Gamini Dissanayake, Chair of the Sri Lanka Cricket Board. On September 19, the Asian Cricket Conference (later Council) was founded in New Delhi, with the three ICC Full Members, along with Bangladesh, Malaysia, and Singapore, as members.

This was a significant moment in the history of cricket. Until this point, international cricket had been run by the ICC. The ACC became the first regional organisation to host international cricket and generate profit. And unlike some decentralised predecessors – Kerry Packer’s World Series or the Rebel Test matches in South Africa, for example – the Asia Cup, conceived by the ACC, was a legal competition.

They chose Sharjah, in the United Arab Emirates, as the venue. This was yet another departure from tradition. With the exception of the 1912 Triangular Tournament in England, international cricket had always been played on the home ground of one of the two participating teams. Limited-overs cricket changed that. The World Cups – both Women’s and Men’s – featured ‘neutral’ matches, as did the triangular ODI tournaments in Australia.

The ACC, however, decided to go a step further. The inaugural edition of the Asia Cup, in 1984, was played in the United Arab Emirates, who became the first nation to host an international cricket tournament they did not play in. The UAE were not even a Full Member of the ICC.

It might have seemed counterintuitive, but the UAE had a substantial share of South Asian population. The sporadic tours from Pakistan domestic sides did little to satiate their appetite. Then, in 1981, Abdul Rahman Bukhatir helped host a benefit match for former Pakistan captains Hanif Mohammad and Asif Iqbal in Sharjah. The India-Pakistan match, billed as a contest between Sunil Gavaskar’s XI and Javed Miandad’s XI, had been a success.

Would it work for matches not involving India or Pakistan as well? In 1982-83, an England XI had played an ‘International Exhibition Match’ against a Pakistan XI in Sharjah. Pakistan had won this one too. The turnover had been satisfactory. Amidst all this, Sri Lanka had played their first Test match in 1982, while India had won the World Cup in 1983.

Given the expatriate population of the three countries, the staging of a triangular tournament seemed logical. Whatever doubt was there over hosting the tournament in Sharjah dissipated at the absurd prize money: USD 50,000 for the champion, 30,000 for the runners-up, and 20,000 for the third team. The Player of the Match award – USD 5,000 – was no mean amount either.

The tournament was played in round-robin league format without a final. The organisers had probably assumed that the last league match – India versus Pakistan – would end up being a virtual final. Unfortunately, Sri Lanka decided to spoil Pakistan’s party. A young, bearded seamer called Arjuna Ranatunga took 3-38 to restrict Pakistan to 187-9. Sri Lanka won by five wickets.

This was the first ODI played at the Sharjah Cricket Stadium. The venue still holds the record for hosting the most ODIs (244) – considerably more than the Sydney Cricket Ground and the Harare Sports Club (159 each). Throughout the 1980s and 1990s, there would be numerous ODI tournaments in Sharjah, involving at least one, ideally both of India and Pakistan.

In the Asia Cup, India bowled out Sri Lanka for 96 to win the second match by 10 wickets. The margin of victory virtually ensured that they had won the trophy unless Pakistan beat them emphatically in the last match. As things turned out, India bowled out Pakistan for 134 to win by 54 runs. The Player of the Tournament award went to Indian wicketkeeper Surinder Khanna.

The die had been cast. Over the years to come, ACC members would have fallouts, but the Asia Cup would continue. Salve fulfilled his dream in 1987 when India and Pakistan co-hosted the World Cup. Nine years later, Sri Lanka would join them in hosting the tournament. The broadcasting rights of that edition would trigger a change in the global economics of cricket that would, in the new millennium, put India in an unprecedented commanding position.

But that is another story.