‘The Future Is Here’ – Trent Boult Released From Central Contract, Will Continue To Play Domestic Leagues 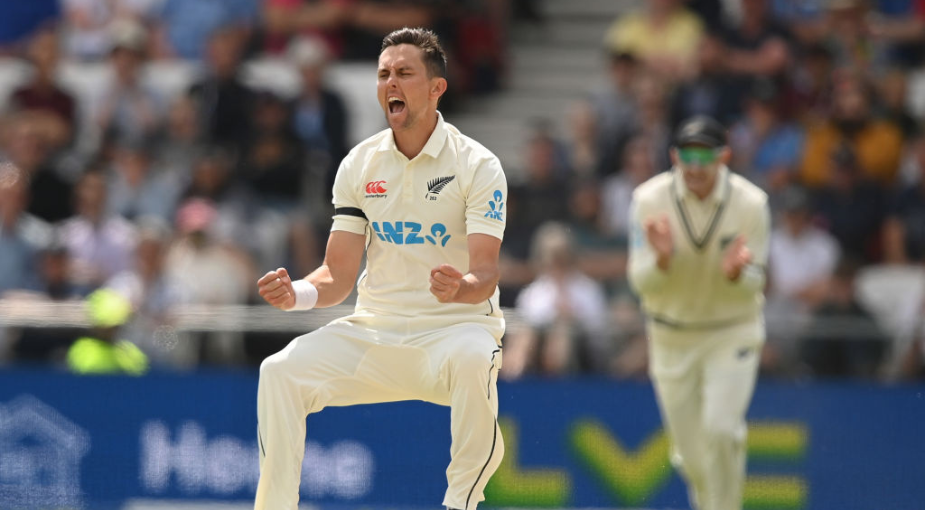 New Zealand Cricket has released Trent Boult from his central contract to enable him to spend more time with his family and make himself available for domestic leagues.

Boult, 33, will still be eligible for selection if and when available, but will have a “significantly reduced role” to play for the international side for the rest of his career. However, he will play in New Zealand’s white-ball series against West Indies in the entirety, starting on August 10.

Boult has taken 317 Test wickets to go with another 169 in ODIs and 62 in T20Is, and has been the spearhead of the New Zealand attack for years now. However, at this point, he wants to spend more time with his family, which includes his three children. He wants to cut down on touring time, said NZC chief David White: “We respect Trent’s position. He’s been completely honest and up-front with us about his reasoning and, while we’re sad to be losing him as a fully-contracted player, he leaves with our best wishes and our sincere thanks.”

White also gave an inkling of the future of Boult the international cricketer: “We’ve had several conversations and I know Trent understands that, in terms of selection, NZC will continue to make a priority of those players with either central or domestic contracts.”

“I still have a big desire to represent my country and feel I have the skills to deliver at the international level. However, I respect the fact that not having a national contract will affect my chances of selection. Having said that, as a fast bowler I know I have a limited career span, and I feel the time is right to move into this next phase.”

The decision prompted a lot of responses, with viewers increasingly getting concerned over the future of international cricket, which faces a threat due to various domestic leagues.

Will be one to watch around the https://t.co/LBheejSXjy

Reading the statement, I wonder if Boult will make himself available for @BLACKCAPS selection only for World Cups and home summers of cricket.

It’ll of course be up to NZ Cricket as to whether to pick him in those circumstances. https://t.co/TTo4IvrXFd

So not exactly a retirement. But national duty comes at the very last. A trend that’s going to catch up in the coming days as cricket’s landscape witnesses change? https://t.co/ij1IKzxxKw

Here we go. The future is here? https://t.co/hpb2pkgyED

Not one bit surprised. Very young really skilled t20 cricketers who don’t have Test ambitions and slightly older cricketers who have satisfied their cricket ambitions would naturally lean this way. 3-4 leagues should help them earn more than what they earn currently. https://t.co/lkc3UV3cIP

There’s no reason to think this isn’t mostly a personal decision, and Boult has nothing to prove to anyone as an international cricketer, but it’s another spotlight on the issues players from poorer boards have when it comes to balancing workloads. https://t.co/pi2RHj15gi

Family first. Franchise leagues second. Then comes international cricket. Boult is the latest to join the list that will keep getting longer https://t.co/cTqFhnkKQI

With regard to the Boult decision, and others in recent times, I hear people talking of greed and opportunism. But do remember cricketers finish their playing careers when most others are entering their best phase. And we change jobs that offer more money and convenience, no?

The decisions that Quinton de Kock, and specifically Trent Boult, have made, point to a future of shorter international careers and more players happy to be part of the gig economy. With young families, it isn’t easy to play both, international cricket and T20 leagues.

Brave of Trent Boult to take this decision. He is 33, so after playing all his life under a contract, he has every right to go freelance, and make the best of his remaining years.

Kudos to New Zealand Cricket @BLACKCAPS to not throw a hissy fit about it.

MASSIVE NEWS in the context of proliferation of franchise cricket. Quite possible that Trent Boult will prefer ILT20 or some other franchise cricket around the time New Zealand will be touring Pakistan for Test series in Dec-Jan. More players likely to take this route in future. https://t.co/LxSGh9Xtp1

Can see more and more players winding down intl careers early. The length of Test/ODI tours versus coming and going from short leagues, & in many cases, earning more. Boult is 33, has had an incredible intl career. Legacy set. But we won’t see so much of him with NZ now https://t.co/tYyTLWBnWk

Trent Boult pulling out of his New Zealand central contract is huge news: every chance he has played his last Test and that their loss will be Rajasthan, Paarl and Barbados Royals’ gain

Big news this! Likely will be the last of Boult in Test cricket at least with significantly less role in other formats.

We’ll see more of these retirements/semi-retirements this upcoming year, mainly from players associated with franchises having teams in multiple leagues. https://t.co/AcbCIVUqny

So Trent Boult following the Faf route … free agent playing in the T20 leagues around the world,he is 33 years old to be fair so one can understand that he wants to spend more time with the family and make good money on the T20 circuit…SA T20 League for him maybe? #sscricket