What Can We Expect From New ECB Chair Richard Thompson? 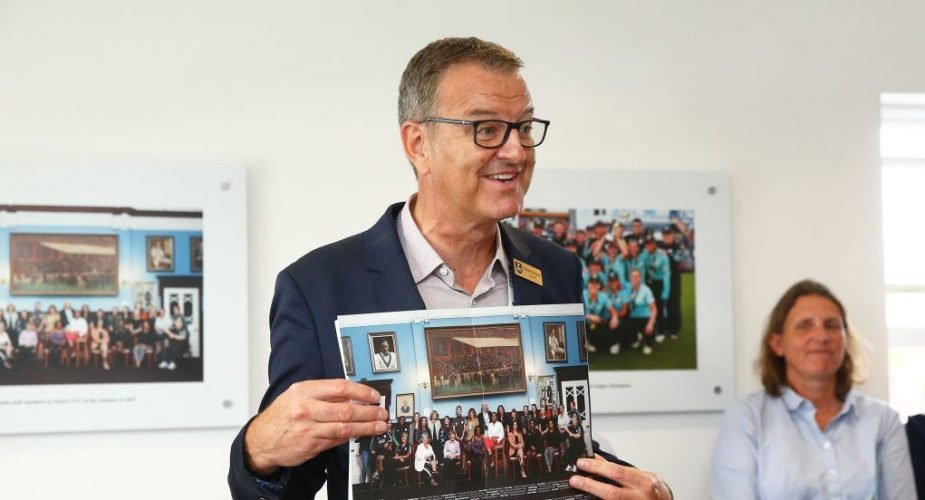 Richard Thompson, 55, has been appointed as the new chair of the ECB.

Thompson will begin his five-year post on September 1, having been one of three candidates that had been shortlisted for the position to replace previous chair Ian Watmore, who resigned last October after England cancelled their tour of Pakistan.

So who is Richard Thompson?

Thompson has a history as a successful businessman and is the founder and chair of the creative agency M&C Saatchi. He also has a strong cricketing background having been chair of Surrey CCC since 2010.

In that time, Thompson has been a key factor in making Surrey one of the most successful and profitable counties and is also credited with being instrumental in the formation of the ACE Programme in 2020.

Thompson takes over at a particularly volatile time in English cricket with a number of major decisions to be made in the near future, including the implementation of the ECB’s high performance review.

Renewed protection of the domestic game

Thompson’s strong connection to the county game makes him a popular choice for chair from within the counties. Thompson has previously spoken in opposition to The Hundred and in 2018 he resigned from his position on the ECB board due concerns he had over a lack of transparency in decision making.

Upon taking the role, Thompson said that, “cricket should be the most inclusive sport in the country, welcoming people from all backgrounds, helping bring communities together. For those communities where we have fallen short, I will work tirelessly to restore their trust in the game.”

Thompson has been widely praised for his backing of the ACE Programme at Surrey, which has since become an independent charity and grown across the country. In April, the ECB announced that it would fund the programmes’ “continued expansion”.

One area that Thompson may look at is whether the South Asian Cricket Academy, a programme designed to address the disparity between the number of South Asian players in the recreational game vs the professional, will receive funding from the ECB. Currently it is funded by Birmingham City University and having launched this year has already seen Andy Umeed and Kashif Ali receive professional contracts.

How would he like to see the county game restructured?

Thompson has been keen to stress that all 18 counties should be valued the same within the county game. In a 2018 interview with The Cricketer he said, “The problem is you’ve got the fear of the category Bs and Cs – you’ve got a group of 10 clubs there who are probably feeling the As are going to become enriched by the new competition [The Hundred] and that has automatically created, by default, a division. The ECB have got to correct that division to make sure they are not disaffected and they don’t feel second-class counties.

“Red-ball cricket has got to play a big part in this. There’s got to be a real sense that we can’t allow red-ball cricket to become diminished any further or devalued any more. The game is probably divided between formats and Test-match and non-Test match grounds. In that sense, the game does feel quite divided but with the new competition still two years away, there is a lot still to be worked out.”

These words will be a source of comfort to many counties as it is yet to be agreed whether they will continue to receive annual payments of £1.3m for allowing The Hundred to take place from 2024 onwards.

Speaking on the Wisden Cricket Weekly podcast, Mark Butcher, who has known Thompson for many years through his association with Surrey, recalled Thompson’s early opposition to The Hundred and the reasons behind it.

“Because I was a Surrey general committee member,” said Butcher, “I was in some of the meetings with the ECB when it was getting very fractious because clearly, not having one of the big counties with the big ground on board was a big problem for the ECB.

“And Richard very much stood his corner and very much spoke up for the other counties. He understood that the position that Surrey was and is in was very different from the others and was very keen to point out that, ‘yeah, okay, for us we feel we put on T20 matches as well as anything, and nothing you can do that’s not Surrey is going to be any better than what we do here already. So from our point of view, you need to sell it a little bit better. And from everyone else’s point of view there is a danger they’re kind of signing their death warrant a bit.’ And he was very keen to point that out. And that was the reason that Surrey took the stand that they did.

“As it turned out there was no stopping The Hundred but I think it was an important marker for someone like him to have laid down in terms of having the 17 other chairs look at him and go, ‘well, okay, this guy was willing to stick his neck out for us on an issue as big as this, even when Surrey CCC didn’t need to and didn’t have to’. So that’s the kind of guy you’re dealing with.”

Butcher went on to describe Thompson as a man who, “doesn’t suffer fools, that’s for sure”.

“He will stand his corner on things he believes strongly in. Thommo was a very successful businessman before he had his first go at being with Surrey. He was on the board for that period where Surrey started to win championships and build that fantastic team around the turn of the century. He then walked away and went off and pursued other interests, but then saw the way things were going at the club, didn’t like it and decided to come back again. So he has that perspective of someone that has been in the job, then gone off and pursued other things and come back to it simply out of the love of the club and the game.

“On a personal level, terrific fun. Great fella, very sociable and very willing to mix and talk to everyone. But if you get on the wrong side of him you’re in serious trouble.”