With 430 runs, Ishan Kishan is India’s second-leading run-scorer in the year 2022. Only Shreyas Iyer (449 runs) has scored more runs than Kishan. As it turned out to be – both are not part of the 15-man squad for the upcoming Asia Cup; while Iyer is still in the standbys, Kishan hasn’t found a place in that too.

Since making his T20I debut last year, Kishan has been touted as the back-up opener to Rohit Sharma and KL Rahul, and even opened in the T20 World Cup 2021 encounter vs New Zealand pushing Rohit at number 3. 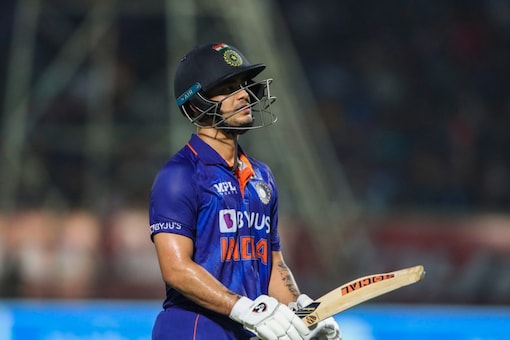 But, now, though, despite all these, Kishan has fallen off the radar of the selectors and the management. India have tried the likes of Rishabh Pant and Suryakumar Yadav as openers on their trips to England and West Indies respectively, who will be the opening back-ups – and Deepak Hooda – in the Asia Cup 2022 as KL Rahul has returned to the eleven.

The 24-year-old Kishan, however, is taking out the positive from his selection snub, saying that the call by the selectors is a “fair” one.

“I feel that what selectors do is fair. They put a lot of thought while selecting players as to who should be given the opportunity and where. It is a positive for me because if I am not selected, I will work harder and score more runs. When selectors will have confidence in me, they will obviously keep me in the team,” Kishan told ANI.

Patna, Bihar | Whatever has happened is fair. Selectors think a lot of things before selecting players. This is a positive thing for me, I’ll work on myself, win their confidence so they may choose me to team next time: Indian cricketer Ishan Kishan on being dropped from Asia cup pic.twitter.com/emfYXMTS4J

Ishan Kishan continues to remain in the scheme of things: he is part of the squad to tour Zimbabwe for 3 ODIs, slated to be played in Harare on August 18, 20 and 22. The Indian team in Zimbabwe will be led by KL Rahul, who has been given a green signal after his bout with covid-19. Shikhar Dhawan, who was initially named as the captain, will now shift as Rahul’s deputy.

Shreyas Iyer, Axar Patel and Deepak Chahar have been named as standbys