Watch: Cheteshwar Pujara Smashes 22 Runs In An Over En Route To His First List A Hundred Since 2018 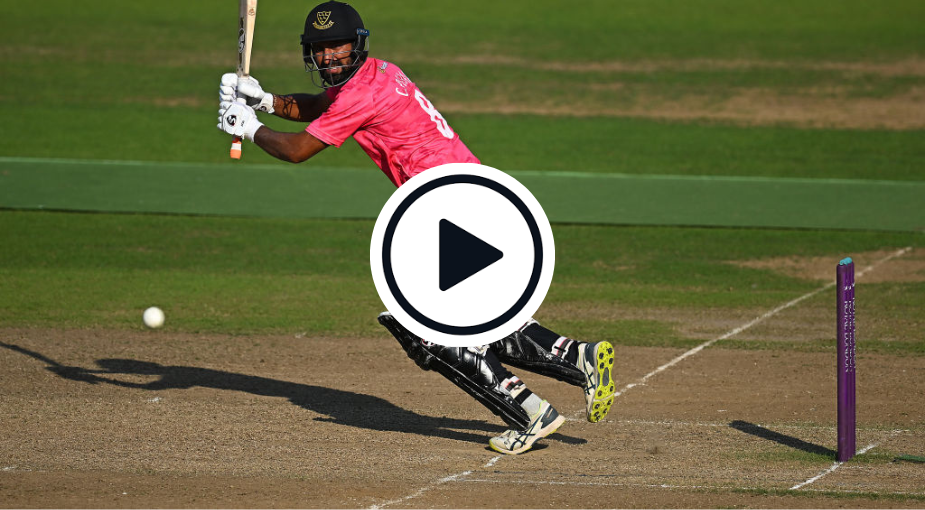 Watch: Cheteshwar Pujara scored 22 runs in the 45th over of the 2022 Royal London One Day Cup en route to his 12th List A hundred, and first in four years, on Friday.

Pujara, who is leading Sussex after an injury to regular captain Tom Haines, was at his aggressive best against Warwickshire at Edgbaston. He hit two sixes and seven fours in his 107 off 79 balls. Walking in to bat at No.4 with Sussex chasing 311 for a win, Pujara held anchor at one end even as wickets kept tumbling around him.

He switched to ‘beast mode’ in the 45th over of the innings, bowled by Liam Norwell. He scored 12 off the first four balls before taking the aerial route, launching a huge six over the bowler’s head. He finished off the over with another four, jumping from 66 in 59 balls to 88 from 65.

His efforts, however, were in vain as Sussex lost by four runs.

This was Pujara’s second fifty-plus score in the ongoing competition, having earlier struck 63 against Gloucestershire. His 12th List A hundred took his average to 54.56, the second-best among all Indians who have batted in at least 100 times in the format. However, he has been unable to translate his success to the international stage, scoring 51 runs in five ODIs at an average of just over 10. His last ODI appearance was in 2014.

Watch Pujara scoring 22 runs off an over here:

Cheteshwar Pujara has just smoked 22 runs in an over for Sussex in the One-Day Cup pic.twitter.com/MiKhZveRKy